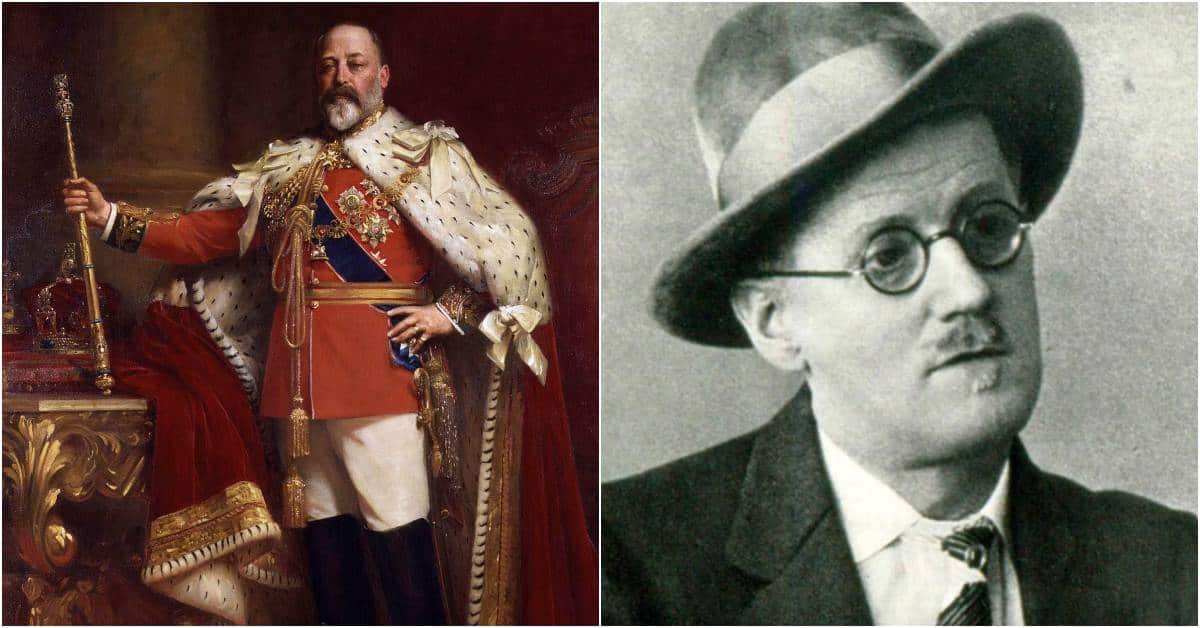 Aleister Crowley (1875 – 1947) was an English occultist and writer who claimed to be a magician – not the stage tricks kind of magician, but the warlock, spells and sorcery type. An L. Ron Hubbard type before there was an L. Ron Hubbard, Crowley also founded a religion in the early 20th century, Thelema, whose prophet he asserted himself to be, entrusted with guiding mankind to the “Aeon of Horus”.

A fundamental principle of Thelema was that the 20th century would usher in the Aeon of Horus, which would overthrow all existing codes of morality and ethics. In the new age, people’s “True Will”, which they would discover via magic, would be all that matters, and Crowley summarized the Horus era’s ethics as: “Do what thou wilt shall be the whole of the Law“.

Crowley’s magic religion included lots of sex with his followers, which he termed “Sexual Magic”, whereby orgasms and bodily secretions were used as components of magic spells. The main precept of Sexual Magic was that all adherents should be completely open and uninhibited about sex, without social limitations or restraints. Also, followers should expose their children to sex from infancy, and accustom them to witness all kinds of sexual activity.

In 1920, Crowley and his followers established a religious commune in Sicily, the Abbey of Thelema, but it was not long before the perverse goings-on there led to controversy, scandals, and denunciations, that became regular fodder for the British and Italian press. Responding to the outcry, the Italian government finally shut down the commune and evicted everybody in 1923. Crowley then hit the road, and split the remaining two decades of his life traveling between Britain, France, and Germany, to promote his faith.

Hans Christian Andersen (1805 – 1875) was a Danish author who penned plays, poems, novels, travel books, and autobiographies. His specialty, however, was literary fairy tales, and his works in that genre, which include The Little Mermaid and The Ugly Duckling, are among the most widely translated writings in the world and have been a staple of childhood for generations of children around the world.

Anderson’s own childhood was an unhappy one. Born to impoverished parents, he grew up in dire want, and as a child, his mother sent him to work in a local mill to help make ends meet. The childhood penury was compounded by a childhood homeliness, or ugliness, if you will, that made the young Andersen an object of teasing, mockery, and bullying by his peers – The Ugly Duckling was actually based on his own miserable childhood.

He also had a maudlin and needy streak and kept falling in love with people – both men and women – who did not reciprocate his feelings. He had a habit of writing cloyingly mawkish love letters to the objects of his affection, and frequently penned long tracts, gushing about his feelings to women whom he knew were uninterested and would turn him down – in a way, he throve on rejection. Then he would rush back home and earn more ++ entries for his diary.

While notoriously debauched Roman emperors such as Caligula, Nero, and Heliogabalus, are better known because of their ostentatiously bizarre behavior and public displays of sexual deviancy, the Roman emperor Tiberius (42 BC – 37 AD, reigned 14 – 37 AD), while not as out of control insane as the aforementioned trio, matched and likely exceeded them in perversion. He just preferred to be a pervert in relative privacy and seclusion, rather than put it all out on public display.

Unlike Rome’s other notoriously perverse rulers, Caligula, Nero, and Heliogabalus, who ascended the throne as teenagers or immature young men and went crazy with the sudden power, Tiberius came to the throne as a mature middle-aged man approaching old age – he was in his mid-50s when he succeeded Augustus as Roman emperor in 14 AD. As such, he was not driven by youthful passions and the need to engage in ostentatious displays to shock and attract attention – behavior which would have run against his personality, anyhow, since even as a young man, Tiberius was taciturn, withdrawn, and introverted.

Instead, Tiberius built himself a vast pleasure palace and compound, secluded on the island of Capri. There, he wallowed in all kinds of sexual perversions, most notably pedophilia with children of both sexes. Among other things, he had toddlers trained to dive underwater while he was in a pool to “nibble” at him as he swam – he called them his “minnows”.

He also had pleasure gardens stocked with teenaged and prepubescent boys and girls, dressed in outfits from Greco-Roman myths and legends or running around naked, to frolic about, display themselves for his pleasure, and engage in sex on command with each other – as he grew older, Tiberius grew increasingly impotent, and so was often reduced to being a spectator in the perversions acted out for his pleasure.

Tiberius was probably the dirtiest and seediest old man to have ever ruled Rome, and if perversion was a contest, he could make a credible challenge for the title of history’s most perverted ruler, ever.

National Trust – The Great Beast 666: Who Was Aleister Crowley?