Today In History: 2 Seats Of Power Merge As Augustus Is Made Pontifex Maximus (12BC) 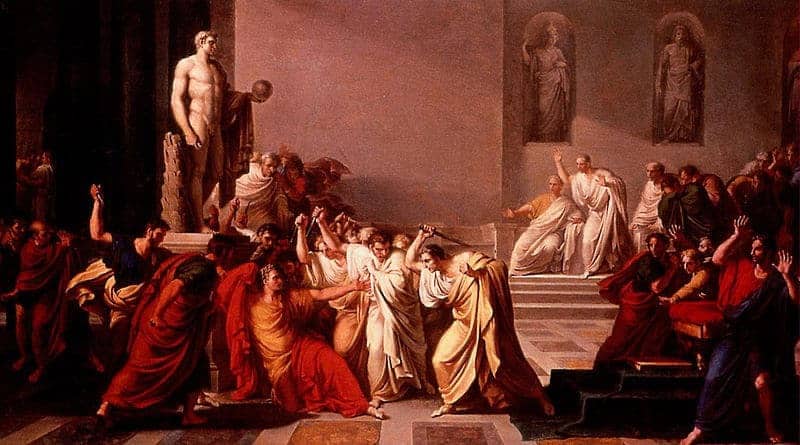 Today In History: 2 Seats Of Power Merge As Augustus Is Made Pontifex Maximus (12BC)

On this day in history, the Roman emperor Augustus was recognized as Pontifex Maximus. Some would say, the merging of the highest religious and highest political rank endowed Augustus with immeasurable influence and power. Religion and politics inevitably overlap. Without a partition separating the two influences, the laws of the empire become difficult to distinguish from religious moral codes.

Pontifex Maximus, literally means, “greatest bridge builder.” It was a fitting title for Augustus depending upon what point of view one looks at him from. Aristocrat politicians accused him of selfishly wielding too much power; roman citizens worried he did not have enough. Up to the point of Augustus, the title of Pontifex Maximus had been adorned only by the high priest in the College of Pontiffs. Fusing the most important religious post into the political fold was in part motivated by an aggressive aristocratic senate that appeared be working in sync to push Augustus from power. Concerned Roman citizens were thrust deeper into panic and began rioting when Augustus failed to stand for election to a consul position. He had given his counsel as a part of a settlement to demonstrate to the senate his willingness to adapt accordingly to the claim he had made some unscrupulous political decisions.

The Second Settlement was established to better define the powers of the emperor. Augustus had reigned for years and during that time consolidated power that resulted in his domination over the entire Roman political system. He diplomatically agreed to the senate’s wishes, then replaced powers revoked by absorbing additional ones — including full powers of the magistracy, tribunician authority, and, of course, Pontifex Maximus. At the time this was all happening, the average Roman citizen was getting weighed down by worry over food shortages.

It was assumed by many Augustus would run again for consul and with his full authority redeemed, he would restore food supplies. When he failed to run for the seat, the citizens began to protest. It has been noted the Second Settlement’s details did not address the Plebians (average roman citizen) which turned out to be advantageous for Augustus. With the city up in arms over the emperor’s weakened position, no one dare lay claim to his seat for fear the city would erupt in civil war. Eventually, order was restored and the Second Settlement came to mark the beginning of a period of political and constitutional stability.