This Day In History: The Germans Surrender In Africa (1918) 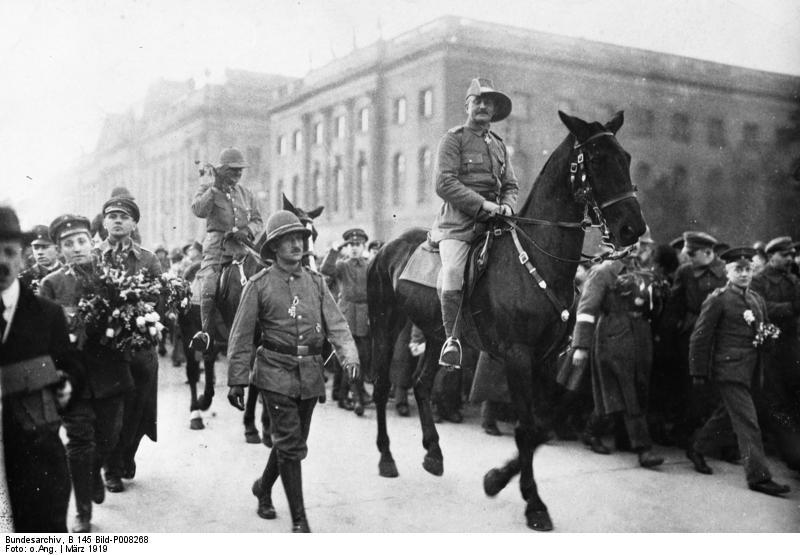 This Day In History: The Germans Surrender In Africa (1918)

On this day in 1918, a fortnight after the end of the war on the Western Front, the Imperial German commander, Colonel Paul von Lettow-Vorbeck surrenders in East Africa. For four long years, the German commander an inspirational leader and a master of unconventional warfare had defied the odds and frustrated the attempts of Britain and its allies to capture and destroy him. Lettow-Vorbeck was an officer of the old school and believed that it could be conducted in a chivalrous manner. When he surrendered on this day he was the only undefeated commander of the war. He had served his country well and for four years, despite receiving no help from his superiors or government. Lettow-Vorbeck did not receive any reinforcements or arms from Germany after August 1914 because of the British Navy’s blockade. Despite this he was able to defy the might of the British Empire and its allies for four years.

He developed a strategy that would allow him to live off the land and to find supplies. Lettow-Vorbeck was a soldier in the Prussian tradition and his men were well disciplined and organized. His army was mainly composed of local African troops known as Askaris and they proved to be formidable fighters. They displayed great loyalty to their commander. This was because the German trusted his men and he allowed them to operate in independent companies and he also respected his local African soldiers. They were adept at bush fighting and ambushes. Lettow-Vorbeck organized several raids on the British colonies of Kenya and Rhodesia. The British efforts to capture and destroy the forces of Lettow-Vorbeck was disorganized. They launched several amphibious assaults on the East African territories of German (modern Tanzania) but they were all repulsed by the Ashkaris.

Lettow-Vorbeck never had more than 15,000 men and only 3000 German colonial soldiers. He managed to defeat or frustrate a force that was almost eight times that number. His British opponents came to greatly respect him. The Germans ranged over a wide area of eastern and central Africa and managed to cause the allies a great deal on trouble. However, over the years he lost many men, mainly to sickness, yet he was never defeated in battle. In November 1918, he surrendered, but only after hearing of the Armistice on the Western Front. He surrendered his 3000 men in modern-day Zambia and when he returned to Berlin, he was treated as a national hero. After supporting the Kapp-Putsch he was forced to leave the army. Lettow-Vorbeck became a politician and served in the Reichstag and he later tried to organize a Conservative opposition to Hitler. He managed to survive the war and lived to a ripe old age. His old foe Jan Smuts granted him a pension, a measure of the respect the allies had for Lettow-Vorbeck.