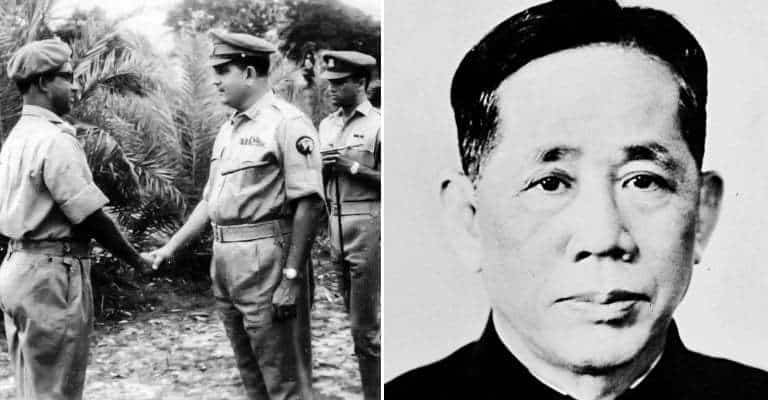 It pays to know your place and embrace your role as one of Emomali Rahmon’s legion of sycophants. In 2017, a young history teacher named Saidsho Asrorov made a speech praising Tajikistan’s leader when the dictator visited the Khatlon region. Rahmon was so impressed that he immediately ordered his men to find young Asrorov a wife. It has to be said that Rahmon, who became leader in 1992, is far less cuddly when dealing with anyone he classifies as a dissident.

Although there was already no doubt as to Rahmon’s dictatorship, the people of Tajikistan voted to allow him to rule indefinitely in a referendum in 2016. It is possible that Rahmon will stand down in 2020 because his son will be eligible to stand in the election that year. Rahmon ensured that the minimum age to become president in the country was lowered to 30. His son will be 33-years old by the time of the next election.

Time will tell if his son will take power and if he does, will he be an even bigger tyrant than his father? That would be quite a feat given Rahmon’s appalling human rights record. Freedom of speech in Tajikistan is so restricted that you could end up in jail for the ‘crime’ of telling a joke. As you can imagine, criticism of the president is strictly forbidden. It is normal for his group of thugs to beat, torture, and electrocute ‘dissidents’ at will. They also enjoy pouring boiling water on their victims.

No one knows how many people have been murdered during Rahmon’s reign, but realistically, it is probably in the thousands. During a crippling food shortage in 2012, he told his starving people to eat less and store more. On another occasion, a YouTube video showed he getting drunk and acting the fool on the karaoke machine, so he banned the platform in Tajikistan. In 2013, he threw a man named Savriddin Dzhurayev in prison for attempting to overthrow the government. The allegations dated back to 1992 when Dzhurayev was just seven years of age. Nguema is arguably one of the worst dictators any African nation has ever been forced to endure, a hell of a statement when you consider Idi Amin’s existence. Nguema became the leader of Equatorial Guinea in 1968 when he won the only free election the country has ever had. It is difficult to imagine the people choosing a worse president. His defeated opponent, Prime Minister, Ondo Edu, apparently committed suicide the following year although it is more likely that Nguema had him murdered after hearing rumors of a coup.

May 7, 1971, was arguably the start of his draconian leadership when he issued Decree 415 which ensured he had all direct powers that were once held by the nation’s legislative and judiciary branches. On October 18 of the same year, he introduced Law 1. It stated that threatening Nguema or his cabinet would result in the death penalty. Offending or insulting them meant a piffling 30-year prison sentence. A plebiscite on July 29, 1973, resulted in the announcement that Nguema held absolute power and officially made the country a one-party state.

It was now that the dictator really showed his bloodlust. As he had failed the colonial civil service exam three times, Nguema started punishing educated people and soon decided to murder everyone who wore spectacles. He also introduced a system of forced labor that was akin to slavery, but this brutal measure did nothing for the economy. During his reign, production of the nation’s main export, cocoa, declined by over 80%. He acted as judge, jury, and executioner and killed people by the thousands. By the time of his overthrow in 1979, Nguema had murdered or driven into exile, around two-thirds of the country’s population.

The dictator was also supremely paranoid and spent most of his time in Mongomo, his ancestral village. He apparently kept the national treasury under his bed because he trusted no one with the money. Nguema seldom visited his nation’s capital which was very bad news for the residents. By presidential decree, the power in any city was only turned on when the president came to visit. As you can guess, he eliminated any vestige of free speech in the country and routinely ordered the brutal deaths of journalists. It was normal for them to be hacked to pieces with machetes.

The end finally came in 1979 when he was overthrown by his nephew, Teodoro Obiang Nguema Mbasogo, in what was a case of self-preservation. Teodoro sent six members of the National Guard, which he commanded, to the president’s village to ask for money to pay the guards. Nguema executed all six men, so Teodoro decided to act before he was next. After the coup, Teodoro executed his mad uncle and became the new president for life. At the time of writing, he is still the dictator of Equatorial Guinea and is only marginally better than his predecessor.

The Guatemalan squeezed a lot of murder, rape, and torture into his 16-month reign as the nation’s president. His terrible crimes are remembered as the worst aspect of a brutal civil war that claimed the lives of up to 200,000 people in 36 years. Rios Montt was a general in the Guatemalan Army and became president after a coup on March 23, 1982. With the aid of a military junta, Rios Montt suspended the nation’s constitution and began a campaign against dissidents. Tragically, the people of Guatemala welcomed him at first in the mistaken belief that the nation’s human rights and safety would improve.

They couldn’t have been more wrong as Rios Montt ruthlessly targeted the poorest areas of the country in his hunt for Communists. His rationale was that people in these impoverished areas were easier to manipulate and he claimed the opposition would try to use the peasants to further their cause. Therefore, Rios Montt ordered cleaning raids to ensure Marxist ideas would not reach the countryside and other remote areas of Guatemala.

By the end of 1982, an estimated 10,000 farmers and indigenous Guatemalans died, and at least 100,000 more had to leave their homes. A United Nations truth commission report showed that during Rios Montt’s brief tenure, at least 600 villages were annihilated.

In August 1983, he was overthrown by Oscar Humberto Mejia, his defense minister, but Rios Montt survived and thrived in the political arena. In 1989, he founded the Guatemalan Republic Front and ran for president the following year. However, his ambition was thwarted when he was banned from entering the race due to a law in the constitution of 1985 which prevented individuals who had been involved in military coups from becoming president.

In 2007, Rios Montt won a seat in Congress which meant he was immune from prosecution. It seemed as if he would escape justice, like the Latin American dictators before him. However, when his immunity ended in January 2012 upon the conclusion of his term in office, Rios Montt was fair game, and within two days, the octogenarian was indicted for genocide and crimes against humanity. Predictably, he declared his innocence but was convicted on May 10. He was sentenced to 80 years in prison, but the Guatemalan Constitutional Court overturned the verdict in 2013. Two of the people who voted to convict Rios Montt supposedly had an unresolved conflict.

The trial had to be ‘reset’ back to the proceedings of April 19, 2013, and it restarted in January 2015. The new trial revisited the allegations that Rios Montt ordered the death of 1,771 people during his brief dictatorship. In 2017, he was declared mentally incompetent for the retrial, and at the time of writing, no verdict has been forthcoming. He will soon be 92 years old, and there is a danger that he will die before justice has been served.

Trujillo ruled the Dominican Republic with an iron fist for over three decades. While he was elected president for 18 of those years, he was still the leader of his nation for the rest of the time. The Trujillo Era is deemed to be one of the most violent times in the history of the Americas. Admittedly, the Dominican Republic enjoyed relative stability and prosperity, but the human cost was high. In one massacre alone, up to 35,000 people lost their lives.

Trujillo was trained by U.S. Marines and became the leader of the Dominican Republic in 1930 after a rebellion resulted in the removal of President Horacio Vasquez. One of his most loyal lieutenants was Johnny Abbes who worked for the nation’s Military Intelligence Service (MIS). Abbes could murder anyone who spoke out against Trujillo’s government and make it appear like an accident. Rather than relying on spy technology such as hidden microphones or cameras, Abbes trusted his men to get the information they needed. It was typical for Abbes’ men to torture dissidents to extract these details.

The October 1937 Parsley massacre was undoubtedly the worst atrocity of Trujillo’s reign. He ordered the Dominican Army to slaughter Haitians living in his nation’s northwestern frontier. The bloodbath lasted for a week as the Dominicans used knives, bayonets, rifles, machetes and other weapons to kill up to 35,000 people. Those who survived the massacre spoke about how the soldiers strangled victims and hacked them to death with machetes. There were also terrible stories of children getting beaten to death with rocks. Ultimately, the Dominican Republic was forced to pay paltry reparations to the Haitian Government.

Trujillo ruthlessly held on to power and murdered countless journalists that asked awkward questions about the regime. He used to wake up at 4 am and worked until 7:30 pm. He amassed enormous personal wealth during his reign, and by 1937, his annual income was estimated at around $1.5 million; the equivalent of $26 million in 2017. By the time he died in 1961, the state had seized 111 companies owned by the Trujillo family. He also had a voracious sexual appetite. As well as getting married three times, he had multiple mistresses and also reportedly raped young women regularly.

Throughout his brutal regime, there were plots to assassinate him, but his men always uncovered the conspirators and disposed of them. Finally, a group of seven assassins, some of whom were members of the Dominican Armed Forces, were successful in ridding their nation of the tyrant. On May 30, 1961, they ambushed Trujillo’s car and riddled him with bullets. Only General Antonio Imbert Barrera survived the vicious reprisals carried out by Abbes. While Trujillo’s son, Ramfis, briefly filled his father’s shoes, the Rebellion of the Pilots on November 19, 1961, permanently rid the Dominican Republic of the Trujillo’s. President Joaquin Balaguer took over and helped the country move towards democracy.

Islam Karimov: The Tyrant Everyone is Dying to Woo – OZY by Laura Secorun Palet

If you think this one’s bad, you should have seen his uncle – The Telegraph by Anthony Daniels