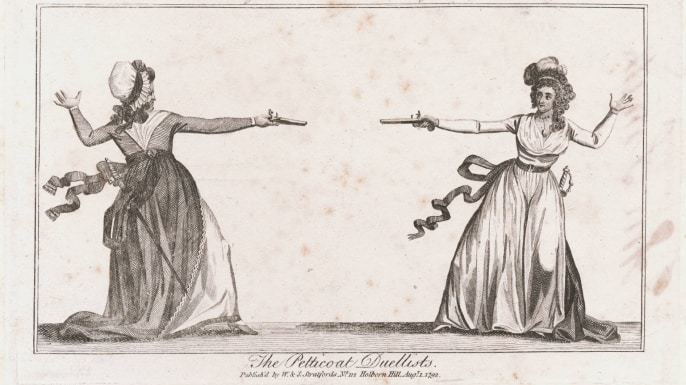 Regarded by many as Russia’s rival to Shakespeare, Alexander Pushkin is still considered one of Russia’s literary greats. As versatile as he was prolific, he gave voice to national identity at a time of considerable political strife. He was also the darling of Tsar Nicholas who, through a mixture of admiration and distrust of Pushkin’s anarchic beliefs, dragged him unwillingly into the world of court politics and intrigues. Pushkin’s wife Natalya Goncharova, dazzlingly beautiful yet dangerously immature, made sure there was no shortage of the latter.

The ambassador was never going to accept, owing to his age. But Pushkin knew this. Instead, the ambassador’s adopted son, D’Anthès, took up the challenge. On January 27, 1837, the duellists departed St. Petersburg to meet in a snow-covered field beside the frozen River Neva. It wasn’t Pushkin’s first duel; they’d cropped up time and again in his life as well as his literature. But it was to be his last. The pair exchanged shots, and while Pushkin slightly wounded his opponent, D’Anthès’s shot punctured Pushkin’s abdomen.

The epilogue makes for sad reading. Pushkin died two days later in excruciating pain. D’Anthès showed little remorse for the remainder of his life, going on to enjoy a successful political career back in France. He passed away peacefully nearly 60 years after his mortal enemy in November 1895, surrounded by his children, grandchildren, and great-grandchildren. His one regret, as he would reveal on occasion to his close friends, was that he had married Ekaterina rather than his one true love, her sister and Pushkin’s widow, Natalya.