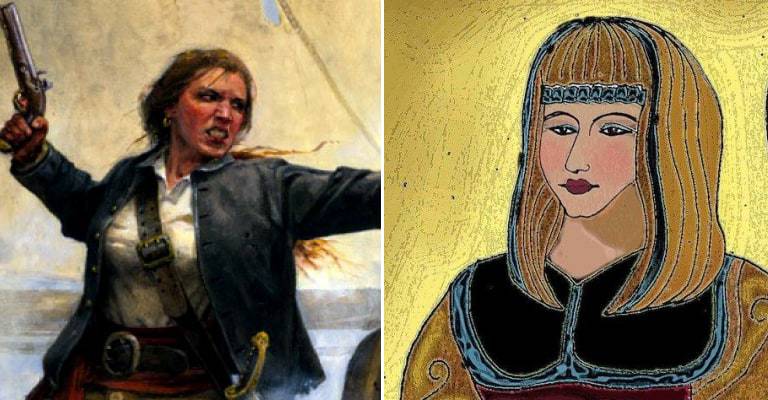 If you were captaining a ship through the Mediterranean Sea in the early sixteenth century, you’d definitely be hoping to steer clear of Sayyida al Hurra. The pirate queen controlled almost every square mile of the western part of the sea, enriching herself through the plundering of treasure and capturing of slaves. Not bad for a lady who was originally expected to play the role of a quiet, submissive and doting wife.

Sayyida al Hurra was, the history books tell us, born in the year 1485 in Granada, Spain, to a wealthy Muslim family. When the Spanish Catholic Monarchs Ferdinand and Isabella re-took the city, her family were forced to move to Morocco, where she received a full education until being married off to a friend of her father at the age of just 16. Luckily for her, her new husband happened to be the governor of the city of Tetouan and, when he died in 1515, she took on the role. She even stayed in the position after she re-married, this time to the King of Fes. But, she was not simply content to sit in her palace all day. Sayyida still felt deep, burning anger at her family’s forced to escape from Granada. She plotted revenge on her Christian enemies.

Using her status and connections, she reached out to Barbarossa in nearby Algiers and proposed an alliance. Under the agreement, she would engage in piracy in the western part of the Mediterranean, while he enjoyed the spoils of the eastern seas. The deal worked out extremely well for both parties. Thanks to her family’s wealth, Sayyida was able to build up a strong fleet and used it to target both Spanish and Portuguese ships. Any treasure on board, she kept. However, she was open to returning captured crewmen to their native countries, providing a heavy ransom was paid, of course.

Sayyida was widely respected, both by her allies and her enemies. A successful and highly lucrative raid on Gibraltar in 1540 further cemented her reputation as one of the most feared pirates in all of the Mediterranean. For almost three decades, she oversaw hundreds of raids, amassing a huge personal fortune through the taking of treasure and slaves, and is now regarded as one of the most notable women in the history of the Islamic world.

However, while her family connections may have helped kickstart her career as a pirate, so too did family matters bring the good life to an end. In 1542, her son-in-law rose up against her, successfully removing her from power and condemning her to live her final years powerlessly and impoverished. She died in self-imposed exile in the summer of 1561.