Ten Amazing Facts About Elizabeth I Of England. 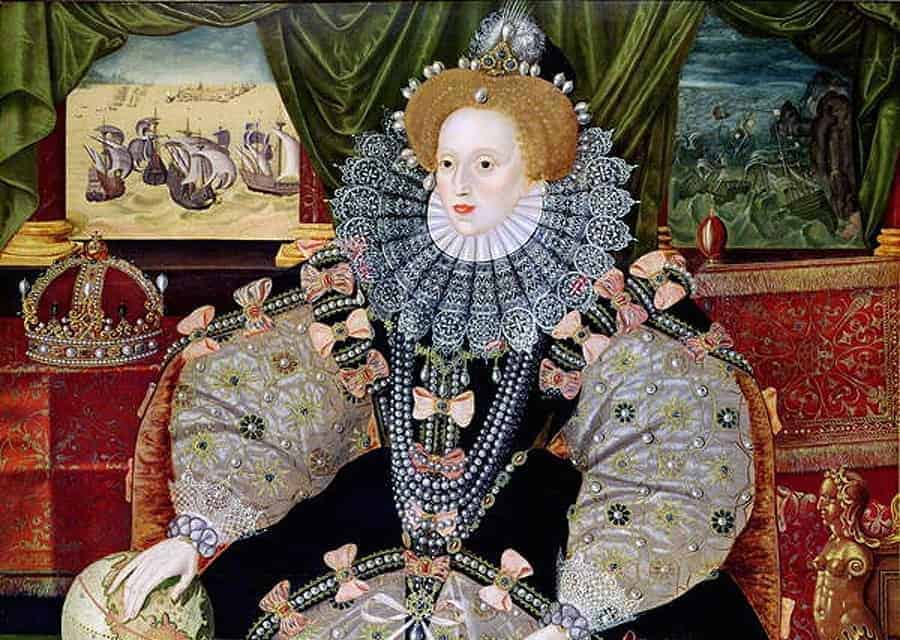 Ten Amazing Facts About Elizabeth I Of England.

Elizabeth I was one of the great English monarchs. She helped to establish England as a major power. Elizabeth encouraged the English navigators that explored the seas such as Drake and Raleigh and this ultimately was to lead to the British Empire. She also saved her country from an invasion from Spain and also ensured that England was internally stable despite deep religious divisions. She gave her name to the age, the Elizabethan Age. During her reign, England experienced a cultural flourishing and she produced writers such as Shakespeare, Spenser, Johnson, and Marlowe.

She was briefly imprisoned by her half-sister Mary I, for allegedly being complicit in a rebellion aimed at ousting her from the throne of England. Mary suspected that Elizabeth had tried to get in contact with the rebels in order to secure their help and that she wanted to replace Mary as Queen.

Elizabeth loved clothes- according to some accounts she owned 2000 gloves and hundreds of dresses.

She believed in astrology. Elizabeth often made decisions based upon her astrologer’s advice. Her astrologer was John Dee a well-known magician and alchemist.

She never married and was popularly known as the Virgin Queen. She has many suitors and received many proposals of marriage. She turned down proposals from King Philip II of Spain Archduke Charles of Austria, and French brothers Henry III and Francis, Dukes of Anjou.

Elizabeth had smallpox in her youth, Elizabeth I suffered facial scarring and hair loss. She kept up appearances with wigs and the application of thick white makeup over her face, which was very fashionable.

She was a very well-educated lady and was steeped in the classics. However, she could also swear and curse like a sailor and was notoriously foul-mouthed.

Her father was Henry VII and her mother was Anne Boylen. Henry had her mother executed. Anne was beheaded for alleged adultery. Despite this, Elizabeth was a devoted daughter and loved her father deeply.

Elizabeth was a brilliant linguist and could speak 8 languages. It is believed that Elizabeth could speak Cornish. This language is almost extinct and only a few hundred people speak it in Cornwall in the South West of England.

Elizabeth was a member of the Tudor Dynasty. Like her forebears, she was not reluctant to execute people. During her reign thousands of people were executed for treason and political crimes. Elizabeth had many Catholic priests killed in the most barbaric ways in public. It was a common sight in Elizabethan London they see heads on spikes by Tower Bridge.

Elizabeth I was to reign for 44 years. She was immensely popular with her subjects. Some historians have spoken of a cult of Elizabeth such was the devotion that she inspired. Elizabeth continued to fascinate people, down the centuries. She has been portrayed countless of times in books and films.