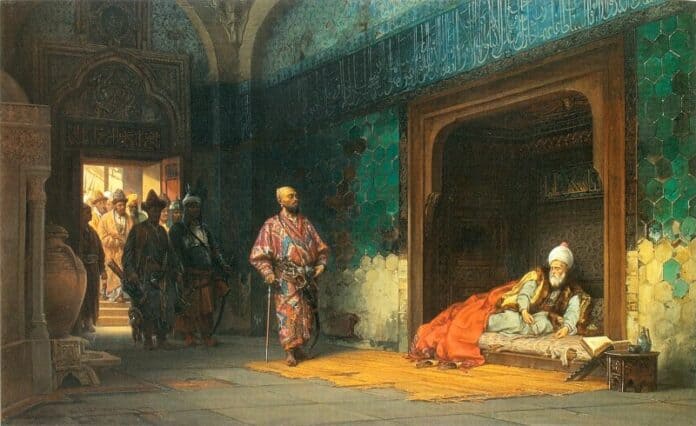 The Ottoman Turks founded one of history’s more enduring empires, which lasted for over 600 years. In its heyday, it was the world’s most powerful state. At its greatest extent, the Ottoman realm stretched from modern Algeria in the west to the Caspian Sea in the east, and from Hungary in the north to Yemen in the south. Following are forty lesser-known facts about the Ottoman Empire of the Turks.

40. The Ottoman Empire Traced Its Roots to Turkish Nomads

For thousands of years, waves of nomadic peoples have flown westward along the Eurasian Steppe, from the borders of China, across Central Asia, and beyond. Pastoral stock-breeding communities, they moved with their herds in cycles between seasonal pastures. Sometimes they migrated onward for, literally, greener pastures, or to escape pressure from other nomads. They often traded with settled communities bordering the Steppe, swapping animal products for agricultural and manufactured goods. Sometimes they raided, seizing what they could, then bolting back into the vastness of the Steppe before a pursuit could be organized.

One of the main groupings of Steppe nomads were the Turks, belligerent tribes identified early in their history with the Huns. The Turks were akin to the Mongols, and like them, founded empires. One was the sixth century AD Gokturk Empire, which stretched from China to southern Russia. Internal strife fractured and brought it down within a few generations. Another, more durable and lasting, was the Ottoman Empire. Unlike the earlier Gokturks or Mongols, whose empires collapsed within little more than a century of their founding, the Ottoman Empire lasted for six centuries.