Today in History the Battle of Petersburg began (1864)

Today in History the Battle of Petersburg began (1864) 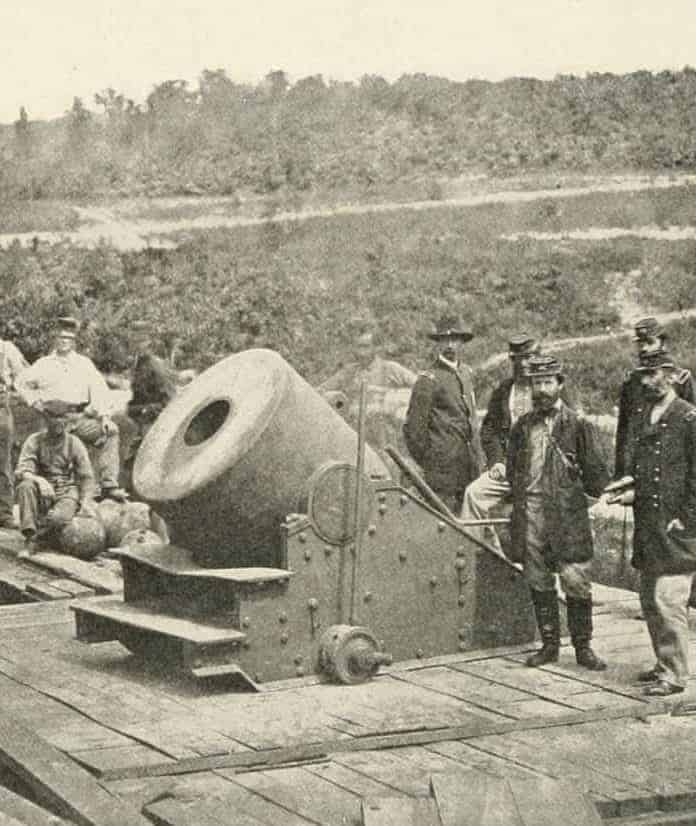 The American Civil War was entering its last phase, in 1864. General Ulysses S Grant, of the Union Army and General Robert E Lee of the Confederate Army, had fought many battles against each other. Lee, had defeated many Union Generals, but he met his match in Grant. The Union General carefully used his superior numbers to inflict many casualties on the Confederate army.

Grant and his army fought with Lee and his Confederates in Northern Virgina. This area became the epicentre of the war. Lee was determined to protect the Confederate capital from Grant’s Union army.

In 1864 Ulysses S. Grant’s Army of the Potomac and Robert E. Lee’s Army of Northern Virginia  fought each other at the critical battle at Petersburg. The Union army was intent on seizing Petersburg as it was a very important railway hub. If they could seize it then the Confederate supply lines would be effectively cut and Richmond would be vulnerable to Union artillery.

On June 14th the Union army under Grant’s direction marched around the Army of Virginia and outflanked Lee’s forces. The Union army arrived at Petersburg and they were only some twenty miles from Richmond, which was the capital of the Confederacy. Lee had only twenty thousand men, while Grant had some 100,000 men. It appeared that Grant would march on Richmond. However, Lee devised a brilliant strategy and he managed to withstand the apparently endless Union assaults. General Beauregard arrived with reinforcements for Lee and the Confederate lines held despite the assaults. The Confederates had dug a series of entrenchments around Petersburg and they were in effect under siege form the Union forces. Eventually, Grant was forced to withdraw after sustaining heavy casualties. Lee had saved the Confederate Capital.

However, he only delayed the inevitable at Petersburg in June 1864. Lee and his army was now effectively bottled up in Northern Virginia and he was cut off from the rest of the Confederacy and was unable to secure enough supplies and his men began to starve. There was to be a second battle of Petersburg in the following year. In April 1865 the two rival armies fought each other over several weeks. Petersburg was some twenty miles from the Confederate Capital and if Petersburg fell then it would almost certainly fall. Lee managed to defend the site, despite coming under attack from a larger Union force.  The two armies battered each other for nine days. Grant had a larger army and began to inflict terrible losses on Lee’s army. Finally, Grant was able to turn the right flank of the Confederate lines and the Southern army went into full retreat.

The Confederate government fled Richmond on Lee’s advice. Grant was able to occupy Petersburg and later was able to march on Richmond and captured it with only minimal resistance. A week later the Union army was able to encircle Lee and the remnants of the Confederate army and forced them to surrender at Appomattox.