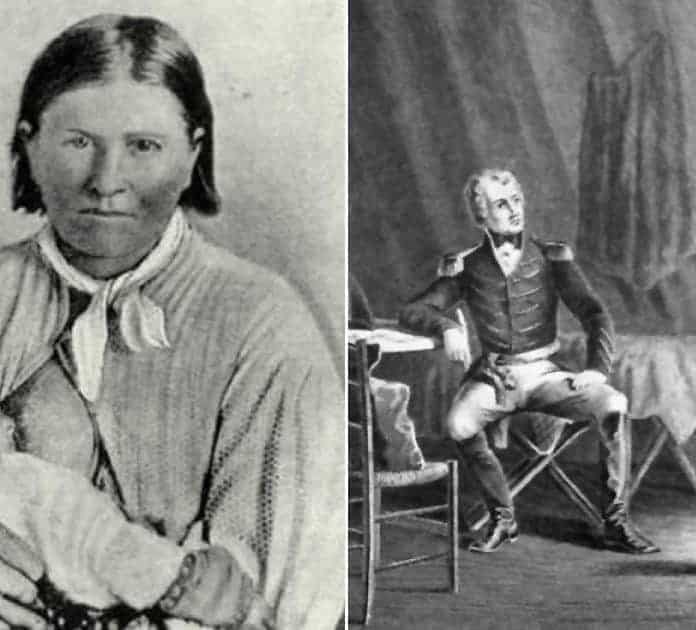 The taking of hostages by Native Indian tribes began in the earliest days of white settlement of the Americas. The eastern Indian tribes were motivated by the rewards bestowed upon them by French and English agents, and by the need to replace tribal members lost to disease. Hostages from the settlements were marched to tribal encampments, and later taken by the raiding party to be placed, in the case of the French, in the hands of missionaries to negotiate their release. Captives of tribes allied to the British were taken into custody of English agents for the same purpose. On occasion, captives were retained by their captors for various reasons. Sometimes it was because the captors were impressed with the courage and endurance of their prisoners. Sometimes it was to replace lost family members. Sometimes it was the personal decision of the warrior who made the capture who wished a slave. These captives were indoctrinated and adopted into the tribe.

Daniel Boone survived such a captivity and later escaped; Simon Kenton did the same. Others were eventually rescued during raids on the Indian camps. Often the raiding settlers and militia found captive whites who had been in their new life for so long that they knew no other. These often had to be returned to the white settlements by force, many tried to escape to return to the life with which they were more familiar. Some found the return to the white settlements led them to a life of condemnation and shame.

Here are some examples of times when it became difficult to separate Native American from European American.

During the height of the French and Indian War, Mary Campbell was a child of ten or twelve years of age (her date of birth is questioned) when the western Pennsylvania settlement where she lived with her family was raided by a party of Lenape (Delaware) warriors in 1758. The details of her abduction are sketchy; it is known that her father survived the raid from a notice which he posted in the Pennsylvania Gazette, asking fellow residents of Pennsylvania to help his daughter find her way home. The same notice claims that Mary’s mother was still alive.

Following the end of the French and Indian War, a confederation of the northwestern tribes – organized by Pontiac – led to engagements with colonial militia. The resulting pressure on the Delaware and their allies by Colonel Henry Bouquet led to a meeting at Fort Pitt, during which Bouquet demanded the release of known captives, Mary Campbell among them.

The Lenape society in which Mary spent her early teen years was a matrilineal society, and women commanded respect and, in many cases, reverence. By the time of her release, Mary was of marrying age in Delaware society (and among the English settlements as well) and may well have been married. She was one of a group of 60 captives turned over to Bouquet’s troops, about half of whom resisted being returned to the white settlements.

Bouquet himself documented the desire to remain with the Lenape exhibited by many of the captives returned. He expressed puzzlement at the exhibited reluctance of the rescued to be rescued. The Campbell family oral tradition, to this day, supports the idea that Mary had no desire to return. However, the stories does not explain why, other than that she had been well cared for during her sojourn.

Mary eventually married and had a family, settling in the area of today’s Greene County in western Pennsylvania. She is well known in the areas of eastern Ohio and western Pennsylvania where she lived, although many stories which feature her adventures and life among the Delaware are undocumented. One such story is that when reunited with her birth family neither recognized the other until Mary heard her mother singing a lullaby to another child, which restored her memory.