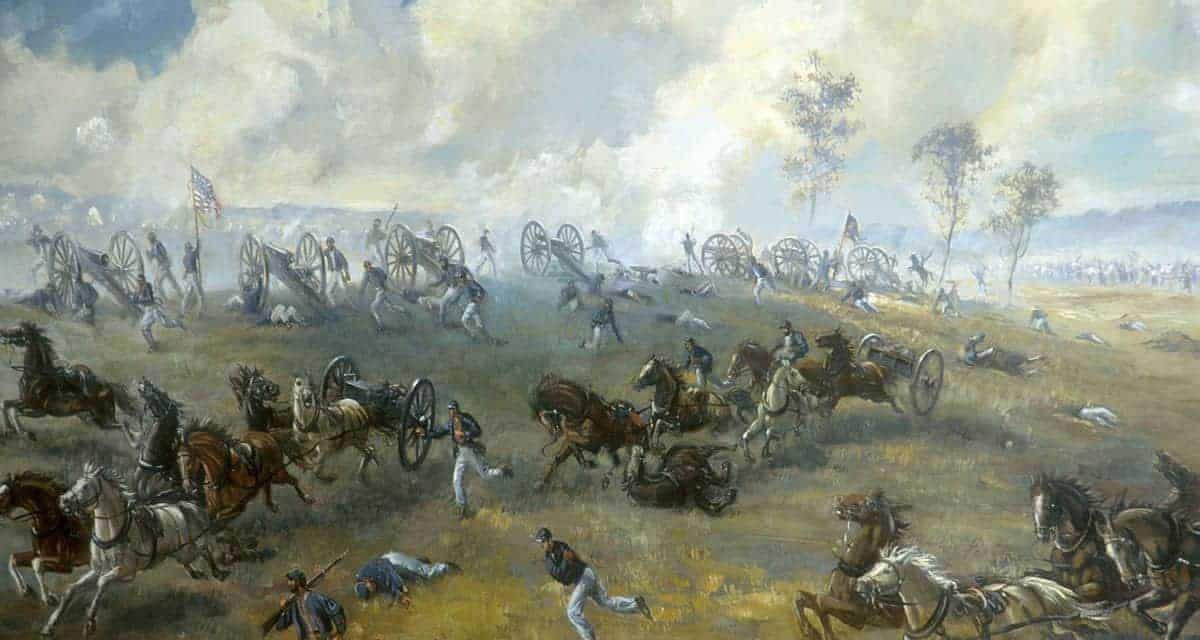 In the first major battle of the Civil War, a large Yankee force was beaten by a Confederate army led by General Beauregard. The battle occurred some three months after the war began. The war was caused by the secession of the Confederate States from the Union. The battle was fought some three months after the first shots of the war at Fort Sumter.

The Union hoped that the war would end quickly, this was based on the belief that they had the larger army and greater capabilities. In July, led to a hastily planned offensive into northern Virginia under the respected General McDowell. McDowell led 34,000 troops-mostly militiamen to Manassas, located only a few miles from Washington, D.C.

General Beauregard in response gathered a force of 20,000 troops and they were later reinforced by 8,000 more soldiers under General Johnson.

Hundreds of civilians traveled from Washington in order to witness what they believed would be a Union victory.

The fighting commenced when Yankee units, approximately three division crossed the Bull Run stream. Under intense pressure, the Confederate flank was forced back to a nearby hill. The Confederates had built a defensive line at this hill . Firing from a secure place, a smaller unit of ‘Rebels’ was able to dominate the heights and the surrounding area of the battlefield. They managed to repulse several Yankee charges. The commander of the Confederate soldiers was General Jackson won his nickname “Stonewall.” The Union soldiers charged without regard for their personal safety but they could not dislodge the Confederates.

Confederate cavalry attacked the Union troops from the rear. Then the Confederate troops left their placements and they charged at the Union forces. As they charged they gave the famous ‘rebel yell’. The Yankee’s were thrown into disarray and soon their lines broke.

In the battle, some 3000 Yankees were killed and wounded. The estimate 2000 Confederate soldiers were injured or killed. The extent of the fighting and the casualties horrified many both in the north and south. The Union forces had been shown to be poorly trained and unorganised and the Confederates had proven themselves to be a formidable army.

President Lincoln and his cabinet were forced to admit that the war that they had embarked on would be a long and drawn out affair. Any hopes that the southern rebellion would be crushed within a few months were to prove to be unfounded. The first battle of Bull Run showed America that it was in fro a long and bloody war.

The battle allowed the Confederacy to maintain its territorial integrity at a crucial stage in its development. The battle encouraged many southern sympathizers to declare for the confederacy and fostered a belief that they could successfully secede from the United States.