The 'Baron' of Arizona and Other Historic Hucksters 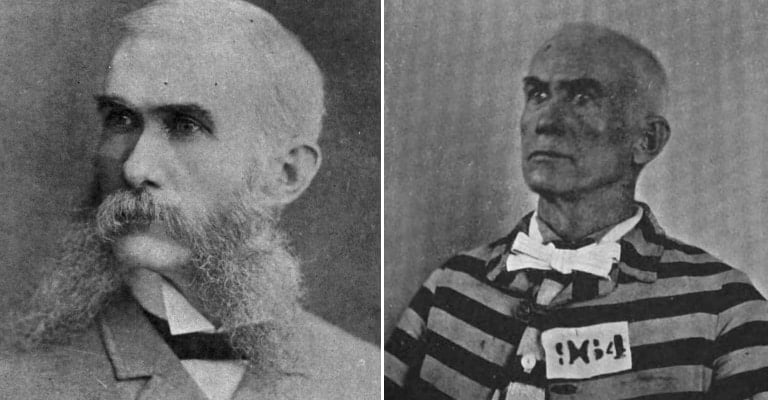 The ‘Baron’ of Arizona and Other Historic Hucksters

As John Keely explained it when describing his engine to listeners, atoms are in a state of constant vibration, and by harnessing and channeling water’s vibrations in his engine, people could tap into limitless energy. By getting the water’s atoms to vibrate in unison in accordance with the principles of the luminiferous ether – a substance supposedly filling all space – one could use its “etheric force” to power motors. Put another way, the Keely Engine was a perpetual motion machine – an impossibility under the basic laws of physics, because it would violate the first or second laws of thermodynamics. Keely demonstrated a prototype to guests in his workshop by pouring water into its engine, then playing a harmonica, violin, flute, or other musical instrument to activate the machine with sound vibrations. Soon, the device would start gurgling, rumbling, then come alive, providing pressures of up to 50,000 psi on display gauges.

Harnessing that power, Keely arranged demonstrations in which thick ropes were ripped apart, iron bars were bent, twisted, and snapped in two, and bullets were driven through twelve inch wooden planks. Keely made up science-y sounding terminology to describe the principles of his invention. He began by describing his engine as a “vibratory generator”. Then he started telling observers that they were witnessing “quadruple negative harmonics”. At other times, he told gullible investors that he was going to make them filthy rich with his “hydro pneumatic pulsating vacu-engine”. And whenever a listener sounded a note of skepticism, he drowned it with yet more science-y sounding phrases such as “etheric disintegration”, “vibratory negatives”, “atomic triplets”, and “atomic ether vibrations”.

6. Getting Rich Off of Gibberish

John Keely used the kinds of words that sounded impressive to non scientists, but that in reality were simply pseudo scientific gibberish. However, it was effective pseudo scientific gibberish: within a short time, Keely had convinced investors to give him the equivalent of about $25 million in current dollars as startup capital. He used that as seed money to found the Keely Motor Company. In subsequent years, investors coughed up the equivalent of more than $100 million in today’s dollars for a stake in Keely’s enterprise.

For more than two decades, Keely closely guarded the secret of his invention, refusing to share its details with anybody. But he kept promising investors that the perfection of a commercial version of his machine was just right around the corner. And throughout that time, gullible investors kept giving him more and more money, notwithstanding the consensus of physicists that Keely was a charlatan and a quack, and that perpetual motion such as he promised was physically impossible. Finally, when Keely died in 1898, the secret of his engine was revealed to the world. It had not been powered by water, but by a compressed air machine hidden two floors below, and connected to the Keely engine by cleverly concealed pipes and hoses.

5. The Discovery of Life on the Moon

America was gripped by excitement in the summer of 1835, after a New York newspaper, The Sun, announced the recent discovery of life and civilization on the Moon. In a series of six articles, beginning on August 25th, The Sun described how Sir John Herschel, the era’s leading astronomer, had used powerful telescopes to get a clear glimpse of the Moon’s surface. What he saw astonished him and upended all human knowledge to date, because it offered a truly stunning glimpse into another world. As the newspaper put it: “By means of a telescope of immense dimensions and an entirely new principle“, Sir John Herschel had discovered planets in other solar system, and established new and revolutionary theories. He had also “solved or corrected nearly every problem of mathematical astronomy“.

However, Herschel’s prior accomplishments were just the tip of the iceberg, and paled in comparison to his latest find: the discovery of life on the Moon. According to The Sun, Herschel’s telescope revealed that the Moon was teeming with life. From his observatory in the Cape of Good Hope, the astronomer saw oceans, rivers, and trees. A variety of animals roamed the lunar surface, including goats, buffaloes, walking beavers, and unicorns. And flying above them all, were human-like creatures who built houses and temples.

As detailed by The Sun in a 17,000 word six-part series, reprinted from The Edinburgh Journal of Science, Sir John Herschel had traveled to the Cape in 1834 to catalog the stars of the Southern Hemisphere. However, he discovered far more than stars with his powerful telescope when he turned it to the Moon. First, were hints of vegetation, a body of water, a beach, and a string of pyramids. As the focus was adjusted for sharper detail, herds of bison-like animals were seen. Next came blue goats that looked like unicorns. Yet more animals, such as walking beavers, were described in the third installment. The fourth installment produced the biggest shock: the discovery of hominids, about four feet tall, who flew with bat wings.

As the article put it: “We scientifically denominated them as Vespertilio-homo, or man bat; and they are doubtless innocent and happy creatures“. That was when the mounting excitement reached a fever pitch. That was also when the authors discovered that they had greatly underestimated just how gullible the public could be. The whole thing had been satire, something that the authors and The Sun’s editors thought was obvious. Instead, satire was taken as gospel truth. The authors eventually wound down the story with the telescope’s accidental destruction. It had been left exposed to the Sun, whose rays caused its lens to act as a burning glass, which started a fire that destroyed the telescope and the observatory. Needless to say, Sir John Herschel had never claimed the astronomical discoveries attributed to him, nor had he made any such lunar observations.

Sir Arthur Conan Doyle created the sharp minded, cynical, and deductive reasoning Sherlock Holmes. That being so, one might reasonably assume that Sherlock Holmes’ author was one of those hard to fool skeptical types. One might, but one would be wrong. In reality, Doyle was nothing like his famous character. Late in life, the famous author became a big booster of spiritualism, and in his eagerness to credit anything that would support his beliefs, he became a gullible old fool who fell hard for a hoax perpetrated by two little girls.

It all began in 1917, in the English village of Cottingley. There, 9 year old Elsie Wright and her 16 year old cousin Frances Griffith claimed that they often interacted with fairies beside a nearby stream. Their parents scoffed, so to prove it, the girls borrowed Elsie’s father’s camera, and came back half an hour later with “evidence”. When Elsie’s father developed the film, he was surprised to find a picture of fairies dancing around Frances. However, he dismissed it as a prank by his daughter, who knew her way around cameras. When the girls came up with more fairy photos in subsequent months, Elsie’s father finally forbade them to borrow his camera. By then, however, the seeds had been planted for one of history’s most fascinating hoaxes.

Two years after cousins Elsie Wright and Frances Griffith photographed “fairies”, the images started going viral after Frances’ mother showed them at a meeting of the Theosophical Society – A New Age spiritualist group. The photos were clearly questionable, and experts who saw them pronounced them crude cardboard cutouts. However, the existence of Fairies dovetailed with some religious tenets of the Theosophical Society, so its members – who included prominent British figures – began spreading the photos and vouching for their authenticity.

In 1920, Sir Arthur Conan Doyle became aware of the photos. Like his famous detective, Doyle was initially skeptical about the fairy images, and went so far as to ask camera and film manufacturers Eastman Kodak for their opinion. However, before receiving a reply, and for reasons unknown other than a sheer desire to believe, Doyle concluded that the photos were real. Before long, Sherlock Holmes’ author was vouching for the photos’ authenticity, en route to becoming a huge advocate for the existence of fairies in real life.

In December of 1920, Sir Arthur Conan Doyle published a cringeworthy article urging the public to accept that fairies existed. The article opened him to significant ridicule from a press that was equal parts puzzled, and equal parts embarrassed for the respected author. It did not dissuade Doyle, who followed the first article with a second in 1921, describing even more fairy sightings. A year later in 1922, he capped it off by publishing an even more cringeworthy book, titled The Coming of the Fairies.

As it turned out, Sherlock Holmes’ creator should have been more skeptical. In 1983, cousins Elsie Wright and Frances Griffiths published an article, in which they confessed that the whole thing had been a hoax. They had used illustrations from a contemporary popular children’s book, and simply drew wings on them. The girls had kicked off the prank as a means of getting back at adults who teased them for “playing with fairies”. The joke snowballed, however, and got out of hand once the Theosophical Society and Sir Arthur Conan Doyle got involved. Once that happened, they could not think of a graceful way to back out, so they just kept the hoax going, before finally coming clean, six decades later.

Money Inc. – The 20 Most Notorious Con Artists of All Time

Quartz, February 17th, 2017 – The Cottingley Fairy Hoax of 1917 is a Case Study in How Smart People Lose Control of the Truth