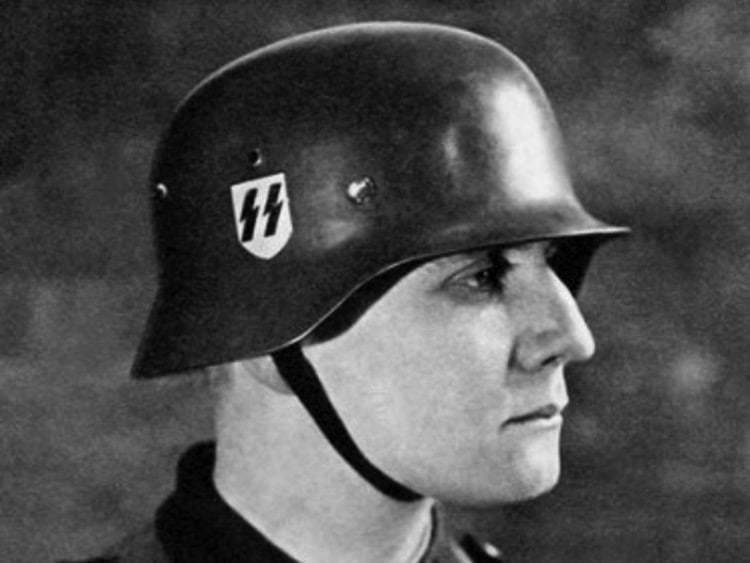 The first concentration camp was established at Dachau in 1933. At first, the camp was mainly used to hold people who the Nazi regime considered politically dangerous. This category included Social Democrats, communists, and homosexuals. Jews were sent to Dachau in the early days. But it was usually because they belonged to one of these other groups. However, the Nazis soon began to boycott Jewish businesses and pass laws taking away their rights. Other groups suffered as well, especially the mentally disabled. In 1939, Hitler signed an order saying that those with mental disabilities were to be killed.

This law hit Gerstein in a very personal way. His sister-in-law was one of the more than 70,000 people with mental illnesses or disabilities that were murdered by doctors on Hitler’s orders. Gerstein claimed that he had already decided to secretly oppose the Nazis. And his sister-in-law’s death reinforced his decision to follow through with a daring plan. in 1941, Gerstein officially joined the SS. The SS was the most fanatical branch of the Nazi Party and took the lead in carrying out the Holocaust. And according to Gerstein, he joined them in order to bring the Party down from the inside.

Gerstein wrote in a letter to his wife, “I joined the SS … acting as an agent of the Confessing Church.” But if that’s true, then Gerstein was an excellent spy. It seems that none of his superiors suspected anything. In fact, Gerstein was rose quickly within the Party. And he soon received a promotion to “Head of Technical Disinfection Services.” Disinfection was the word the Nazis used to describe gassing the prisoners at their concentration camps. The prisoners were often pulled off of trains and lead to rooms that looked like showers. There, they were told that they needed to be disinfected.

Instead, they were killed with poisonous gas. Gerstein’s new position meant that he was in charge of providing the Zyklon B, a deadly pesticide, that was used in the gas chambers at Auschwitz. There’s some debate over whether or not Gerstein really knew that the gas he supplied was actually going to be used to kill people at first. But he negotiated prices with suppliers and oversaw the delivery of the gas to the camps. Gerstein’s work took him from concentration camp to concentration camp, where he witnessed the mass murder of the prisoners. Still deeply religious, these murders seem to have seriously affected him.

Once he witnessed the killings, he began looking for a way to tell people in the outside world what was happening at the camps. In 1942, Gerstein happened to sit next to a stranger on a train. That stranger turned out to be Swedish diplomat Göran Von Otter. The two began talking and Gerstein told him what he had seen in the concentration camps. Otter quickly took the report back to the Swedish Government. But for some reason, the Swedes never passed it along to the Allies. Meanwhile, 2,000 people an hour were being murdered with gas at Auschwitz while Gerstein tried to get someone, anyone, to do something.

Gerstein next decided to take his information to the Vatican. He tried to meet with a representative of the Pope in Berlin, but he was refused. Gerstein claimed to have tried to meet with hundreds of people in the Church and foreign governments over the next few years. But he never seemed to find anyone willing to listen. Eventually, he managed to get a message sent to the Pope. However, if the Pope saw the message, he never mentioned it to anyone. It wasn’t until 1945 that anyone in power actually tried to ask Gerstein about what happened at the camps.

That April, Gerstein surrendered to French troops advancing into Germany. By then, Allied troops had entered the camps and seen the horror themselves. Suddenly, everyone wanted to know exactly what the Nazis had been doing. And Gerstein informed the French that he was an eyewitness to many of the killings. So, they asked him to draft an official report. This Gerstein Report contained everything Gerstein had seen during the Holocaust. And it had everything the Allies needed to bring the top-ranking Nazis to justice. But there were some problems with Gerstein’s story.

The report was mostly accurate. But Gerstein had gotten a few things wrong. He exaggerated the size of the gas chambers. And he eventually reached a figure of 25 million people killed, which we know today is almost twice the actual number. Gerstein’s report eventually helped convict a number of Nazi leaders. But these exaggerations provided ammunition for people who wanted to deny that the Holocaust had actually happened. And of course, his report raised some questions about Gerstein himself. After all, he had helped the Nazis carry out the killings. Soon, Gerstein found himself in prison again.

Gerstein was held by the French at a military prison in Paris as a war criminal. By July, he was found dead in his cell. According to the authorities, he had committed suicide. There’s no obvious reason to doubt that Gerstein killed himself. If Gerstein really had been opposed the Holocaust, then he must have felt extremely guilty about the role he played in it. It’s easy to imagine that guilt driving him to suicide. But there are still many questions about the man himself. Had Gerstein really seen himself as a spy of the Church in the Nazi Ranks? Had he really tried to do everything he could to stop the killing?

Obviously, Gerstein didn’t do much to actually slow down the Holocaust. If anything, his efforts made it easier for the Nazis to carry it out. Of course, Gerstein had few options. If he had refused to help gas Jews, he would likely have been killed himself. His efforts to tell the outside world what was happening were already a huge risk. As were the several times he claimed that he purposefully “lost” or tampered with shipments of Zyklon B. But did he really do enough? That’s up to you to decide.