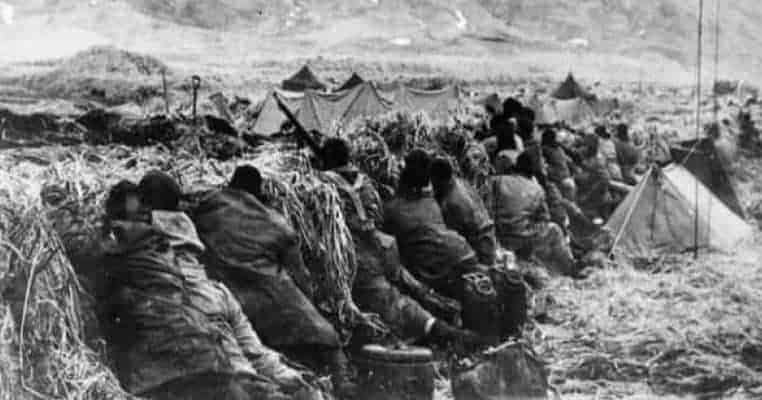 Casualties and Legacy of the “Forgotten Battle”

In nineteen days of battle, 549 soldiers of the 7th Division were killed and more than one thousand injured. The Japanese lost over 2,850 men and only twenty-nine were taken prisoner. The Battle of Attu is the only battle in history in which Japanese and American forces fought in arctic conditions. On the other hand, the recapture of Kiska happened differently. The invasion was an embarrassment for the Allied forces that landed on the deserted island. Under the cover of fog, the Japanese had successfully removed their troops on July 28 without the Americans noticing.

The Japanese may have been gone, but Allied casualties on Kiska nevertheless numbered 313. All were the result of friendly fire, booby traps, disease, or frostbite. The reoccupation of the Aleutian Islands gave the advantage to the American government, allowing it to think of a plan to attack northern Japan, even though such a plan was never executed. Before the end of the war, over 1,500 sorties were flown from the Aleutian Islands against the Kuriles, including the Japanese base of Paramushiro, diverting five hundred Japanese planes and forty-one thousand ground troops.

Several of the United States locations involved in the campaign are now commemorated on the National Register of Historic Places, while many of them have been designated National Historic Landmarks, including the battlefield on Attu and the Japanese occupation site on Kiska. As for the Americans who died in action defending the Alaska Territory? They may not outnumber those who were killed during the attack on Pearl Harbor, but the total losses and damage the American military suffered there included 1,481 soldiers and 1 civilian killed, 3,416 wounded, 8 captured, and 640 missing, as well as 225 aircraft destroyed. For a rarely mentioned battle, the total numbers are more than respectable.

Where Do we get this stuff? Here are our Sources:

The Long Blue Line: The attack on Pearl Harbor—”a date that will live in infamy”. coastguard.dodlive.mil. Retrieved 8 December 2017.