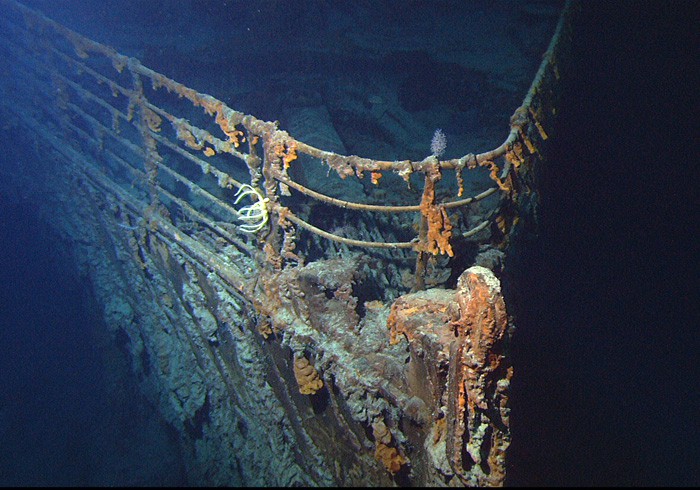 On December 7, 1941, as part of the Japanese attack on Pearl Harbor, the Arizona was bombed, killing 1,177 officers and crewmen. Only 335 of the officers and crew assigned to the Arizona survived the day, some of those because they were not present on the ship. Among the dead were 23 sets of brothers; the military discouraged brothers from serving on the same ship after the bombing of the Arizona.

Of the bombs dropped on the Arizona, there were four direct hits, and three near-misses. The last bomb, dropped at 8:06 AM detonated the ship’s ammunition magazines, although the exact order of the detonation remains unknown.

The ship sank in Pearl Harbor. Unlike many of the other ships bombed that day, the Arizona could not be significantly salvaged. The wreckage remains in Pearl Harbor. While the ship has been decommissioned, and is under the control of the National Park Service, it remains the property of the U.S. Navy and retains the rights to fly the U.S. flag in perpetuity. Portions of the ship have been removed and placed as memorials at other sites, and survivors of the Arizona have been allowed to be interred in the wreckage after cremation.

The attack on Pearl Harbor was a defining moment in U.S. history and the history of World War II. As intended, the attack brought the U.S. into World War II, leading to an eventual Allied victory over the Axis powers, including Germany and Japan. 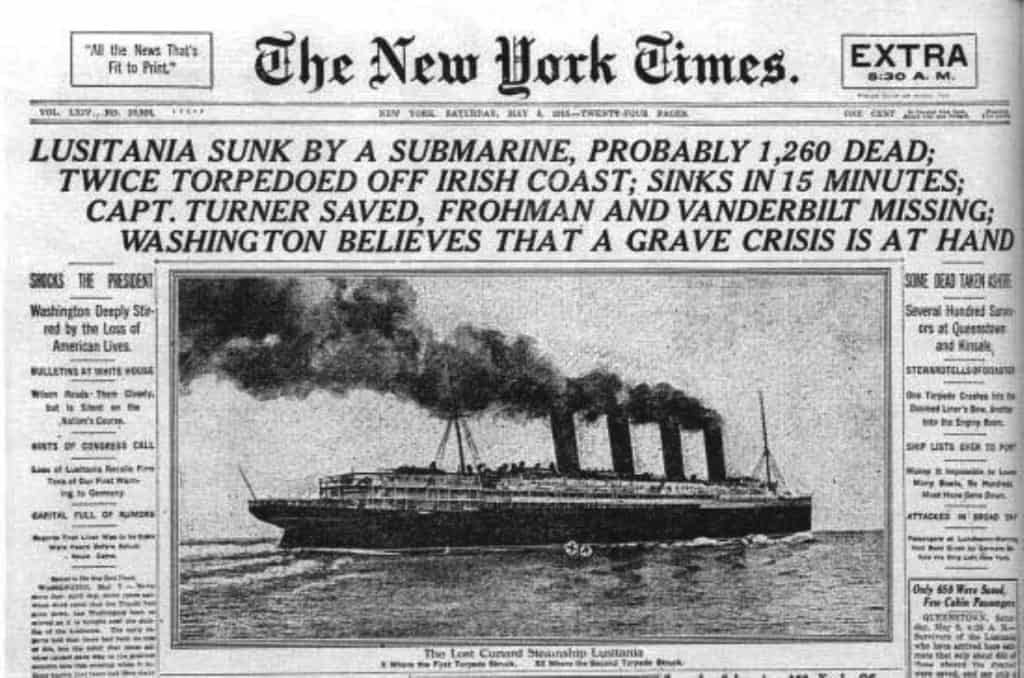 The R.M.S. Lusitania, a fast merchant and passenger ship, left its port in New York on May 1, 1915 to sail to Liverpool. World War I was raging in Europe, but the United States had remained largely isolated, avoiding active intervention in the war. The sinking of the Lusitania would change public opinion and action in the U.S.

The U.S. papers published warnings in newspapers regarding the German intent to attack the Lusitania that very morning. The Germans had already sunk a number of British merchant ships in the preceding months. The Lusitania was, however, deemed relatively safe. It was a remarkably fast ship, and its speed was thought likely to protect it from German attack by U-boats.

On May 7, 1915, as the ship approached Ireland, having safely and quickly made most of its journey, three British ships were sank by U-boats off the coast of Ireland. The captain of the Lusitania was warned, but slowed his course, perhaps due to patchy fog. Captain Turner actively ignored most of the standing orders for British ships. He was too close to the coast of Ireland, sailing at less than top speed, and maintaining a straight course, rather than sailing in a zigzag pattern.

A single torpedo from the German U-20 sank the Lusitania in only 18 minutes. Captain Turner survived, but spent several hours in the water. There were more than 1,900 people on board, between passengers and crew. More than 1,100 died on the Lusitania, including 120 Americans. While these deaths were tragic, the deaths are not the most important impact of the sinking of the Lusitania. The sinking of this ship was a key factor in the U.S. entry into World War I, and thus an essential moment in the eventual allied victory over Germany. 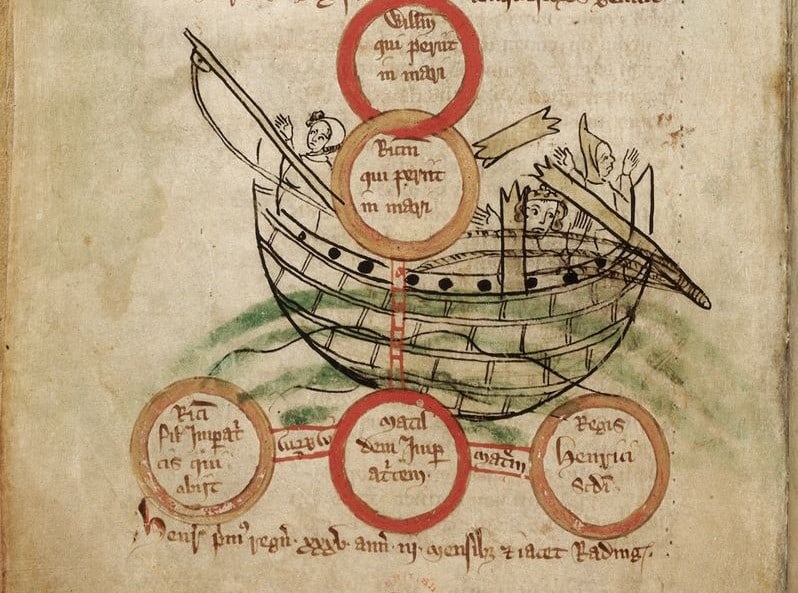 The White Ship sank in the English Channel on November 25, 1120, leaving only a single survivor. Onboard at the time were multiple members of the English royal family, including the son and heir of King Henry I, William Adelin, his half-sister Mathilda, and his half-brother Richard. The losses, both to King Henry I personally and to the country of England, were astonishing.

As the White Ship prepared to sail across the Channel from Barfleur in Normandy, there were some 300 nobles aboard. While the King himself sailed separately, he had given many of the nobles permission to sail on the White Ship, and the group began a rousing party on board, delaying their departure. All were drinking heavily, with some leaving the ship before it set sail. The guests were not the only ones drinkingâ€”William Adelin had also provided significant quantities of wine to the crew.

The ship finally set off after dark, and nearly immediately hit a rock, capsizing. Some of the guests, including William Adelin, made it into a smaller boat, but drowned before reaching shore. The only survivor, a butcher from Rouen, wrapped himself in furs and skins to survive the icy waters.

With three of his children dead, King Henry I was left bereft. He had only one remaining child, a young widow named Matilda. He married Matilda to a Norman noble, Geoffrey of Anjou, but the English nobility refused to obey the new queen. Stephen of Blois, the nephew of Henry I, had disembarked from the White Ship before it sailed, and also laid claim to the throne of England. This period is called “The Anarchy,” and was a devastating war between Matilda and Stephen. “The Anarchy” began with a shipwreck in the English Channel on a cold November night. 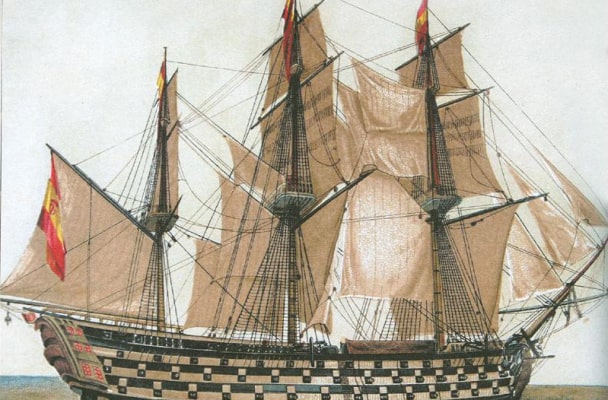 In 1783, Spanish King Charles II sent the ship El Cazador from Spain to Veracruz, Mexico. In Veracruz, El Cazador was loaded with 450,000 Spanish reales or silver coins, and placed under the command of Charles II’s most trusted captain, Gabriel de Campos y Pineda. On January 11, 1784, El Cazador left Veracruz for New Orleans; the funds carried were needed by the Spanish in New Orleans.

New Orleans was, at the time, the center of Spanish government in the region, as well as a key Spanish trade center. The paper money circulating had been devalued, and the Spanish needed to pay soldiers, traders and government officials.

El Cazador never reached New Orleans. Sometime in the first month after the ship sailed, it sank, between January and February of 1784. In June 1784, it was declared to be lost at sea. While the Spanish crown dispatched more funds to New Orleans, the damage was done. The shipwreck and substantial loss changed Spain’s attitude to their lands in Louisiana and beyond. On May 1, 1800, Spain returned control of New Orleans to France, eventually leading to the 1805 Louisiana Purchase under President Thomas Jefferson.

If El Cazador had reached its destination, history could have taken a very different course. Spain might have been unwilling to cede New Orleans, and the Louisiana Purchase might have never happened. On August 2, 1993, Captain Jeffrey Murphy was fishing some 50 miles off the Louisiana coastline when his net caught, approximately 300 feet below the water. When he pulled it up, he found that he had caught a load of silver reales, and had found the wreck of El Cazador. 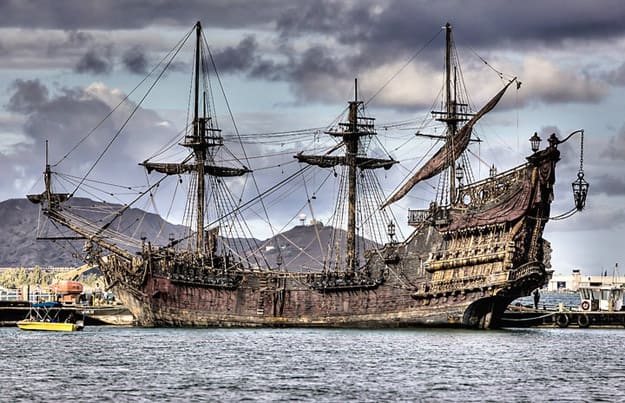 Queen Anne’s Revenge was the flagship of the pirate Blackbeard (Edward Teach). The frigate was only one of the ships in his fleet, but it was the best-known and most famous of his ships. Queen Anne’s Revenge was built by the Royal Navy, and launched, as the Concord, in 1710. The following year, the ship was captured by the French and used as a slave ship, La Concord de Nantes. The pirate Captain Benjamin Hornigold captured the frigate on November 28, 1717 and gave the ship to one of his men, Edward Teach, called Blackbeard.

In May 1718, Blackbeard’s fleet blockaded Charleston harbor. Blackbeard refused the governor’s offer of a pardon, and ran the Queen Anne’s Revenge aground, possibly intentionally. A portion of the crew dispersed, and Blackbeard accepted the governor’s pardon; however, he did not turn his life around. Less than six months later, Blackbeard was killed, dying as he had lived, a pirate.

The wreck of Queen Anne’s Revenge was located in 1996, near Morehead City, North Carolina. The ship was identified both based on its location, but also on loaded cannon, weaponry present, coins and commemorative items associated with Queen Anne. Canon continues to be recovered from the ship, and have been identified as Scottish, made in 1713. 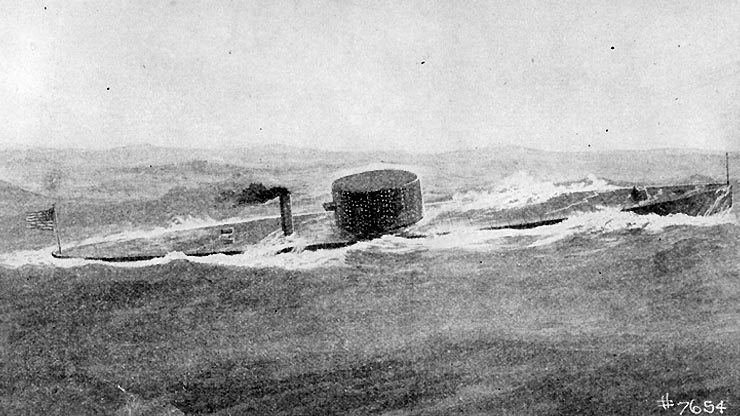 The U.S.S. Monitor was the first ironclad warshipâ€”or ship with an iron hull– commissioned by the U.S. Navy. The Monitor was built in the shipyards in Brooklyn in only 101 days, and was commissioned following news of the commission of the C.S.S. Virginia, a Confederate ironclad ship. An Union ironclad was the only possible response to maintain the blockades that protected the Union, including Washington D.C.

As the Monitor rushed to Hampton Roads to support the blockade, the C.S.S. Virginia had already destroyed the U.S.S. Cumberland and U.S.S. Congress, and the steam frigate, the U.S.S. Minnesota had run aground. The U.S. government significantly feared the possibility of ironclad attacks on New York and other cities. By midnight on March 8, 1862, the Monitor had quietly pulled up behind the Minnesota, waiting for daylight to engage the Virginia. The battle on the morning of March 9 did not have a clear winner, but it did maintain the Union blockade. When Confederate forces abandoned Norfolk on May 11, 1862, they destroyed the C.S.S. Virginia. The Monitor went on to play a key role in the Battle of Drewry’s Bluff in May 1862.

On December 24, 1862, the U.S.S. Monitor was ordered to Charleston, North Carolina to join the blockade there. The crew objected, stating that the vessel was not an effective sea-going ship. In fact, the Monitor was best suited for river use. The ironclad departed after spending Christmas on the ship, on December 29, 1862. The ship, under tow, encountered a heavy storm near Cape Hatteras, North Carolina. The ship began to take on water, and even with significant efforts from the crew and an attempt at rescue from the tow ship, it sank. In total, 47 men were rescued, and sixteen died on the U.S.S. Monitor.

The wreck of the U.S.S. Monitor was definitively located in 1973. Portions of the Monitor, including the turrets, guns, and propeller have been brought to the surface. Human remains found in the shipwreck have been interred in Arlington National Cemetery.

The success of the U.S.S. Monitor led to the creation of a fleet of ironclad ships, called, in honor of the first, monitors. These ships formed a key part of the Union strategy and defense for the remainder of the Civil War.