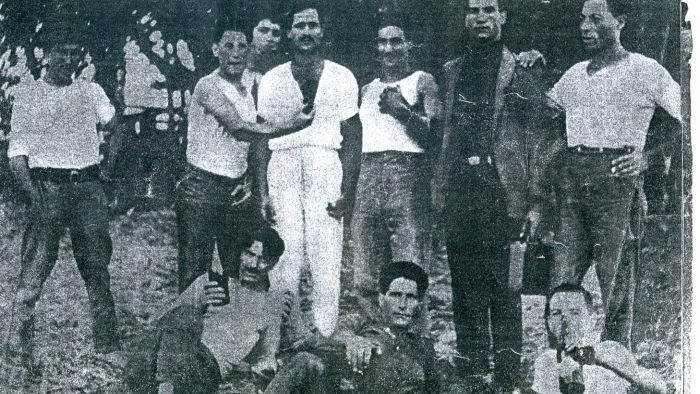 Five years later in 1908, a group of Serbian ministers, officials, and generals quietly arranged to gather for a meeting in Belgrade’s City Hall. Their decision to meet was a reaction to the Austrian Empire’s brazen decision. Just two days earlier, the Empire decided to annex Bosnia and Herzegovina. The topic of discussion was how to liberate Serbs caught inside the Austro-Hungarian occupation.

The underlying problem: the Hapsburg-Empire had been inching its way into Serbian territories. Groups of Serbs who were linguistically, religiously, culturally and ethnically unified found themselves under new rule. They were captured by the Empire’s expansion. Needless to say, they were not amused by new borders being drawn up, all of it for the purpose of enhancing the Monarchy’s wealth.

The decision was to organize and fight. At this juncture, the group recognized themselves as defenders of what they considered to be theirs. Aptly, they called themselves “National Defense.” Like the Black Hand, they were a secret group. They worked covertly to manufacture and distribute propaganda that did not support Austria. They sent spies into occupied areas. In areas not oppressed by the Empire, they set up satellite groups.

In only a few years, the ambitious goal to unify Serbia became the focal point of the group’s purpose. Their motto became “Unification or Death.” When the Black Hand established themselves, their goal was to unify all of southern Serbia. That region was comprised of separate individual territories at the time. Many of them had no official ruler. The nearby territories of Germany and Italy had also recently gone through unification, which made the desired reality seem well within reach.

In organized fashion, they drafted a constitution. It was modeled on those previously written by similar nationalist German groups and those used by secret Italian societies. Other nationalist groups in the Balkans were absorbed by the Black Hand. This made them more powerful. It also demonstrated their goal for unification was becoming something of a reality.

They trained. Small cell groups scattered themselves throughout the Balkan territories. Some of their members were high-ranking officials. When anyone high ranking broke with the Black Hand’s nationalist ideology, the gang used terrorist activities to assert more control; fear tactics.

Eventually, when the Black Hand was not able to sway the Serbia government, the two groups began competing. This was more dangerous in many ways for the government officials who, at least in theory, did not kill anyone who stood in their way. Despite working in tandem at times, the Serbian leaders began losing favor with Black Hand.

The Austrian Archduke was, of course, a member of the Austrian Royal Family and next in line to inherit the throne. A relevant modern-day comparison is close to something like a member of ISIS assassinating the son or daughter of the British Royal Family. The emotional explosion would be a storm – and a storm it was.