This Day in History: Archduke Ferdinand Was Assassinated (1914) 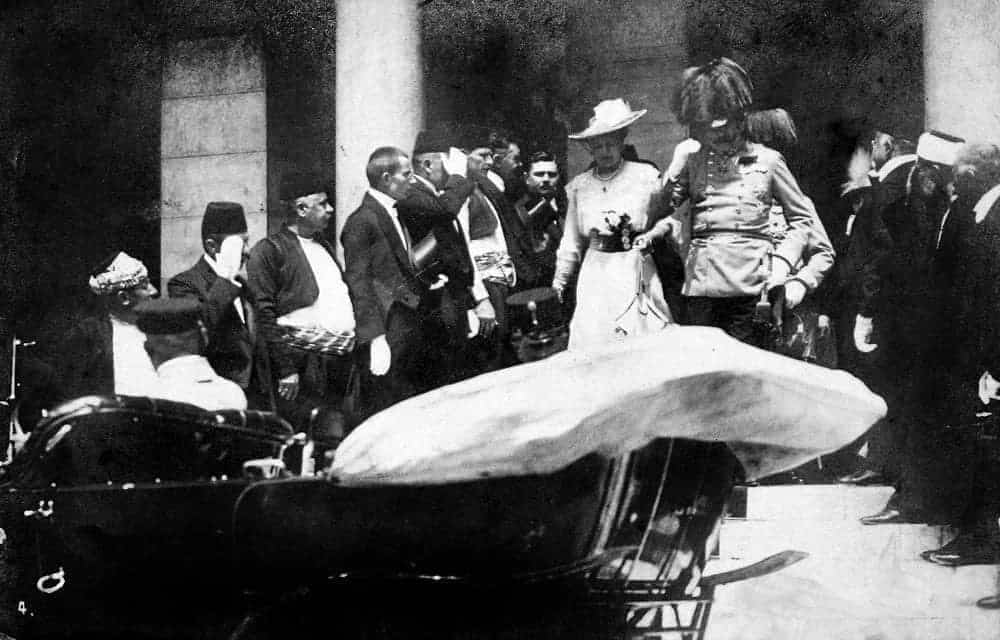 This Day in History: Archduke Ferdinand Was Assassinated (1914)

This day in history Archduke Ferdinand of Austro-Hungary was assassinated. His death was to be one of the most important political assassinations in history. The Archduke and his wife was visiting the newly conquered city of Sarajevo. The Austrians had only seized the city and Bosnia from the Ottoman Empire only a few years previously. The visit was unique as the Archduke’s wife was permitted to appear with him on an official visit. The Archduchess was a commoner and her marriage to the Archduke was frowned upon and she was officially denied involvement in many public occasions. However, as Bosnia was not still officially a part of the Empire, the Archduchess could appear with her husband.

Some Serb nationalists that day were planning to kill the Archduke. They were part of a nationalist terror group that aimed at expelling the Austrians from Bosnia and unifying the area with neighboring Serbia. The terrorist group was called the â€˜Black Hand‘ and had the support of the Serbian military.

Some terrorists tried to launch an attack on the royal couple as they drove through Sarajevo. A bomb was thrown at the car but it bounced off it and only caused minor injuries to a passer-by. The visit of the royal couple was not canceled. Their car continued to make a royal progression through the city. Later that day, on the way to visit the hospital where the injured passer-by was being treated, the archduke’s car took a wrong turn and drove down a street where one of the Black Hand terrorists was lurking. He was 19-year-old Gavrilo Princi.

Seeing his opportunity, Princip fired into the car, shooting Franz Ferdinand and his wife at close range. He had fatally wounded the royal couple and they lay bloody and dying in each other’s arms. The terrorist then tried to kill himself. The Archduke and his wife both died later in hospital.

Europe in 1914 was very tense and the Empires and countries were all in opposing camps. The assassination of Archduke Ferdinand set off a crisis in Europe. Austro-Hungary was determined to punish Serbia and eradicate the terrorist group. They made a series of ultimatums, which were unacceptable to Serbia and they refused to comply with the Austrian demands.

As Russia was the main ally and supporter of Serbia, an Austro-Hungarian declaration of war was delayed. Vienna needed the support of the German leader Kaiser Wilhelm. He assured the Hapsburg Emperor that Germany would support their cause in the event of Russia coming to the aid of the Serbians. On July 28th, the Austro-Hungarian Emperor on behalf of his people declared war on Serbia, and the peace between Europe’s nations ended and soon the continent was engulfed in a terrible war.

History of Yesterday – Why Did the Black Hand of Serbia Want to Kill Franz Ferdinand?