Queen Victoria's Chimney Stalker and Other Creepy Moments From History 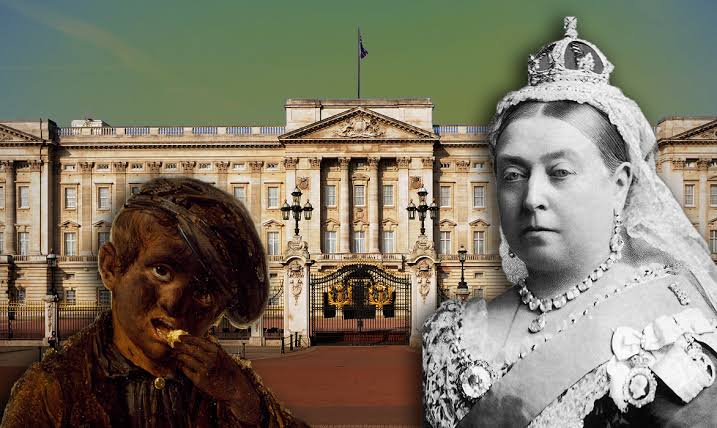 Queen Victoria’s Chimney Stalker and Other Creepy Moments From History

In 1968, Albert Dekker completed filming The Wild Bunch, left the set, and seemingly fell off the map. Family and friends grew concerned after days passed with nobody hearing from him. He was a no-show at a date with his fiancee, fashion model Geraldine Saunders. She tried calling, but got no response, so she went to his apartment and pinned a note on a door already covered by notes from friends and acquaintances.

When she returned later that evening and found things still the same, Saunders convinced the building manager to let her in the apartment. Once in, they found the bathroom door chained from the inside, and had to break it open. There, they discovered Dekker hanging dead from a leather belt. Normally, that would be plenty startling and creepy in itself, but in this case, that was just the start of the creepiness.

The scene in Albert Dekker’s apartment was horrific, as well as so bizarre and grotesque that his fiancee collapsed. The building manager was so flummoxed, that it took him quite some time to overcome the shock and gather his wits to call the police. Dekker was naked in the bathtub, with a ball gag in his mouth, a scarf covering his eyes, and his hands cuffed behind his back. In addition to the belt around his neck, there was another around his waist, tied to a rope binding his ankles, which in turn was wrapped around his wrist and clasped in his hand.

Dekker’s nipples were surrounded by sun rays drawn in lipstick, which was also used to draw a vagina on his stomach. A hypodermic needle was sticking out of each arm, and his right butt cheek had two needle punctures, above which the word “whip” was written in lipstick. His body was covered in other words written in lipstick, including “slave”, “cocksucker”, “make me suck”.

The money, as well as expensive cameras and filming equipment, were never found. In addition, it seemed incongruous that Dekker could have tied himself in the manner in which he was discovered all on his own. Whether Dekker had acted alone, had a partner or partners who panicked and fled when a sex game went terribly wrong, or was murdered, the mystery remains unsolved to this day.

6. There is Pride, and Then There Is…

Japanese Army sergeant Shoichi Yokoi was posted to Guam in 1943. The following year, after the island was captured by US forces, Yokoi went into hiding with nine other Japanese soldiers. They refused to surrender at war’s end. The group gradually dwindled over the years, until Yokoi’s last two remaining companions drowned in a flood in 1964, and he was left as the last Japanese holdout on Guam.

Unlike the majority of holdouts who did not believe that the war was over, Yokoi knew by 1952 that the war had ended with Japan’s surrender. He simply could not bring himself to swallow his pride and return home as a defeated soldier. So he hid in the jungle for 28 years.

It was not only pride that prevented Shoichi Yokoi from surrendering. He also convinced himself that Japan would rise again and attempt to retake Guam. When that happened, he would be ready and in place to assist with the reconquest. Awaiting that day, Yokoi survived in the jungle, spending his days hiding in an elaborate hole in the ground, and emerging at night to hunt lizards and gather snails and tubers.

In January, 1972, two local men came across Yokoi in the jungle. Taking him for a local villager, they were ready to move on, but a paranoid Yokoi assumed they were about to attack him, so he attacked them first. They beat him up and subdued him, then carried him out of the jungle and back to civilization, where his astonishing story finally came out.

When Shoichi Yokoi was asked how he had managed to hide for so long in an island as small as Guam, only two miles from a major American air base, he replied “I was really good at hide and seek“. By the time he finally arrived back in Japan, Yokoi was famous.

Despite 28 years of isolation in a Pacific jungle, his mind was still sharp, and he swiftly parlayed his celebrity into a successful media career, becoming a popular TV personality and an advocate for austere living. He died of a heart attack in 1997, and was buried under a gravestone that had been commissioned by his mother in 1955, when he had been officially declared dead.

Thomas Jefferson engaged in conduct that would count as clear-cut violent sexual criminality today. The Founding Father and leading member of the committee that drafted the Declaration of Independence was a complicated man, to put it mildly. On the one hand, he penned some of the most stirring words in advocating freedom, liberty, and equality.

Jefferson’s phrase in the Declaration of Independence, “We hold these truths to be self-evident, that all men are created equal, that they are endowed by their Creator with certain inalienable Rights, that among these are Life, Liberty and the pursuit of Happiness” has moved and inspired idealists for centuries. On the other hand, Jefferson pursued his happiness in a hilltop plantation, Monticello, leading a life of luxury that was only made possible by the labor of hundreds of chattel slaves. There, he also raped his dead wife’s underage lookalike half sister.

2. The President and the Child Concubine

Thomas Jefferson had a creepy relationship with his slave, Sally Hemings (1773 – 1835) – although calling it straightforward rape might be more accurate than a “relationship”. Sally Hemings was a slave, kept in bondage by a brutal system in which violence, including deadly violence, was used to coerce its victims and secure their compliance. She had as much choice in submitting to Jefferson’s sexual demands as does a modern kidnapped victim, who finds herself chained for years in some psycho’s basement.

Even if she had not been a slave, there would still have been something super creepy about the age disparity between Sally Hemings and the famous Founding Father. Thomas Jefferson was 44 years old when he started having sex with Sally. She was thirteen or fourteen. Even if she had been a willing participant, it would be considered statutory rape today: children that are deemed legally incapable of consenting to sex.

1. A Dead Ringer For a Dead Wife

Thomas Jefferson’s child concubine was also his dead wife’s sister and lookalike. Sally Hemings was the daughter of a slave woman and John Wayles, Thomas Jefferson’s father-in-law. That made her the biological half-sister of Jefferson’s wife, Martha Wayles Jefferson (1748 – 1782). Sally, who was nine when her half-sister died, bore a striking resemblance to the deceased Martha, and the resemblance only increased as she grew. Jefferson missed his dead wife, so when her lookalike sister was thirteen or fourteen, he began sleeping with raping her.

In short, Thomas Jefferson having sex with Sally Hemings would be an epic scandal if it had happened today, hitting just about every icky button there is. Pedophilia? Check. Incest? Check. Violence, coercion, and rape? Check, check, and check. Adding another layer to it all is that Jefferson fathered six children upon Sally, and kept them as slaves. He eventually got around to freeing his children, but he never freed his concubine: Sally Hemings was still Thomas Jefferson’s slave when he died in 1826.

All That Is Interesting – Idi Amin, the Murderous Cannibal Who Ruled Uganda

Cracked – 5 Creepy Moments From History You Never Learned in School

Guardian, The, January 22nd, 2018 – Why Lyndon Johnson, a Truly Awful Man, Is My Political Hero

Local, The, Germany’s News in English, February 8th, 2019 – Why Germany Will Never Forget the Stasi Era of Mass Surveillance

Past Medical History – The Dancing Plague of 1518