This Day In History: Idi Amin Declares Himself President Of Uganda (1971) 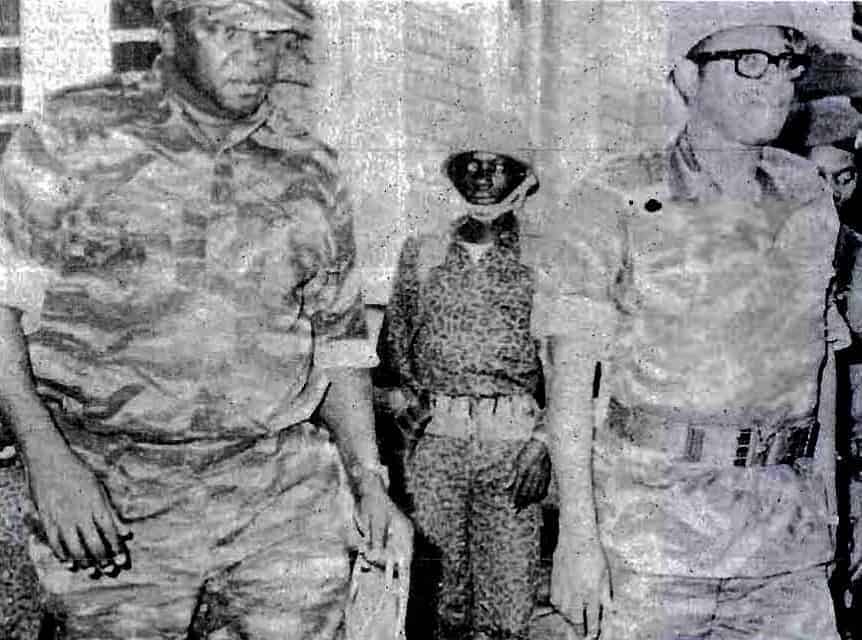 This Day In History: Idi Amin Declares Himself President Of Uganda (1971)

On this day in history, one of the cruelest tyrants of the twentieth century declares himself President of Uganda. Idi Amin a former sergeant in the colonial British army made himself President after toppling the authoritarian leader Milton Obote. Idi Amin had been head of the army for five years and when Obote was out of the country he staged a coup.

At first, Amin had some popular support but he soon showed himself to be a bloody tyrant. He launched brutal campaigns against those ethnic groups and tribes that he believed were plotting against him. Amin ordered his army to launch genocidal campaigns against the Acholi and Lango groups. He ordered the deaths of thousands of people. This was not enough. Uganda had a large Asian population who were mainly traders and businesspeople. Idi Amin in order to seize their wealth ordered that all Asians leave the country. As a result, some 50,000 Ugandan Asians were expelled and forced to leave with only the clothes on their back and what they could bring in their suitcases. Many later settled in Britain.

Idi Amin was a Muslim, even though the majority of the population was Christian or were members of traditional African religious groups. He ended Uganda’s friendly relations with Israel and became associated with extreme Muslim countries such as Libya. He later even allowed Palestinian terrorists to land a hijacked Israeli plane at Entebbe Airport, in Kampala. The Israelis in a daring raid freed the hostages on the plane to the anger of Idi Amin. In 1976 he made himself’ President for Life’ and he increased the repression in the country. Thousands of political prisoners were murdered without trial at this time.

In 1978, Amin launched an invasion of neighboring Tanzania. This was ostensibly an attempt to annex a disputed region but it was also an attempt to divert attention away from his country’s economic collapse. Uganda’s army seized some Tanzanian territory but the Tanzanians counter-attacked and drove the Ugandan army from their nation. They later with the assistance of Ugandan exiles advanced on Kampala and Idi Amin fled the country. He was given sanctuary in Saudi Arabia and he died there in 2003.

Amin was never brought o account for his actions. It is estimated that he may have ordered the death of up to 300,000 men, women, and children. In the years after his government, collapsed the country descended into anarchy and thousands, more people died.