Pilot Accidentally Lands in Enemy Airfield and Other Historic Mistakes

Pilot Accidentally Lands in Enemy Airfield and Other Historic Mistakes 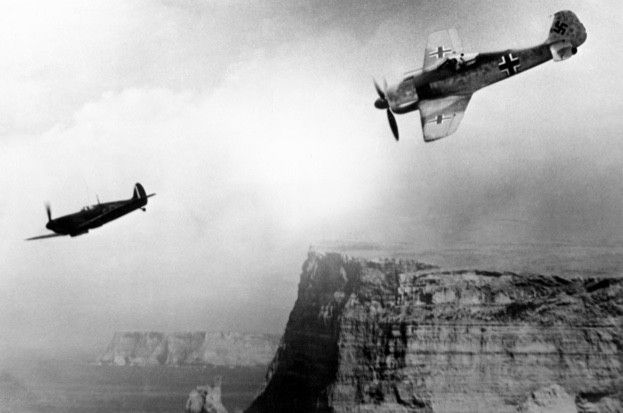 In one of World War II’s biggest oops moments, a German pilot mistook Britain for France in 1942, and landed in a British airfield. That gifted the Royal Air Force with Germany’s then-most-advanced fighter, to examine its strengths and weaknesses at leisure. Following are thirty six things about that and other oops moments from history.

36. The German Fighter That Caught the British Off Guard

When the Luftwaffe’s Focke-Wulf Fw 190 first made its operational debut in France in August, 1941, it came as an unpleasant surprise to the RAF. Except for turn radius, the new German fighter was superior in just about every way to the RAF’s main frontline fighter at the time, the Spitfire Mk. V. Especially when dogfighting at low and medium altitudes.

The Fw 190 seized aerial superiority from the RAF for nearly a year, until the introduction of the vastly improved Spitfire Mk. IX in July, 1942, restored parity. In the meantime, the British were desperate to get their hands on an Fw 190 to examine what made it tick, and figure out how to best counter it. Aware of that, the Luftwaffe prohibited its Fw 190 pilots from flying over Britain, lest one get shot down and give the British the opportunity to inspect the wreckage. Then one of the biggest oops moments by a WWII pilot delivered an Fw 190 in pristine condition straight into the RAF’s hands.