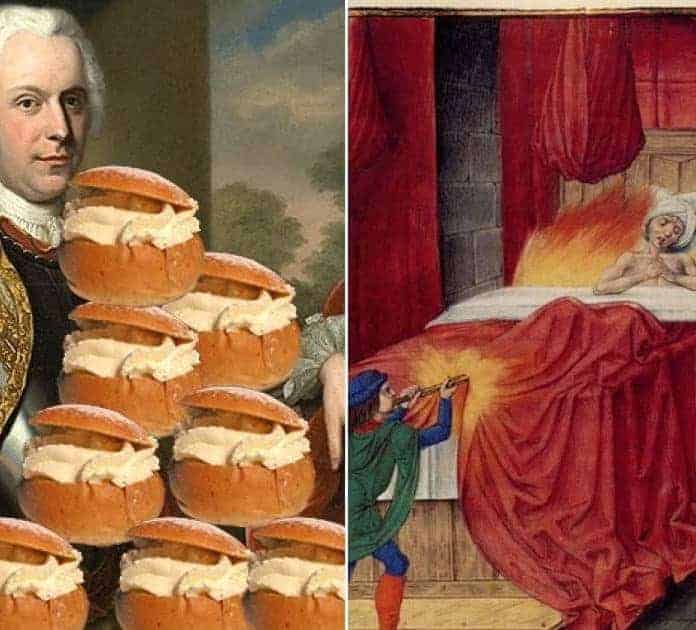 Throughout most of history, royals have been mankind’s most privileged class. The ones born to the purple got the best head start in life, winning the lottery of birth and getting treated for the remainder of their days like, well… royalty. Others, who made it to royalty as self-made men or women, finally got to experience what royal privilege was all about. Once having tasted its prerogatives and power, they fought tooth and nail to remain in the royal class and pass on its privileges to their heirs and descendants. Which is not surprising, considering that royals usually get the best of everything. Best food, best housing, best clothes, best healthcare, best education – and usually, best treatment. Not many would willingly give that up to share with the rest of us, the typical travails and hardships of the commoners’ lives.

While there is much that royalty does not share with the rest of us, there is at least one thing that royalty shares, willing or not, with everybody else. And that is death, which comes to us all, sooner or later, as the final equalizer between highborn and lowborn, and the ultimate leveler between the exalted and the humble. Royals typically live their lives surrounded by the regal trappings of majesty and respect, whether earned or not. Death, however, is no respecter of rank, class, or royal prerogatives and dignity. Many a royal, after a long, dignified, and regal stint on earth, ended his or her days with an undignified or silly death.

Following are twelve of the most embarrassing and least dignified royal deaths of all time.

King Alexander of Greece Was Killed by a Monkey

Not that Alexander, the great conqueror of the ancient world, but a more recent one. This Alexander (1893 – 1920) reigned over the Kingdom of Greece from 1917 until he was killed three years later by a monkey. Yes, you hear that right: a monkey. Less imposing than Alexander the Great, this Alexander is perhaps better known to history for the undignified manner of his death than for anything he accomplished in life.

Alexander became king in 1917 during World War I, after the Allies forced his father to abdicate because he was perceived as pro German. Once Alexander took the throne, the pro Allies Eleutherios Venizelos became Greek premier, dominated the king and government, and joined the war on the Allies’ side. After the Allies won, Venizelos and his puppet king were committed to a political platform called Great Greece. It consisted of capturing from the defeated Ottoman Empire, which had been reduced to a rump that is now Turkey, all the lands that had once been inhabited by Greeks, dating back millennia. So in 1919, with tacit French and British support, Alexander had his kingdom invade Turkey, to seize the Ionian coast.

He never got to see the end of that adventure. Alexander’s disgraceful end began with a visit to the Royal Gardens on September 30th, 1920, which became a turning point in Greek history. While strolling through the Gardens that day with his dog, they came across a Barbary macaque monkey. The dog attacked the monkey, which fought back, and the king rushed forward to separate the brawling animals. Unbeknownst to Alexander, however, the monkey had friends.

As the king struggled to restore the peace, another monkey came rushing in to defend his buddy. Seeing what appeared to be the king and a dog ganging up on his pal, the newly arrived monkey joined the fray, and fell upon king Alexander, biting him in the leg and upper body several times. Hearing the commotion, the king’s entourage came to his aid and chased away the simians, but the damage had already been done. The monkey bites became inflamed, and the king developed a serious infection. Amputation of the leg was considered, but none of the doctors wanted to take responsibility, so it was left until it was too late. By the time it was taken up again as a serious option, the infection had spread into the king’s body. King Alexander died of sepsis three weeks after the monkey fight, at age 27.

The monkey bites would have far reaching consequences. Alexander’s death resulted in the restoration of his deposed father. The restored king was not as keen on the military – who had supported his deposition – as Alexander had been. He made drastic cuts and reorganizations to the military, and engineered the ouster of the pro Allies premier Venizelos. That change in the political environment caused the French and British to question Greek commitment to the campaign in Turkey. As a result, they made their own deals with a resurgent Turkey. Between that and military turmoil, the Greek invasion of Turkey ended in a humiliating disaster and defeat. All because king Alexander and his dog picked the wrong monkey to mess with.