This Day In History: Napoleon Orders His Army to Evacuate Moscow (1812) 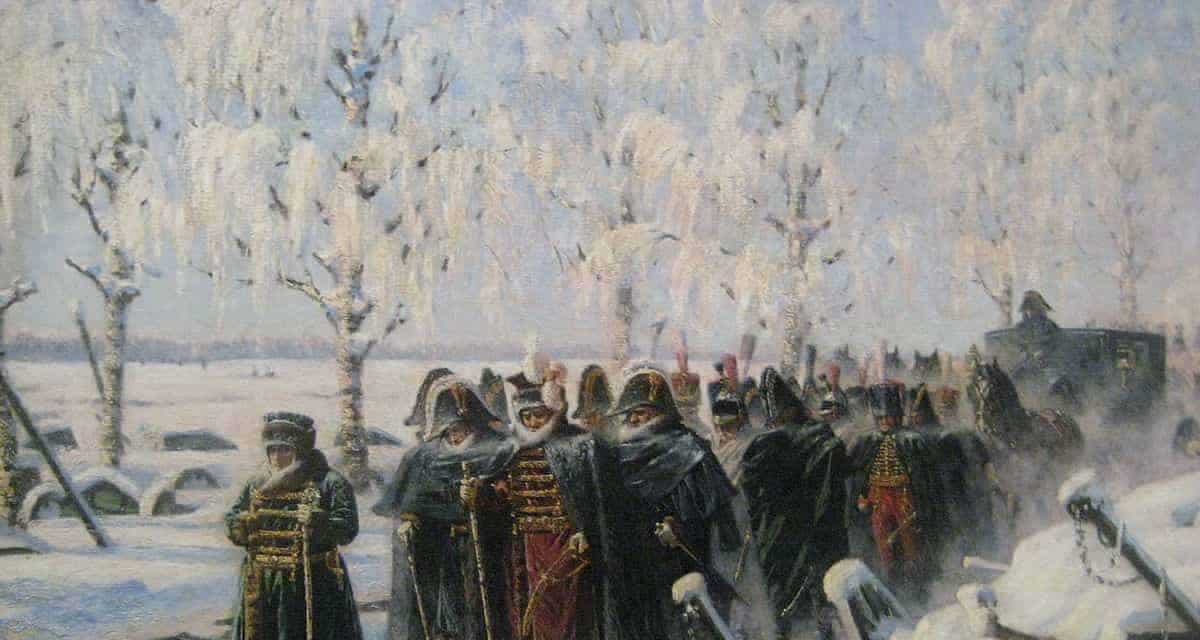 This Day In History: Napoleon Orders His Army to Evacuate Moscow (1812)

On this day in history, the French army under Napoleon Bonaparte withdraws from Moscow. The army had only entered the capital of Russia in triumph only a month later they left the city without a fight. The French army soon was in headlong retreat and sought to leave Russia.

Napoleon by 1812 was the dominant force in Europe and only the British still defied him. In order to defeat the British the French Emperor developed a series of sanctions against the British, this was known as the Continental System. Napoleon demanded that the Russian Empire join this system, but the Tsar rejected this. This was enough for Napoleon to justify an invasion of Russia.

The French Emperor gathered together a huge army , of 500,000 soldiers and staff. This was the largest European military force ever assembled to that date and it comprised not only French soldiers but men from all over Europe.

In the opening weeks of the invasion, Napoleon was faced with a determined enemy who refused to engage in a full-scale battle. The Russians under General Kutuzov decided to retreat before the much larger army of Napoleon, knowing that if they suffered a defeat then the French would conquer â€˜Mother Russia’. Kutuzov retreated deeper and deeper into Russia and this caused Napoleon’s supply lines to become stretched and this was what the Russian general wanted. However, many in the Russian elite deplored the retreat and demanded that he stop retreating and fight. The wily Russian general did not want to fight but he reluctantly gave battle at Borodino. On the 7th of September, the Russians fought the French and the outcome was a draw. Both sides suffered heavy casualties and the Russian continued retreating in the aftermath of the battle. On September 14, Napoleon arrived in Moscow hoping to find badly needed supplies but instead he found an empty city. The entire population of the city had been evacuated. Soon fires began to break out in the city and some of these were caused by Russian patriots. Much of Moscow was burned to the ground and this meant that the French army had no winter quarters and that Napoleon’s army was on the verge of starvation. Napoleon ever a gamble hoped that the Russians would surrender but nothing happened. The Russians knew that Napoleon was in dire straits and reject all negotiations.

On this date in 1812, Napoleon, faced with the onset of the Russian winter, was forced to order his starving army out of Moscow. As the French retreated they were attacked by Russian Cossacks and even ordinary peasants. The French army disintegrated during the retreat through Russia without suffering a major defeat. The Russian winter and the people’s stubbornness meant that Napoleon and his army was destroyed. When Napoleon ordered his army to retreat from Moscow it was the beginning of the end of his Empire.