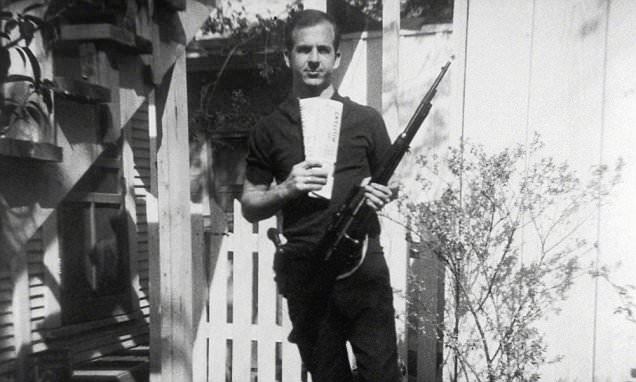 6 – No Other Viable Suspects

Those who believe in the lone gunman theory state one very simple fact; no other viable suspects have ever been found or charged. Critics of this train of thought will doubtless suggest that once Oswald was murdered by Jack Ruby, those charged with closing the case didn’t try very hard to identify anyone else. There is probably an element of truth to this accusation, but more than half a century later, no one has offered any conclusive proof of another shooter.

There are a lot of theories with ‘some’ compelling evidence, but all too often, it’s easy to poke holes in them. Certainly, the ease with which conspiracy theorists jump on low-quality evidence and weak facts does nothing to strengthen their case. For example, a famous photo of three tramps photographed in Dealey Plaza soon after the shooting was held up as evidence that the trio was involved in the event. While they wore scruffy clothing, the fact that they were clean-shaven was suspicious, and all three men were reportedly arrested. There is photographic evidence of the arrest.

However, there is no written record and theorists tried to suggest that the men were involved in the assassination and the Dallas police allowed them to escape. Records released in 1992 revealed the identities of the three men. They were tramps; the two men who were still alive confirmed that they were the people in the photo. It turns out that they spent the night in a homeless hostel and were allowed to shave and wash.

Another unhelpful claim is that the Zapruder film was faked. Although several pieces of photographic evidence in the case was faked, there is no evidence whatsoever to suggest the famous Zapruder film is one of them. Given that the film offers grounds for a conspiracy, it is ridiculous to claim it was doctored to disprove one! Others try to suggest that the person on the front steps of the TSBD was Oswald when it was Billy Lovelady, a colleague of the alleged assassin. Finally, there is the equally preposterous notion that Kennedy’s body was altered to fool pathologists as they performed the autopsy.

Conspiracy theories with no basis in fact and with flimsy or no evidence to back them up cause more harm than good. All the while, no one has come up with a concrete suspect backed by hard evidence that isn’t easily disproved. Theories include a CIA cover-up, a mob hit, a gunman at the grassy knoll and several utterly insane ideas. The inability of those that belief in a conspiracy to put together a watertight case more than 50 years on hurts the credibility of the idea that someone other than Oswald killed JFK. This is remarkable given the evidence which suggests Oswald was not the shooter.

Those who support the theory that Oswald is the killer say he is the only viable suspect and a conspiracy is unlikely as it would involve too many people to stay a secret for this long. On the surface, there appears to be enough evidence to suggest Oswald was the perpetrator but appearances can be deceptive. Did the Warren Commission act based on evidence or did it ignore anything that could cast doubt on Oswald as the killer? In the second part of the trilogy, I will check out the holes in the Oswald as lone gunman theory.

Texas Monthly – Inside a Lifelong Obsession With the Kennedy Assassination

The New York Time Magazine – WITNESS ASCRIBES MALICE TO RUBY; Quotes Him as Saying He Hopes Oswald Would Die