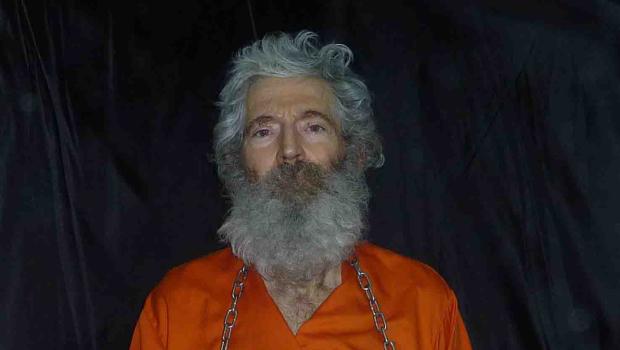 In March of 2007, Robert Levinson disappeared in Iran. He had been visiting Iran’s Kish Island and was supposedly gathering information on a cigarette smuggling case. Robert Levinson was a former FBI agent, but both the CIA and the FBI denied that he was working for them. They claimed that he was a rogue agent operating on his own.

Three weeks after his capture an article in an Iranian state-run paper said that Robert Levinson was in Iranian custody and had been since his disappearance. The article detailed that negotiations were being held for his release in a few days. But there was no release of the 58-year-old. In 2010, Robert Levinson’s family received a video of him pleading for rescue and looking like he had lost considerable weight during his three years in captivity. The following year the family received photos of him in an orange jumpsuit, but there has been nothing since. Robert Levinson remains a hostage to this day.

In 2011 a top Iranian diplomat stated that Iran was holding Robert Levinson and would release him if the U.S. delayed the upcoming assessment which would condemn Iran’s nuclear activities. Another report suggested that if then Secretary of State Hillary Clinton would say that Robert Levinson was being held somewhere other than Iran, they would release him. However, Hillary chose to mention a location other than what Iran had suggested and the deal never materialized.

The CIA official position was that they had not hired Robert Levinson and that they had no idea why he was in Iran. Independent investigations found evidence that made the CIA completely change their story. Once the truth was uncovered both the CIA and Robert’s family asked that the information not be reported in the fear that it would cause the Iranians to kill him.

Click Next to read just what the CIA was hiding

Reporters held off on releasing the information they uncovered for years believing that they were doing what was best for Robert. However, when years passed without a development the reporters went forward with the information they had uncovered. What they revealed was a substantial CIA cover-up that, once exposed, ended the careers of a number of CIA analysts.

When investigators examined Robert’s computer and other evidence they found emails that showed almost daily communication with officials in the CIA. Robert Levinson was working under CIA orders and being paid by the CIA but higher level officials had no idea that he was hired as an independent contractor. It turned out that he was hired by Anne Jablonski, a senior intelligence analyst. She knew Robert from his work tracking Russian gangsters for the FBI and wondered if he would be willing to do some information gathering for the CIA’s Illicit Finance Group.

The Illicit Finance Group was not authorized to hire or manage spies, they were supposed to get all their information from the CIA’s clandestine operations. However, Anne Jablonski was frustrated with the lack of information coming to her and decided to take matters into her own hands. She hired Robert Levinson to work in secret not only to spy on others to gather information but to work in secret from the higher level officials of the CIA. Often Robert Levinson would mail information to her home address instead of to the CIA in order to avoid suspicion.

Robert Levinson circled the globe for Jablonski creating a network of informants that gave her all the information she could ever want, and the information that she was not getting from the CIA’s clandestine operations. It was Robert Levinson who brought up the idea of going to the Kish Island in order to track down another potential informant, no one in the CIA ever told him not to go.

Robert Levinson made contact with Dawud Salahuddin, an Iranian assassin who was wanted for murder in the U.S. but who could offer information about the Iranian regime. Robert hoped that by convincing Dawud Salahuddin that their arrangement was purely a business venture for a private company he could get information. Dawud Salahuddin has confirmed this but said that he has not seen or heard from Robert since their meeting ended.

Robert Levinson remains in Iran and the U.S. government has offered a $5 million reward for his return.