"I Am Only A Patsy": 6 Reasons why Lee Harvey Oswald was NOT JFK's Killer

“I Am Only A Patsy”: 6 Reasons why Lee Harvey Oswald was NOT JFK’s Killer 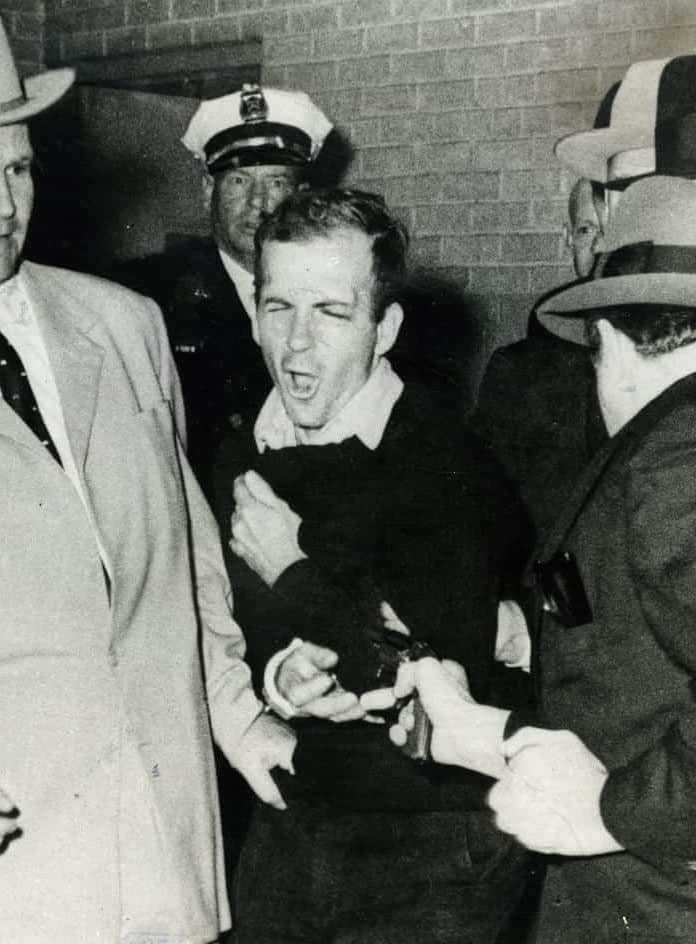 In Part 1 of this series, I looked at 6 compelling reasons why Lee Harvey Oswald could have been JFK’s killer.

In Part 2, I focus on 6 reasons why Oswald probably wasn’t the killer. I looked at the evidence presented by opponents of the “lone gunman” theory, and I think you will find that the case against Oswald being the assassin is just as intriguing as the case for him being President Kennedy’s killer.

Although Oswald probably did own the rifle, this is not a guarantee that he fired it. There is doubt over the NAA evidence used to suggest that all the bullets came from the same gun. It is possible that some of the fragments came from other unrelated bullets. While witnesses claimed that only three shots were fired, there is a chance that the ‘single bullet theory’ (a suggestion that only one bullet was responsible for all of the President’s and Governor Connally’s non-fatal injuries), is false. This means there were more than three shots fired which would make it impossible for Oswald to be a lone gunman.

Only three people saw Oswald that morning, and two of them said the brown bag he carried was far too small to hold a gun; the third witness said Oswald was not carrying a brown bag at all. While his prints were on the rifle, it doesn’t prove that he was the shooter and there are suggestions that the print isn’t genuine. Dallas Police did not mention anything about prints when they sent the gun to the FBI Laboratory, and the investigators did not find any prints. The Dallas Police only announced there was a print when they got the gun back from the FBI.

Regarding Oswald’s prints on the boxes on the sixth floor, it isn’t inconceivable that he had an innocent reason for being there since he was an employee. The FBI’s fingerprint specialist said that one set of prints were made more than three days before the shooting. Howard Brennan was the man who identified Oswald in the window, but in fact, he only gave a generic description of a young white male. The witness saw Oswald on TV and in the police station but could not conclusively identify him as the shooter.

When the FBI and U.S. Army tested the alleged murder weapon, they found that it was in poor condition and almost certainly couldn’t have been accurate enough to make the shots. The ‘three shots in six seconds’ tests were carried out with far better rifles. Also, better marksmen than Oswald couldn’t make the shots in the same manner as the alleged assassin supposedly did. The Warren Commission placed far too much faith in Brennan’s testimony when other witnesses placed Oswald on the first or second floor. Even evidence that Oswald left the TSBD within a few minutes is inconclusive; that was an assumption made by the Commission.

Even if Oswald murdered Tippit (extremely unlikely), he might have believed he was getting set up and shot the police officer before the man had a chance to shoot. A few hours after his arrest, paraffin tests carried out on his right cheek and hands suggest that Oswald may have fired a pistol, but there was no evidence that he also fired a rifle. The test was a common one; when the wax hardened, it extracted any fine residues from deep within the skin, even if the suspect washed their hands in the meantime.

Barium and antimony are found in gunpowder residues but also in printing ink. Oswald possibly handled printing ink that morning as part of his job. Therefore, even if traces were found, they could easily be attributed to his work and not an assassination. Neutron activation analysis found no evidence of residues on Oswald’s cheek. Seven marksmen carried out a test whereby they made the same shots as Oswald. After being tested, all of them had residues on the cheek. The fact that Oswald didn’t suggests he didn’t fire a rifle.