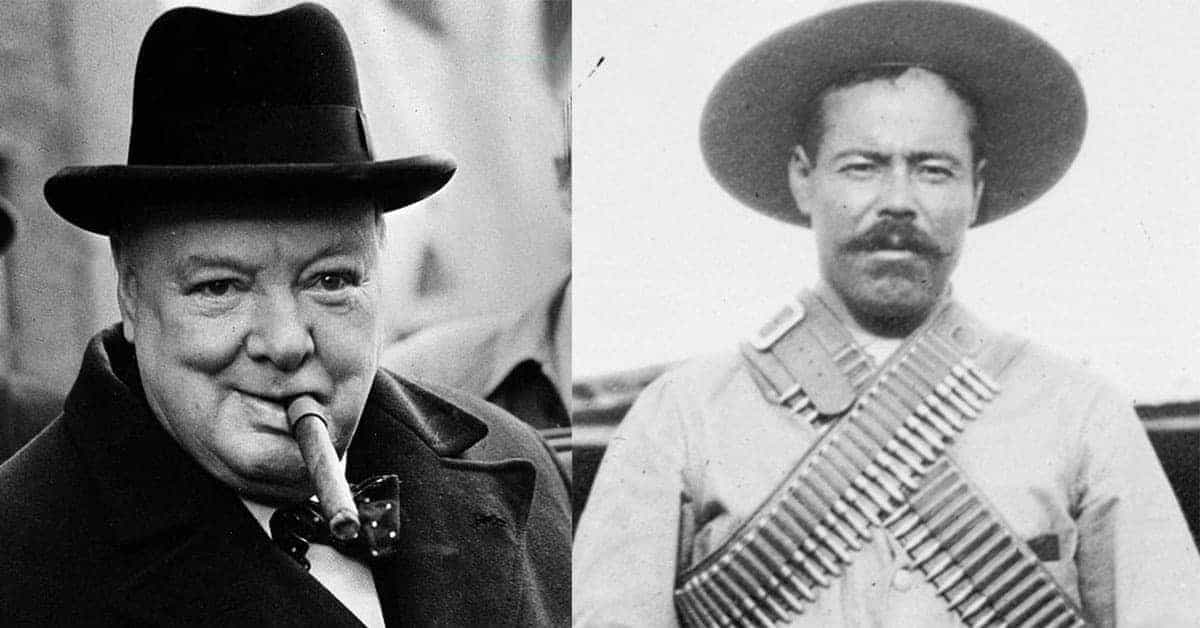 “Go on! Get Out! Last words are for fools who haven’t said enough!”

Karl Marx (1818 – 1883) was the German philosopher and radical socialist whose Communist Manifesto and Das Kapital would form the basis of Marxism, and revolutionize the world for better and for worse. Born in Prussia, he experimented with sociopolitical theories in university, and by the 1840s had become a radical journalist. His writings were viewed as dangerous by the authorities, and in the span of a few years, he was expelled from Germany, France, Belgium, then Germany again, before finding refuge in London, where he settled and lived for the remainder of his life.

Karl Marx’s father was a successful lawyer, a man of the Enlightenment, and a passionate advocate for Prussian reform, who had converted from Judaism to Lutheranism to avoid legal restrictions that barred Jews from high society. Karl received a liberal education in a school whose enlightened leanings made it suspect in the eyes of the reactionary authority, who raided it in the 1830s, confiscated writings deemed subversive from its library, and forced changes in the teaching staff.

Marx’s early years of higher education were marked by poor grades, imprisonment for drunkenness, riotous behavior, and general rowdiness, before buckling down to serious study of the law and philosophy. He was strongly influenced by Hegel, and joined a radical student group known as the Young Hegelians, which marked the beginning of his transformation into a radical, and eventually revolutionary, thinker.

Marx received a doctorate in 1841, but his politics kept him from getting a teaching job, so he took to journalism. Within a year, however, his newspaper was suppressed, and he was forced to move to Paris and the relatively freer French environment. In Paris, he met Freidrich Engels, and the two developed a friendship and began a collaboration that would revolutionize the world.

In 1845, the Prussians pressured the French into expelling Marx, so he moved to Belgium, where he founded a correspondence committee to link European socialists. That inspired English socialists to form the Communist League, and ask Marx and Engels to write a platform for their party. The result was the Communist Manifesto, published in 1848.

Shortly thereafter, Marx was expelled from Belgium. He went to France, which also expelled him. He returned to Prussia, but by then he had been stripped of his citizenship, and the authorities refused to re-naturalize him, so he ended up in London in 1849. He spent the remainder of his life writing, and in 1867 published Das Kapital, which, twinned with the earlier Communist Manifesto, became the philosophical bedrock of Marxism and communist theory.

On his deathbed in 1883, as he lay expiring from pleurisy, he was solicited for final words, to which he replied before breathing his last: “Go on! Get Out! Last words are for fools who haven’t said enough!”

“Have I played the part well? Then applaud as I exit“.

Gaius Octavius, known to history as Augustus (63 BC – 14 AD), was Rome’s first emperor. He was born to an affluent plebian family on his father’s side, while his mother was of the patrician Julii lineage and a niece of Julius Caesar. Octavius’ famous grand-uncle launched his grand-nephew into public life, and groomed him to be his heir. Octavius was in Albania, completing his military and academic studies, when his grand-uncle was assassinated in 44 BC.

Returning to Italy, he learned that Caesar had adopted him as his son in his will, and made him his chief heir. He was advised to decline the dangerous inheritance, but he ignored the advice and went to Rome. There, Caesar’s lieutenant, Mark Antony, refused to honor the will. Caesar’s assassins ignored the teenager, and Cicero, one of Rome’s leading elder statesmen and a leading figure of a politically powerful but militarily weak faction, sought to manipulate him, quipping that he would: “raise, praise, then erase” the young man.

All underestimated Octavius, who responded by paying for public games in honor of his adoptive father to gain recognition and popularity, and wooing Caesar’s veteran soldiers to his side. With a military force at his command, Cicero’s faction sought his aid, bent the rules to appoint him a senator despite his youth, and sent him against Mark Antony, who was forced to retreat from Italy to Gaul. The consuls in official command of the forces arrayed against Mark Antony were killed, so Octavius compelled the Senate to appoint him to a vacant consulship despite his youth.

He then double-crossed the Senate, reached an agreement with Mark Antony, and joined him in a power-sharing dictatorship that launched a massive purge that executed thousands of suspected opponents, including Cicero, before going after Julius Caesar’s assassins, defeating them, and exacting revenge. Octavius and Antony then swore friendship, sealing the bargain with Antony wedding Octavius’ sister, then divided the Roman empire, with Antony ruling the east, while Octavius stayed in Rome and ruled the west.

The duo fell out when Antony fell in love with Cleopatra in Egypt, and married her, abandoning Octavius’ sister. Octavius used that as a pretext to attack Antony, whom he defeated decisively in 31 BC, then seized Egypt and the eastern provinces, finally bringing the entire Roman Empire under his control.

He then set about reorganizing the state. He ended the Roman Republic, whose political structure, created for a city-state, had proved impractical for the governance of a vast empire and resulted in a century of chaos and bloodshed until the reins were taken by Octavius, whom the Senate granted the honorific “Augustus” by which he would be known to history. In the Republic’s place, Augustus established a stable, autocratic, and centralized de-facto monarchy, inaugurating a period known as the Pax Romana, that brought to the Greco-Roman world two centuries of peace, stability, and prosperity

He held supreme power in the Roman world from 43 BC, first in conjunction with Mark Antony until 31 BC, and thereafter alone, until his death in 14 AD. Comparing the role he had to play as emperor to the theater, Augustus’ last words to those gathered around his deathbed were: “Have I played the part well? Then applaud as I exit“.

Considered by many to be the greatest Briton to have ever lived, few led a life as varied and eventful, and as replete with accomplishments and failures, as did Winston Churchill (1874 – 1965). He is best known for his leadership during WWII, particularly during the stretch when Britain stood alone and defiant against the Nazi juggernaut. But even before that supreme moment, Churchill had led a full life that would have exhausted most.

His father was a British lord and prominent Conservative Party politician, his mother was a wealthy American heiress, and neither had time to see him as often as Churchill would have liked. Sent to a boarding school, he did poorly, showing little of the brilliance that would mark his later life, so his father sent him to the army, whose officer ranks at the time were a convenient dumping ground for the dimmer scions of the British aristocracy.

It took Churchill three tries to pass the entrance exams into Sandhurst (Britain’s West Point) in 1893, and enroll as an officer cadet. Once in, he took to military life and began to blossom. Commissioned a cavalry officer in 1895, he took a side job as a war reporter, filing his first stories from Cuba. The following year he accompanied his regiment to India, and in 1898 participated in the Nile campaign that conquered Sudan, both as a soldier and reporter. During the climactic battle of that campaign, Churchill took part in the last cavalry charge in British Army history. A year later, he was in South Africa, as a war correspondent covering the Boer War. Captured and imprisoned by the Boers, he made a dramatic escape, and eluding a massive manhunt, made it back to British lines.

Only 25 when he returned to Britain, Churchill was already a celebrity, known for both his reporting and his personal exploits. Determined to follow in his father’s footsteps, he parlayed that celebrity into a political career. He won the election to Parliament in 1900 as a Conservative MP, but increasing conflicts with his party’s platform led him to switch and join the Liberals in 1903. He rose in Liberal ranks, and by 1908 was in the government as a cabinet minister – the youngest in half a century – who, alongside Lloyd George, laid the foundations for the welfare state.

In 1911, he became First Lord of the Admiralty, and oversaw the Royal Navy’s rapid expansion in an arms race with Germany. However, when WWI broke out Churchill was criticized for a series of naval failures early in the war, culminating in the disastrous Gallipoli Campaign of 1915 that had been his brainchild, and whose humiliating collapse forced him to resign in disgrace, sending him into the first of many recurring bouts of depression. Gallipoli remained a stain on Churchill until it was washed out and redeemed by his WWII leadership.

After WWI, he regained office, and in 1924 switched back to the Conservatives, whose government he joined as Chancellor of the Exchequer, quipping: “anyone can rat. It takes genius, however, to re-rat“. His stint as Chancellor proved disastrous: he restored the gold standard, which resulted in an overvalued British pound and a consequent collapse in British exports, leading to massive layoffs, labor turmoil, a general strike that paralyzed Britain, and Churchill’s being out of a job when the Conservatives were defeated in 1929 and Labor took over the government.

Between the disasters of Gallipoli and his Chancellorship, Churchill entered the 1930s with a poor political reputation. When Conservatives regained office, he was not invited to join the Cabinet, and spent the decade in political isolation that he described as his “wilderness years”. He devoted his time to writing, and to issue warnings about the gathering Nazi menace that were ignored. He was vindicated when war broke out in 1939. Appointed Prime Minister in 1940, in his country’s darkest hour, he cemented his place in history as Britain’s wartime leader.

Booted out of office by British voters within weeks of final victory in Europe, he returned to writing, winning a Nobel Prize in Literature for his WWII memoirs. He returned for another stint as Prime Minister in 1951, before finally retiring in 1955. After such an eventful life, it was perhaps understandable that his final words before dying in 1965 were “I’m bored with it all“.

El Paso Times – Pancho Villa, Who Lived by the Pistol and Died by it, Passes into Mexico History