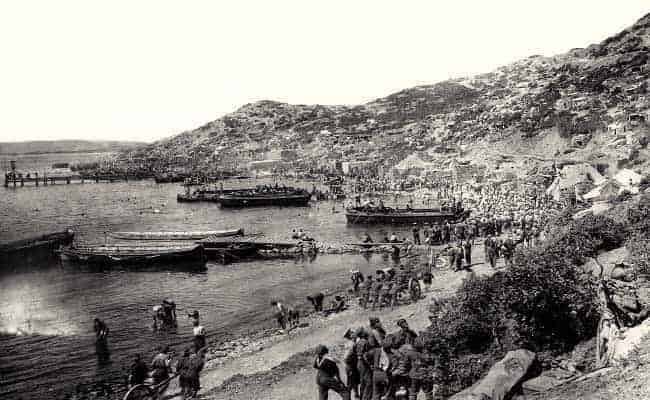 The Battle of Gallipoli, also known as the Dardanelles Campaign, was one of the most disastrous Allied campaigns during World War I. Launched on the shores of the Turkish Gallipoli peninsula by the Aegean Sea from late April 1915 to early January 1916, it was an Allied attempt to open a third front and control the sea route from the Mediterranean to the Russian Empire. It was also the first and largest amphibious attack at the moment in history. Followed by failed naval attacks, confusing orders and confidence of superiority, the Allied Forces composed of British, French, Australians, Indians and New Zealanders suffered a major loss. Lack of Intel, food, water, knowledge of the peninsula, sanitary conditions, indecision, and enemy resistance ultimately hindered success.

Six months after the start of the war, the Allied Forces had made little progress and suffered many casualties. Knowing defeat to be at hand, the British command gave orders to evacuate the forces, which began in December 1915 and ended on January 9th, 1916 after a quarter of a million casualties. Veterans of the war remembered it as a terrible place to have served. The Ottoman Empire, part of the Central Powers, scored a major victory when it was over.

From that event, we have covered in this post ten reasons why the battle of Gallipoli is considered as one of the worst fighting fronts of the First World War 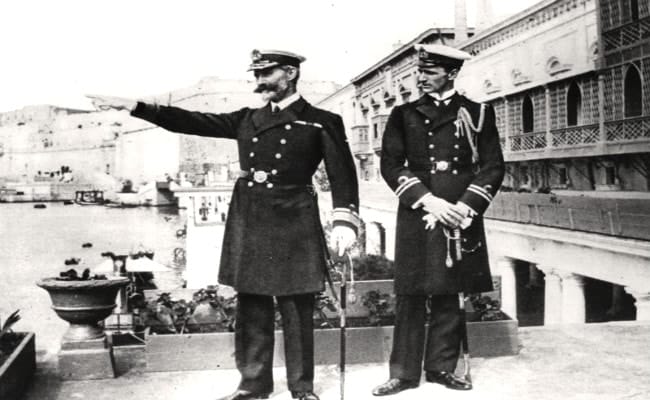 One month before the landing began, Winston Churchill, the First Lord of the Admiralty, planned to use the navy to bombard the Dardanelles and empty the Strait of resistance. With their belief that the Turks would be an easy target, and that minimal force would be needed for success, the British troops commanded by Vice Admiral Carden (head of the British fleet anchored off of the Dardanelles) opened up the first attack on Turkish positions in the Dardanelles.

Although their initial attack managed to destroy the outer forts at Sedd-el-Bahr and Kum Kale, the passage at Strait was heavily mined by the Turkish navy and troops who were set up in other forts and along the shores. Mine sweepers were sent to clear up the zone but due to the great unanticipated resistance by the Turks, they were not able to clear much of the mines. When four old French and six English battleships approached to enter the Strait on March 18, 1915, three of them were sunk, and two others crippled after a few hours of heavy attacks by mines and guns. They were only able to take down a few forts. After much hesitation and losing the initiative, the battleships retreated, allowing the Turks to reinforce the area. After the defeat, Carden collapsed through ill health and was replaced by Rear-Admiral Robeck.

9. Confusing Orders and Lack of Intel 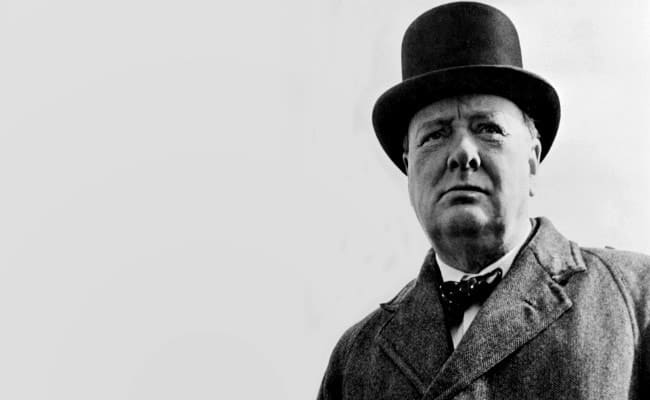 The idea of the invasion was spearheaded by Winston Churchill himself, by then the first Lord of the British Admiralty, believing they were militarily superior to the “sick man of Europe.” Going against the opinion of senior commanders, the head of the British Navy John Fisher, and much of the War Council, who believed that longer planning was needed, the invasion was nonetheless approved and set in February. Joseph Joffre, in charge of the French military command, also opposed the plan of attack. In fact, when Churchill contacted Admiral Carden for his thoughts, he also proposed that a gradual attack might be more appropriate and that immediate execution could be risky.

When a plan, which Carden was prompted to make was ready, Churchill submitted it to the war office. With an unclear decision and details from the War Council, Churchill thought he had been given orders to launch the invasion, while others believed only provisional preparations were to take place. Also, Ian Hamilton, general of the ground forces, arrived on late March knowing very little of the Turkish strength, maps, terrain and military situation. This confusion, coupled with overestimation of the Ottoman Empire as an easy target, would cost dearly to the Allied forces. 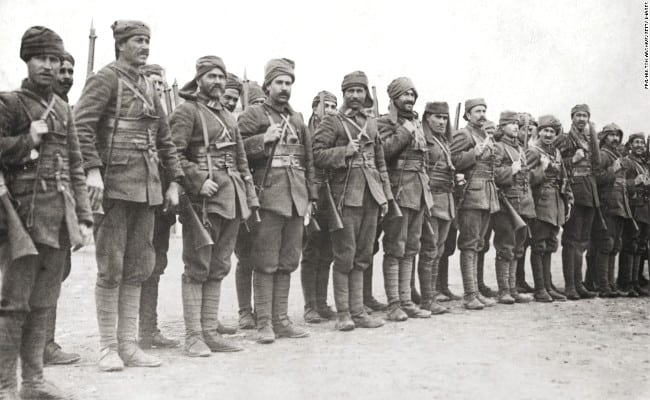 The occupied terrain by more than 150,000 Allied forces in a space less than 2 square miles proved to be arduous and sometimes inhospitable. The peninsula was unfitting for the eight months the campaign was to take place. The beaches were located on a hillside, with steep mountains, little vegetation, and extreme weather at times. Allied forces were also met with fierce resistance and opposition by Turkish troops, commanded by General Mustafa Kemal and German general Otto von Sanders.

Of the 1000 soldiers that disembarked at one of the beaches, only 400 survived the landing. With the Turks holding the higher grounds which was of great strategic importance, the Allied army barely had a chance against the burst of fire from the Turkish machine guns. Despite several engagements, they were only able to move a few miles inland. The unsanitary conditions, complex trench systems, soldiers’ inexperience, and the pile of dead bodies worsen the situation as the fight drag on. It is also believed that the underestimating the abilities of Turks was one major failing of the Allied forces in the Dardanelles. 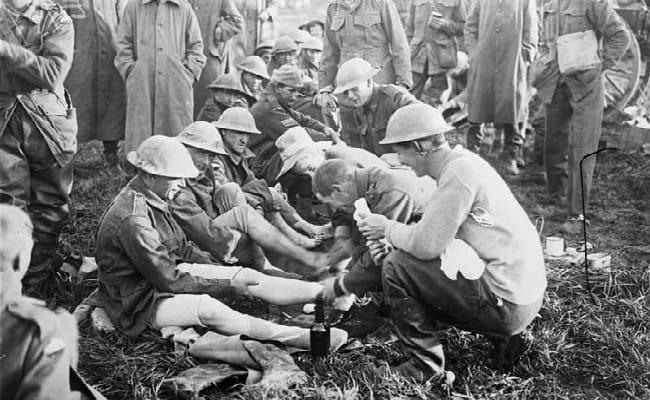 Of the estimated 210,000 Allied causalities, around half of it were caused by diseases and infestations. The overcrowded territory, stench of dead bodies, human feces, lack of water and food led to dysentery, lice infestation and the swarm of flies affected most of the soldiers. It took away their strength and motivation and resulted in the evacuation of thousands.

Unable to recover the bodies from no man’s land due to the risk of being shot or bury those left in the trenches, they filled the air with stench and provided a place for flies and diseases to spread. The high mortality rate meant that rotting corpses were a common sight. Lice was hard to get rid of, dysentery was prevalent due to a shortage of water and food, and many were unable to keep themselves and their clothes clean. These unhygienic conditions would prove to be as deadly as the enemy’s bullets. Also, as the battle was getting bloody and costly, the Allied forces’ medical facilities were completely overwhelmed by the casualties. Considering these conditions, Lieutenant-General Birdwood asked Hamilton for permission to withdraw his troops, but Hamilton refused.

6. Lack of Supplies and Reinforcement 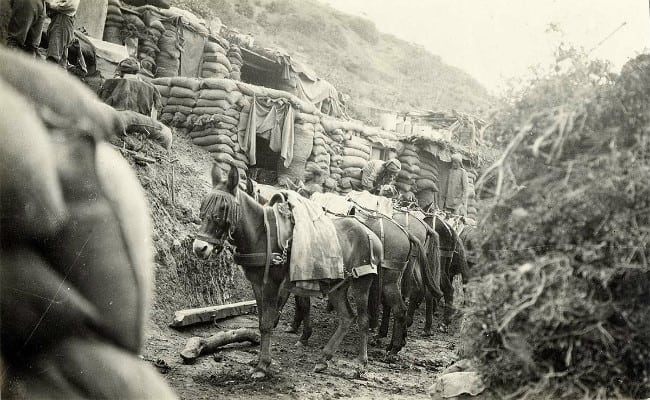 Many soldiers complained about the lack of food and water that was prevalent during months. Since the peninsula was a dry place, fresh water was scarce and therefore had to be rationed. Getting the supplies was arduous too, brought by the sea in tanks which were then delivered to the soldiers in the trenches. The food, which included jam, biscuits and tin cans with bully beef was a source of complaint due to its limited range, small rations, and insipidity.

On the other side, the Ottomans received food from nearby villages and cooked in brick ovens. These shortages, coupled with harsh climatic and living conditions, soon took their toll on the men. Moreover, with only five divisions, a small number of suitable landing beaches and logistical problems, the operation would prove to be complicated. On top of that, the Allied casualties in the Gallipoli Campaign were rapidly mounting as there was not enough medical personnel and only a few hospitals to attend the injured. The next faces of the battle became an insurmountable hurdle as the Turks through frantic attacks continued to push the Allied forces back. 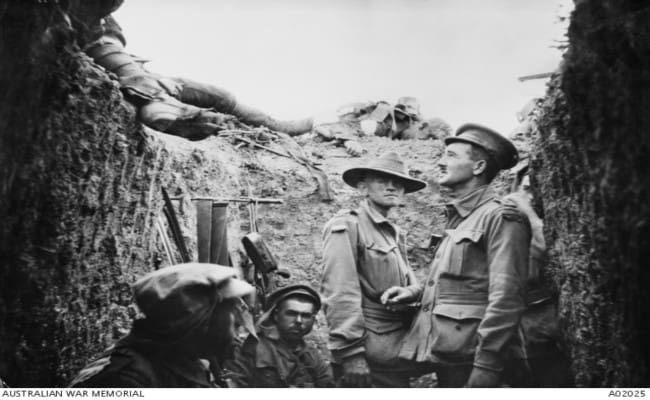 Extreme unsanitary conditions is said to be one of the reasons that caused many of the Allied Forces’ causalities in the Gallipoli battle. Around half of them suffered from illness brought by those conditions and had to be evacuated out of the peninsula or left to die. Several survivors recalled the difficulties brought by the intense heat, lack of supplies, water, and body lice. The dead bodies’ stench also attracted swarms of flies which could spread diseases as well. The latrines were in bad shape due to the overcrowding of soldiers in the small peninsula. As medical facilities became overwhelmed, trench warfare occurred along with the fear of dysentery and the impact of the heat. These conditions became an advantage to the Turkish forces when they attacked, knowing that the Allied troops would go nowhere. 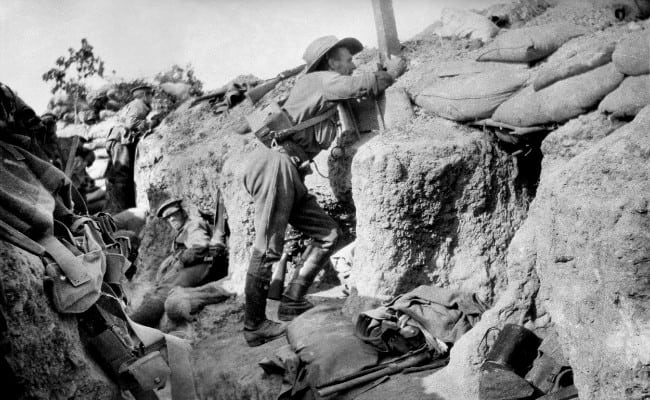 After the initial landing was successful, the situation emulated that of the Western and Eastern fronts: trench warfare. Both sides dug trenches not only to give them protection from powerful enemy artillery but also to offer them a place where they would stay for the months ahead. However, the Allied forces were faced with congestion and the type of their trenches positions varied a lot, depending on the local conditions.

Some soldiers had their trenches only 200 to 300 yards away from each other, and others even just by a few yards, close enough to throw hand grenades to their opponent’s trenches. Most of the trenches had names, one of them being called “Bomber Ridge” due to the constant exchange of hand grenades between both sides. Also, a maze of supply and communication was set up, requiring familiarity with each turn and way. According to historian Simon Harrington, the trenches became so complicated, that “men couldn’t find their way back to the front lines, and had to be rescued.” Also with the cramped conditions and steep terrain, few safe places for men to rest in the front lines were. They were sometimes also required to dig tunnels beneath each other’s trenches and set explosives, as well as construct defensive tunnels.

An important factor that is usually overlooked by most of the people interested in the Gallipoli Campaign is the climate of the Peninsula, which is very varied, to say the least. Unfortunately for the Allied forces, their high commanders overlooked the degree to which their troops in the operation would react to these weather conditions. During summer, the temperatures were high, reaching up to 35 C (95 F). This increased the rate at which diseases spread considering that there were also shortages of water and food.

After August, life during winter was harsh as well as the temperatures could plummet to about 5 C (41 F) or lower, also bringing blizzards and heavy rain. Due to the little precautions taken for these extremes, many soldiers suffered from sunburns, hypothermia, frostbite and trench foot. It could also rain a lot in the peninsula, which flooded trenches, broke parapets and drowned men.

2. Early Causalities and Loss of Momentum

The battleships that were supposed to clear the area before the landing lost the opportunity when the command hesitated after 5 out of 10 were out of commission. Before the ships were even able to touch the ground, the rapid fire of the Turkish guns killed dozens in the boats. Other soldiers drowned before arriving at land, while the barbed wires caught many others on the beach. Alone in the first ten days, the Allied forces had lost more than 10,000 men. In August, surprise landings were to take place at Sulva Bay, which progressed with little resistance by the Turks. However, indecision by the command and delay halted advance in all locations, granting reinforcements the opportunity to arrive and fortify their defenses.

1. It tarnished the Reputation of Several War Officers in Power 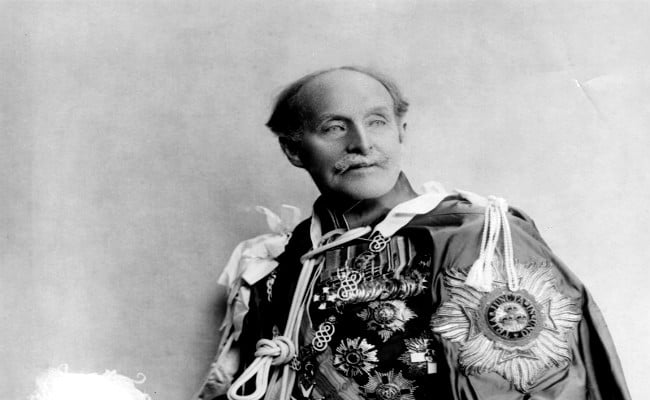 The ground and Allied naval forces at the Battle of Gallipoli changed command several times, and it cost the resignation of two admirals and the British Prime Minister. On March 1915, Admiral Sackville Carden was replaced by Vice-Admiral John de Robeck after he suffered a nervous collapse under pressure to resume naval attack. On May, the headof the British Navy John Fisher resigned due to the fiasco of the operation. After complaints in London, the first general to lead the armies, Ian Hamilton was replaced by Charles Monro in October. The disastrous plan also made Winston Churchill resign from his post in the British Admiralty and head to the Western Front, and H. H. Asquith, prime minister of the UK, to renounce and be replaced by David L. George. The reputation of the Secretary of State for War, Horatio Kitchener, was also tarnished.