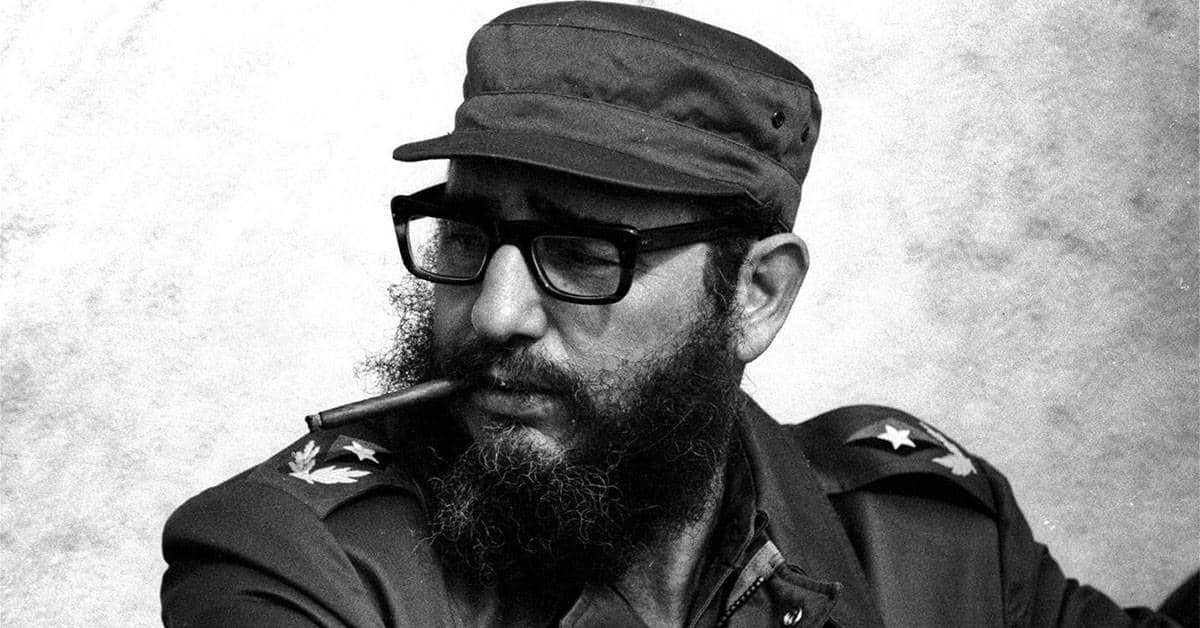 Fidel Castro was a Cuban revolutionary and politician who was Prime Minister of Cuba from 1959-1976 and President from 1976 to 2008. Castro followed the doctrine of Carl Marx and served as the First Secretary of the Communist Party of Cuba from 1961-2011. Castro turned Cuba into a one-party socialist state.

Castro studied law at the University of Havana where he developed extreme anti-imperialist, leftist sentiments. He participated in rebellions in the Dominican Republic and Colombia against the conservative establishments before turning his sights on Cuba.

Castro planned a coup of the Cuban President Fulgencio Batista. On July 26, 1953 Castro and his band of 135 rebel revolutionaries attacked the Moncada military barracks in Santiago de Cuba. The coup failed and Castro was imprisoned.

Upon his release, Castro went to Mexico and formed revolutionary group, the 26 of July Movement, with his brother Raul Castro and Che Guevara. Castro led his newly formed rebel group back to Cuba in a second attempt to overthrow President Batista. On January 1, 1959, Castro successfully dismantled the established regime and assumed military and political power as Prime Minister of Cuba, which became the first communist state in the Western Hemisphere.

Castro, in response to American opposition, formed an alliance with the Soviet Union and allowed the USSR to keep nuclear weapons in Cuba, beginning the Cuban Missile Crisis.

Public opinion of Fidel Castro is polarized. Supporters view his as a champion of socialism and anti-imperialism who liberated Cuba and installed progressive economic policies and social justice despite American imperialism and opposition. Critics view Castro as a dictator who impoverished Cuba through failed economic policy and oversaw human-rights abuses such as political abuses of psychiatry, political executions, brutal campaigns against homosexuals, institutionalized racism and the utilization of forced labor camps.