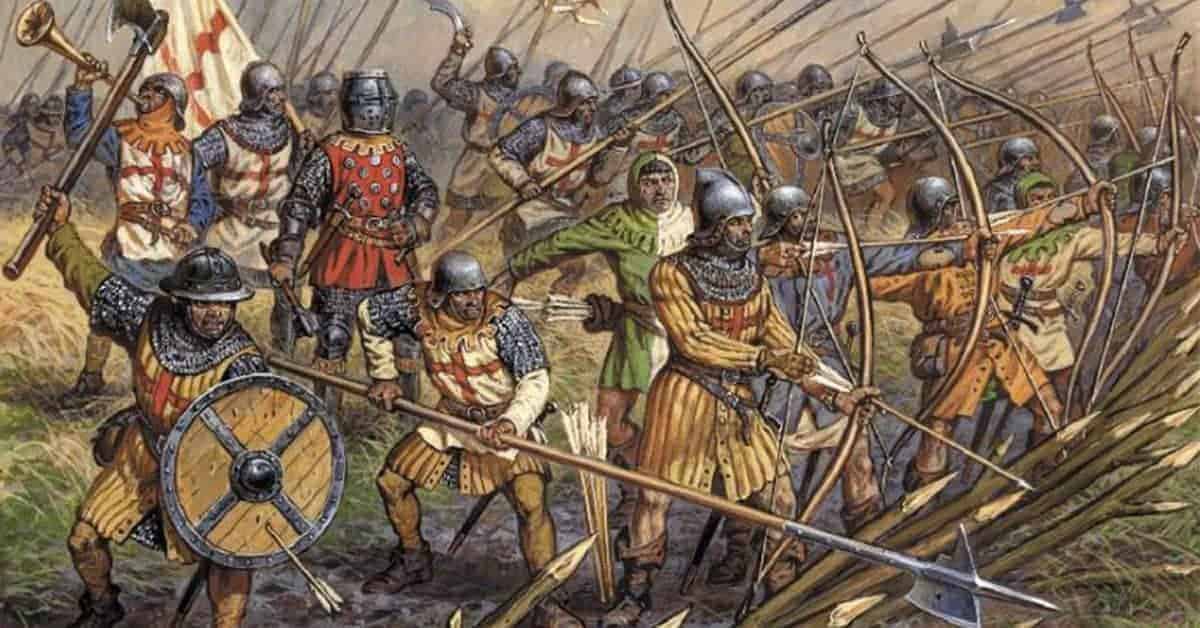 At 10:25 AM, June 4th, 1942, Japan was mistress of the Pacific, had the world’s strongest naval aviation force, and was dictating the terms of war. By 10:30 AM, Japan had effectively lost WWII.

After Pearl Harbor, Japan went on a rampage, winning stunning victories. Her war strategy however was to win a battle of annihilation, like Tsushima, then negotiate a favorable peace. Pearl Harbor was a success, but no Tsushima, so the Japanese figured an invasion of Midway Island might lure what’s left of the US Navy into showing up for a climactic showdown. Assuming that the US Navy had only 1 or 2 aircraft carriers in the Pacific, the Japanese launched their operation with 4 fleet carriers. However, US cryptanalysts had cracked Japanese codes and knew of the upcoming attack. Moreover, the Americans had more carriers in the Pacific than expected – one had been transferred from the Atlantic, and another that had been damaged in an earlier battle and was expected to take months to fix, was rushed back into service after 48 hours of repairs. Thus, the Japanese would meet 3 US carriers, and an alert enemy waiting in ambush rather than one caught off guard.

The Japanese launched a carrier strike against Midway on the morning of June 4th. They inflicted significant damage, but a second strike was necessary. So the Japanese aircraft were recovered and readied. While preparing that strike, the Japanese learned of the presence of American carriers. Midway wasn’t going anywhere, and destroying aircraft carriers was more important, so orders were given to switch the bombs from ones intended for ground targets, to anti-ship bombs and torpedoes.

While that was going on, the American carriers had launched their own aircraft against the Japanese. First to arrive were Devastator torpedo bombers – slow planes that had to fly low, steady, and straight, to launch their torpedoes. 41 Devastators attacked the Japanese carriers without fighter escort. 35 were shot down, without scoring a hit. The Japanese carriers resumed refueling and rearming to strike the American carriers.

While the American torpedo bombers were getting slaughtered, a flight of American Dauntless dive bombers was lost, trying to locate the Japanese. They had neared the point beyond which they wouldn’t have sufficient fuel to return to their carriers, but their commander decided to keep going. He was rewarded by spotting a lone Japanese destroyer below. Guessing that it was heading to rejoin its fleet, he used its wake as an arrow, and that led him to the Japanese fleet.

And a Japanese fleet caught at the worst possible time for an attack from dive bombers. The carriers were rearming and refueling, so their decks were full of bombs and torpedoes and gas. There was also no fighter cover – the Japanese fighters had gone down to intercept and destroy the torpedo bombers that had attacked at low level, and hadn’t yet regained altitude when the American dive bombers showed up high above and dove down. Within 5 minutes, 3 of the 4 Japanese aircraft carriers were burning. The fourth was sunk later that day.

The goal of the German summer offensive of 1942 was to capture the Soviets’ oil fields in the Caucasus. Stalingrad was intended as the easternmost anchor for a line stretching between the rivers Don and Volga, that would be manned in order to protect the advance into the Caucasus from attack in the rear by Soviets advancing from the north. However, the symbolism of the city being named after Stalin grabbed the attention of the egomaniacal German and Soviet warlords, and what began as relatively unimportant morphed into a major showdown.

Hitler unnecessarily poured more and more resources into capturing the city. The Soviets’ fierce resistance, as with the Germans’ fierce attacks, was initially based on the symbolism of the city’s name. However, the Soviets soon saw potential that went beyond the fight for the city, while the Germans did not, and therein lay the seeds that germinated into a German debacle: the story of the battle could be summarized as the Germans thinking small, while the Soviets thought big.

The Germans focused on the fight for the city, with its capture being an ultimate end. The Soviets saw the defense of the city as simply a means to a more ambitious end: they fed enough forces and supplies into Stalingrad to keep the battle going and the Germans engaged, while massing huge armies hundreds of miles to either side, with the aim of launching them in a pincer attack, Operation Uranus, that would bag the Germans inside the city and the Axis armies guarding their flanks.

Operation Uranus went like clockwork, as the Soviets smashed through the Italian, Romanian, and Hungarian armies protecting the Germans in Stalingrad, and within 4 days, the Soviet pincers met. The disaster was made worse by Hitler’s insistence that the Germans inside Stalingrad stay put and fight it out until relieved by a rescue force, rather than try and break out. No rescue came, and by the time the last Germans in Stalingrad surrendered in February of 1943, the Axis had suffered 728,000 casualties, and the German spell of invincibility was broken.