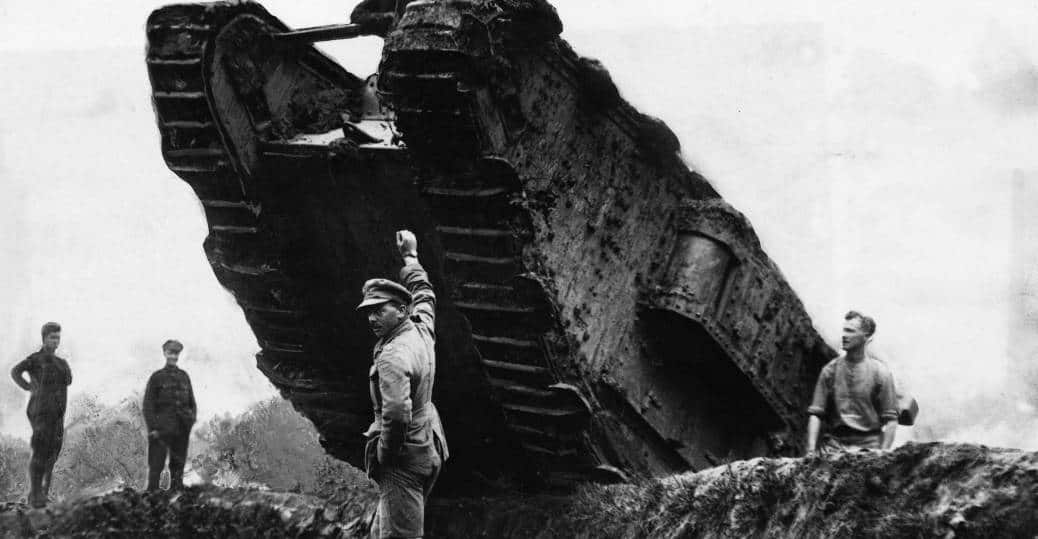 The Fourth Bloodiest: The First Battle of the Somme

A week prior to the start of the Battle of the Somme, the British began an artillery assault on Germans in the trenches near the Somme River. It was hoped that this would weaken German offenses; however, German troops and artillery were in deep trenches, and losses in the artillery assault before the Battle were limited. This led the British to underestimate the strength of German forces.

Within just a few days, the Germans were forced to call in reinforcements from troops in Verdun. By August of 1916, German casualties numbered 250,000; the German General Falkenhayn resigned; and food shortages were becoming common. In September 1916, the British brought tanks into the fight; gaining ground, but sustaining significant casualties. British gains continued, relying upon the strategy of the “creeping barrage,” in which artillery fire was used to clear a path for infantry troops to make slow progress. Fighting in the offensive ceased on November 19, 1916.

The First Battle of the Somme was a victory for the Allies, but it was a victory at an astonishing human cost. In total, there were well over one million casualties in this battle, counting the British, French and Germans.