This Day In History: The First Battle of Ypres Begins (1914) 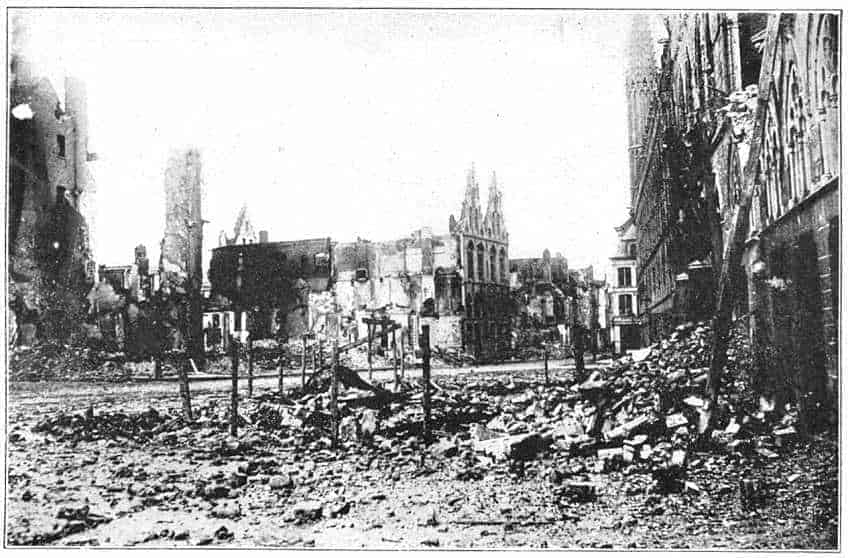 This Day In History: The First Battle of Ypres Begins (1914)

On this date in history on October the 19th , in 1914, the First Battle of Ypres was fought. The battlefield was near the present-day Belgian city of Ypres. The city was of great strategic value to all sides in the battle because who controlled it was able to control the entire north coast of Belgium.

The Germans invaded Belgium in 1914 and they swept through the country and into France. The Imperial German army inflicted a series of defeats on the Allies and they approached Paris. However, the French army was able to stop the advance of the Germans at the First Battle of the Marne. This led to a series of maneuvers by both sides often referred to as the ‘race to the sea’. The two armies tried to outflank each other and they began to build defensive lines of trenches. Eventually the ‘race to the sea’ ended in the Belgian City of Ypres. The city was heavily fortified and it effectively controlled access to the English Channel. Whoever controlled the city could control the English Channel which was very important to the British.

The city was defended by members of the British Expeditionary Force (BEF), that was commanded by Sir John French, some French units, and Belgian army units. The Belgian units had retreated to Ypres after the fall of Antwerp. The Germans recognized that the city was of crucial importance and prepared to launch an offensive aimed at capturing Ypres. On October the 19th the Germans began their offensive but the Allies resisted fiercely. The fighting continued for several weeks with heavy casualties on both sides. The Germans did not gain much ground and the Allies lines generally held. The fighting in the battle was a series of attacks and counter-attacks. The Allies used trenches extensively for the first time in the war. The trench system of defense proved their worth on several occasions when they allowed the British and the French to beat back heavy German attacks. The First Battle of Ypres was marked by intensive shelling. Soon the terrain was devastated and it looked like nothing else on earth.

Fighting continued, with heavy losses on both sides, until November 22. The arrival of winter weather forced the battle to a halt as the rains caused the battlefield to become a mud bath and this made fighting impossible. The fighting on the front was to resume in the Spring but it was not as fierce or intensive. At the end of the battle a salient had been formed and this was to be the scene of major battles in the coming years. The Battles of Ypres as they became known have gone down in history for their brutality and horrors.