This Day In History: The Battle Of The Somme begins (1916) 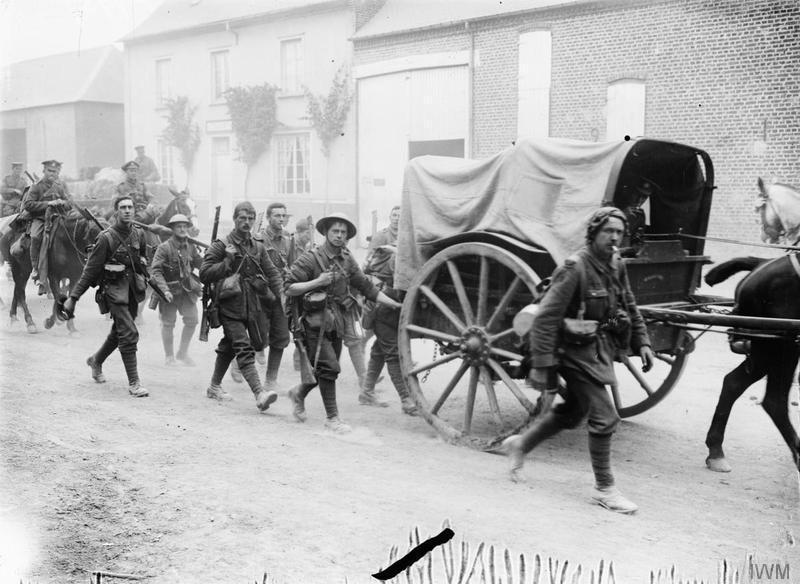 This Day In History: The Battle Of The Somme begins (1916)

On this day in 1916, the British and Germans began one of the most infamous battles of WWI. The British launched a massive offensive against German forces in the Somme River region of France. In the previous week, the British had shelled the German lines, with some quarter of a million shells. On this day some 100,000 troops jumped out of their trenches and moved towards the German lines. The British soldiers expected the Germans to have fled after the heavy bombardment. Instead, they found that the Germans had survived the bombardment. The Germans fired on the advancing British with machine guns.

By the end of the day, some 20,000 British soldiers were dead and another 50,000 wounded. The British suffered the heaviest losses of the war and it was the greatest loss of life in all British military history.

The Battle of the Somme only allowed the British to advance a few miles. The Germans were able to retreat to another line of defense and there was no British breakthrough. The planners of the British offensive had anticipated that the Battle was to end the trench warfare that since August 1914, had become a bloody war of attrition. The Somme was also intended to give relief to the French, who were engaged in a bloody life and death struggle with the German army at Verdun.

The battle was to drag on for a few months and until the onset of winter. The fighting involved machine guns, infantry charges, artillery duels and poison gas. The British lost some 650,000 men killed and wounded. The Germans also suffered very high casualties, it is believed that they suffered some 600,000 casualties. It is estimated that for every few yards of territory gained that 1000 allied lives were lost.

After it was clear that there would be no great breakthrough of the German lines. The British commander Haig decided to concentrate on making smaller gains and this did deliver some real gains to the British. However, there was heavy criticism of Haig and the British High Command because of the very high losses for so little gains. In total, the Allies only gained some 125 square miles.

The Somme is for many people one of the most futile battles in a futile war. However, many historians have argued that the Somme, though a tragedy, was not a defeat or a bloody stalemate, but helped to end the war. They have pointed to the fact that it took pressure off the French at Verdun. If it was not for the Somme, the French could have collapsed at Verdin and this would have led to a German victory in WW I.

Although Haig was severely criticized for the apparent failures at the Somme and the heavy casualties, his strategy to commit massive amounts of men and resources to the war on the Western Front did help to achieve victory over Germany in 1918. This was because Haig’s strategy eventually word the Germans down and broke their will to fight on.

Imperial War Museum – What Happened During The Battle Of The Somme?

Veterans Affair Canada – The Opening Day, Battle of the Somme, 1916

History Extra – The Somme: Was It Really A Monstrous Failure?

History Collection – This Day In History: The Battle Of The Somme Ends (1916)