Forget the Artists: The Top 8 Military Generals of the Renaissance 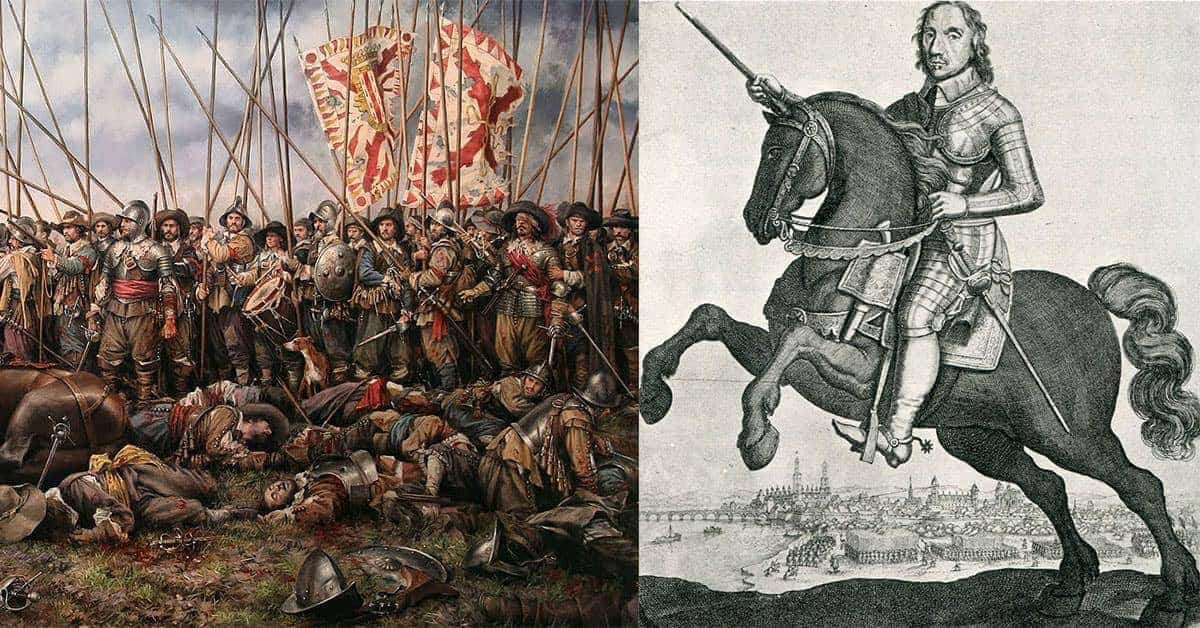 Forget the Artists: The Top 8 Military Generals of the Renaissance

Gustavus Adolphus of Sweden had a career akin to Alexander the Great or Stonewall Jackson; a promising career cut short by an unexpected death. Gustav rose to the Swedish crown at the young age of 16 and rose to such fame that he was known as the Lion of the North. In addition to being a military genius, Gustav also boosted Sweden into the renaissance that it had been missing out on earlier.

Gustav took advantage of Sweden’s natural metal stockpiles and gladly accepted skilled metal workers fleeing religious prosecution to create the most modern gunpowder army Europe had seen. Gustav made use of newer, smaller cannons as mobile anti-infantry and had guns throughout the infantry.

Not only did Gustav use the latest tech, he trained his army to be able to adapt to any situation; the archer was well practiced with his bow, but he was drilled in operating a hand gun if he needed. Pikemen were trained in horsemanship so they could steal the horses of the defeated cavalry and launch a swift counter.

This level of cross-training was unheard of and came into action at the Battle of Breitenfeld. In a massive and equally-matched battle, Gustav’s cavalry swept the flank and captured the large artillery battery. Instead of sabotaging the guns as most cavalry of the era would, the Swedish got off their horses and manned the cannons, firing into the rear of the enemy infantry who soon routed due to the relentless artillery from opposite directions.

The Battle of Breitenfeld was a perfect example of Gustav’s modern army and his tactics during the battle let a pike and gunner unit hold off sustained cavalry charges while the Swedish cavalry worked their way to the cannons. Later in his career, at the Battle of Lutzen, Gustav organized an attack on an entrenched Catholic League through heavy fog.

A hard fought and confusing first phase of the battle left Gustav separated and he was fatally wounded. His army fought on and embraced their training and pushed through fortified trenches and broke the enemy center. Though Gustav’s career was short-lived, it was one of excellent strategic and tactical command decisions. The Protestants were on the brink of losing the war before Gustav stepped in and after his death they turned the tides of war in their favor for several years.

This one might be a bit of a sneaky submission as Jan Zizka fought for Bohemia in a time where the Renaissance existed but had a long way to go before Poland got the message. Regardless, Zizka is a commander too talented to leave off this list, especially considering he is one of the few undefeated generals.

Zizka fought as a bandit or mercenary into his 50’s before being involved in the Hussite Wars. The Hussite Wars were a pre-protestant Reformation conflict in Bohemia that prompted Catholic crusades. Knowing that Crusaders were coming against the Hussite’s collection of militia and farmers, Zizka needed to find a way to defeat larger and more professional armies with untrained troops.

His solution was similar to Gustav’s; combined arms tactics, but with a twist. Bands of men were stationed in fortified wagons often arrayed in a defensive formation. Mixes of pikemen, archers, gunners and more filled the wagons and artillery were stationed in protected areas between the wagons.

Facing armies more than five times their size, Zizka banked on a confident enemy attack on the wagons and the odd arrangement of the wagons, usually on favorable terrain, thwarted even the strongest attacks. Men aimed to take out the horses from under the nights and after an exhausting charge failed, the Crusaders retreated and were too exhausted to stop a Hussite counter. Masterful tactics that won several victories against thousands of professional troops using farmers and militia.

Zizka’s greatest achievement was perhaps his defense of Prague. On the strategic Vitkov hill that controlled supply lines outside of Prague, Zizka set up a defense with about 100 men. As many as 80,000 Crusaders came to besiege Prague and 8,000 of them tried to dislodge Zizka and his men. After two days, the Crusaders gave up the siege, having lost 300 knights at Zizka’s hill alone. The hill now bears Zizka’s name in honor of one of his most important victories.

Zizka had lost the use of an eye before the Hussite wars, and before the war’s end he would be wounded in his other eye and rendered blind. Zizka commanded several more battles even after he was blind and won them all. So fiercely did Zizka care for his troops, that when he was dying of plague he wished for his skin to be made into battle drums to inspire his troops after he was gone. His army called themselves the sirotci (Orphans) after his death as Zizka was as a father to them all. A great leader, and an unbeaten general despite facing constantly horrible odds, Zizka is absolutely among the best of the era.

Say what you want about the horrible occupation of Mexico that followed Cortez’s conquest, and you can even point out that Cortez had help from hundreds of thousands of native allies, but his ability to maintain a victorious campaign against the Aztecs was undeniably impressive. Yes, the armor, guns, and smallpox certainly helped, though Cortez still faced an entrenched enemy twice his size and had to split his army three times and still took one of the most impressive cities in the Americas.

Going into a relatively unknown area against an unknown enemy was difficult. Even Caesar had some troubles in Britain, and Alexander won against Porus in India, but the hard-fought battle led to some mutiny. The Aztec capital of Tenochtitlan was the most impressive thing many of the Spanish had ever seen, and the sacrifices the most horrifying. The Aztec Obsidian-bladed clubs might shatter against armor but could and did cut horses heads completely off, a frightening sight.

All of this together would usually make an army far more likely to panic and flee. Knowing that capture meant having your heart ripped out should have been enough to make the average soldier break ranks to flee, but Cortez’s men never fled, even when massively outnumbered.

The actual capture of Tenochtitlan was masterful, a slow but methodical march up three long causeways while being attacked on three sides by infantry and skirmishers on canoes day and night, but Cortez’s place on this list comes down to his actions during the months of June and July 1520, a year before Tenochtitlan even fell.

The Spanish had been welcomed into the great city, and to hugely condense things, the emperor was captured, killed by his own people and, after a slaughter by the Spanish, the town revolted with the Spanish still inside. This led to “the sad night” as Cortez led a desperate escape with about 1,000 Spaniards and about 15,000 Native allies against as many as 100,000 Aztec warriors and hostile citizens.

Spaniards were executed, drowned or killed on the spot and almost every man who escaped had some wounds, but they did escape. Getting out of Tenochtitlan was no small feat, the Spanish conquest should have ended that night and given future invaders reason to stay away, but Cortez and his men lived to fight another day.

A week after the sad night the Spanish fought again. Still nursing wounds and recovering from the horrors of the escape, the Spanish found themselves facing an army of 100-200,000 men. The Spanish had 500 wounded men left and only a few hundred allies. They were short on food and had been harassed day and night by following Aztec skirmishers.

Despite the odds, the Spanish met the Aztecs in open battle. Cortez knew the Aztecs enough to recognize the army’s command structure and had his cavalry make precision charges straight at the enemy captains. Though few in number, the technological advantages in armor and horses led to the deaths of multiple Aztec captains. After a charge led by Cortez killed the army commander, the Aztecs routed. Thousands of Aztecs were killed to about 100 Spaniards.

These two engagements showed both the tactical skill and the grasp of leadership Cortez had. He kept his men together and even persuaded a group that had come to arrest him to join his fight. Cortez did more than most conquerors with far less to work with, and against an enemy inspired absolute terror into their victims through fear of what happened if they were captured.

History Channel – 7 Things You May Not Know About the Medicis

History Collection – The Brutality of the Aztec Empire in Mesoamerica

History Collection – Sacrifice to the Gods: 10 Startling Facts About the Aztec Culture