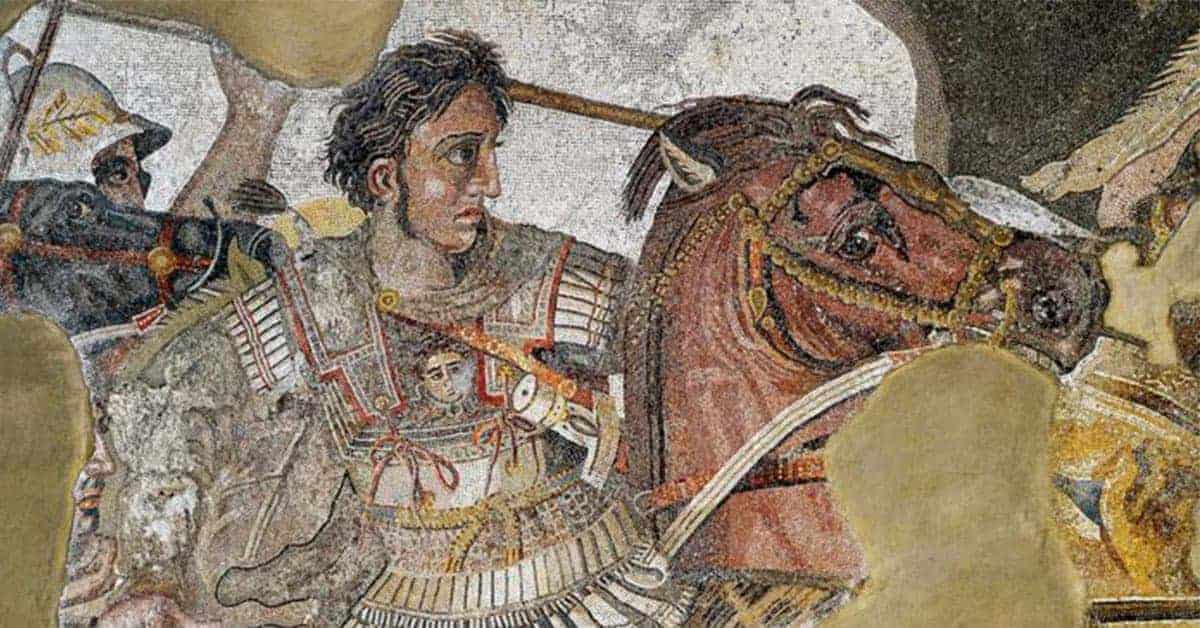 Why Caligula turned to Alexander

To be a Roman emperor you had to be a military man, and if you weren’t you had to at least pretend to be one. Caligula was only 25 when he came to power, and although 25 years was more than enough time for most aristocratic Romans to gain valuable military experience, Caligula had spent his teens and early twenties shut away on the Island of Capri with Tiberius. There he’d been forced to keep his head down, trying to survive the toxic environment of paranoia, executions, and the emperor’s increasingly twisted sexual degeneracies.

So it makes sense that when Caligula eventually came to power, he had to look for inspiration elsewhere. For sure his father Germanicus provided a great role model. But Germanicus was long dead, and his consignment to the underworld meant he had never come to realize his potential on earth. Then again, his father had taken an incredible role model of his own in Alexander; one who was daring, driven and oozed militarism. Why shouldn’t Caligula do the same?

Caligula’s biographer, Suetonius, tells us that while Caligula was visiting Egypt he stole Alexander’s breastplate from his sarcophagus in Alexandria. Whether this is true or not we’ll never know. But the authenticity of the breastplate isn’t as important as the fact that Caligula claimed it was real. We’re told that Caligula would often wear Alexander’s breastplate and dress up as the great Macedonian; one of the many costumes in his wardrobe as well as those of Bacchus, Jupiter, Venus, and even the moon (Caligula liked dressing up a lot).

The big occasion on which Caligula donned Alexander’s breastplate was when he constructed a bridge of ships across the Bay of Baiae sometime in 39 AD. After spending the day riding up and down it on horseback—supposedly to retrospectively disprove a prophecy that he would sooner ride across the waters of Baiae than become emperor—he spent the evening leading some kind of military procession which quickly descended into a Bacchic rave. So much alcohol was consumed that several of Caligula’s companions fell into the water. Instead of helping them out, however, the emperor ordered them to be held underwater with oars as he fell about laughing.

Caligula also introduced Rome to an eastern practice called proskenysis. Though it had different forms, it traditionally involved bowing and kissing a ruler when greeting them, thereby treating them as a god. From our sources, it seems proskenysis was rife at Caligula’s court. The later emperor Vitellius once shamed himself by falling at Caligula’s feet and addressing him as if he were a god. Another man, Pompeius Pennus, was spared his execution by Caligula, and was made to kiss the emperor’s left foot as a thank you. And at Caligula’s last meal before his assassination, we’re told that one of the consuls for that year passed the evening showering kisses on the emperor’s feet.

The proskenysis was linked to another famous figure too: Alexander. He introduced it at his court in Bactria, Central Asia, in around 327 BC, demanding that Greeks, Macedonians, and Persians perform the act whenever they greeted him. This may have been caught up with Alexander’s “delusions of grandeur”, to put it lightly (or “believed he was a god” to put it bluntly). Alexander claimed divine descent from Zeus Ammon, and with Caligula too being the first emperor to demand worship as a god, it’s more than likely that Caligula looked to Alexander when introducing this to his court. Unfortunately for him—as his assassination would ultimately prove—in doing so he made a fatal error of judgement.