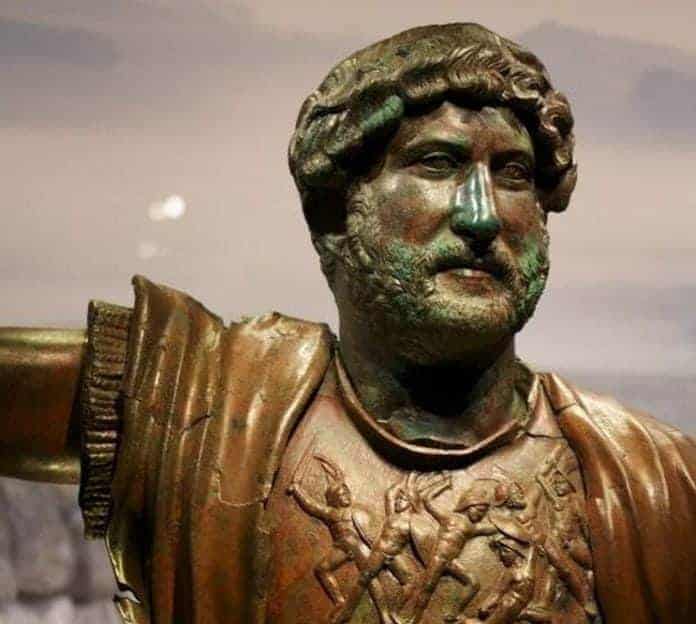 The Western Roman Empire had dozens of rulers from its formation in 27 BC to its conclusion in 476 AD. I have already covered the worst emperors in Rome’s history but what about the best? Which leaders helped make Rome into a great empire? Many things make a great leader; military competence, administrative ability and the capacity to put the people’s needs ahead of your own. The names of the men mentioned in this article typically crop up when historians create their top 10 lists.

Augustus’ real name was Gaius Octavius (or Octavian), and he is considered to be the first Roman emperor. He was born in Rome in 63 BC and was named in Julius Caesar’s will as adopted son and heir and formed the Second Triumvirate with Lepidus and Mark Antony after Caesar was assassinated in 44 BC. The trio ruled as military dictators and divided the kingdom amongst themselves. Tensions quickly mounted between Octavian and Antony which ultimately led to a civil war. Octavian was victorious at the Battle of Actium in 31 BC, and four years later, he became Emperor Augustus although he referred to himself as the First Citizen of the State.

Augustus is widely regarded as one of the greatest emperors of Rome and his reign began a period known as Pax Romana, or ‘The Roman Peace.’ Unlike Caesar, who made himself a dictator, Augustus formed the principate in 27 BC. It was effectively a monarchical system with a sole ruler who held power for life. Despite having full control of all aspects of the Roman Empire, his powers were concealed behind constitutional forms. It was a shrewd move as to the public eye; Augustus was a humble ruler when in reality, he had the final say in everything.

He proved to be an excellent leader who at least listened to the advice of the Senate. Augustus was not then military genius that Caesar was, but he was an able commander and had brilliant military minds such as Agrippa at his disposal. Augustus created a standing army and began an aggressive campaign of expansion as a means of keeping Rome safe from barbarians.

Domestically, Augustus started reconstruction and social reform programs. A host of stunning structures was built in Rome, and the emperor was also a fan of the arts. He offered patronage to leading poets of the era including Horace and Virgil. The ‘humble’ ruler also made sure his image was promoted across the empire in the form of coins and statues. Although there were some military disasters towards the end of his reign such as Teutoburg Forest in 9 AD, Augustus left the empire in fine shape and set the scene for further expansion and approximately 200 years of relative peace within Rome.