Today In History: Julius Caesar Defeats The Pompeian Forces in His Final Victory (45 BC) 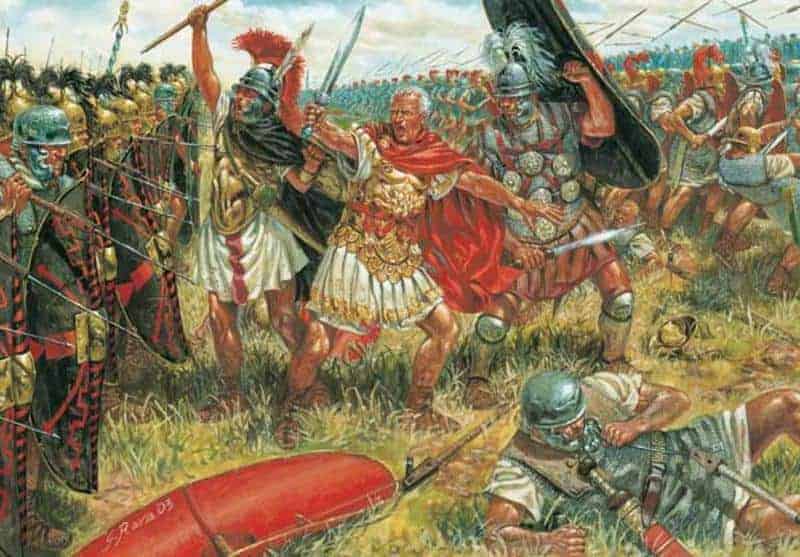 Today In History: Julius Caesar Defeats The Pompeian Forces in His Final Victory (45 BC)

Julius Caesar’s last victory before his assassination was in the Battle of Munda on March 17, 45 BC. The battle was waged in southern Spain and was the last of many battles making up Caesar’s Civil War against the Roman Republic. Since his success in destroying the Pompeian army, Caesar’s only military opposition was limited to Hispania (modern-day Iberian Peninsula).

Acting as mercenaries, veterans of the Pompeian army began crossing paths after joining Caesar’s forces. They went rogue, declaring themselves as fighters for Gnaeus Pompeius, and ran Caesar’s government out of the Iberian region. Soon, more of the Pompey fractions joined them, making them a force to reckon with and they soon possessed control over all the Hispania region.

Caesar withdrew from Rome to deal with the situation. In less than one month, he was able to make the 1,500-mile journey from Rome to Obulco. The Pompeians were surprised to see the Roman leader, not expecting him. Still, Caesar was not able to take Cordoba into Roman control as he had hoped. A battle was on the horizon, but Pompeian forces were made anxious by this and avoided it at all costs. Thus, Caesar would have to wait throughout the winter with his troops, which meant focusing on gathering food and securing shelter.

During the winter months, Caesar took the fortress city of Ategua. It was a huge upset for his opposition, who were already uncertain about their situation. With confidence in question, Caesar’s move confirmed to many troops making up the Pompeian army that there were was little to no chance of victory for their side. After a number of small run-ins, Pompeius began bleeding troops as a plan to defect to Caesar’s side gathered steam.

Finally, the two armies stood facing one another on the plains of Munda, ready for battle. The fighting went on for eight grueling hours, without one side showing dominance over the other. Caesar famously reflected that he had fought many times for victory, but at Munda, he had to fight for his life. Tens of thousands of Romans died in the battle. A month later, one of the leaders of the Pompeian army was captured and executed. Ten years later, the second leader was executed by Mark Antony.