Atypical Deaths of these Historical Figures

Atypical Deaths of these Historical Figures 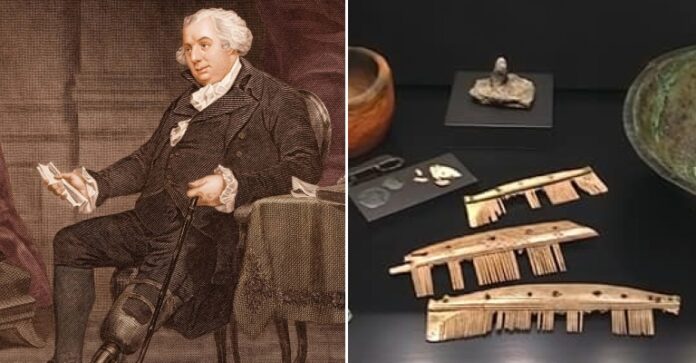 Death comes to all, the great and the small. For most, it comes in prosaic and unremarkable ways, meeting death in a bed of sickness or old age. For some, however, death comes in an unusual guise, with so many bells and whistles that it leaves the living scratching their heads and going “wait… what?” Following are forty fascinating things about some of the latter types of death, culled from the annals of history.

40. The Founding Father Who Shoved a Comb Up His Manhood

“We the People of the United States, in Order to form a more perfect Union, establish Justice, insure domestic Tranquility, provide for the common defence, promote the general Welfare, and secure the Blessings of Liberty to ourselves and our Posterity, do ordain and establish this Constitution for the United States of America.”

The Preamble to the United States Constitution, above, was written by Gouverneur Morris (1752 – 1816). Although not one of the best-known Founding Fathers, Morris was probably the wildest of the bunch. Among other things, he married an accused murderess, had a thing for public “intimacy”, and lost a leg in an adultery-related accident. To cap off the wildness, he died after shoving a whalebone comb up his “private area”.