The Slave Who Escaped from George Washington 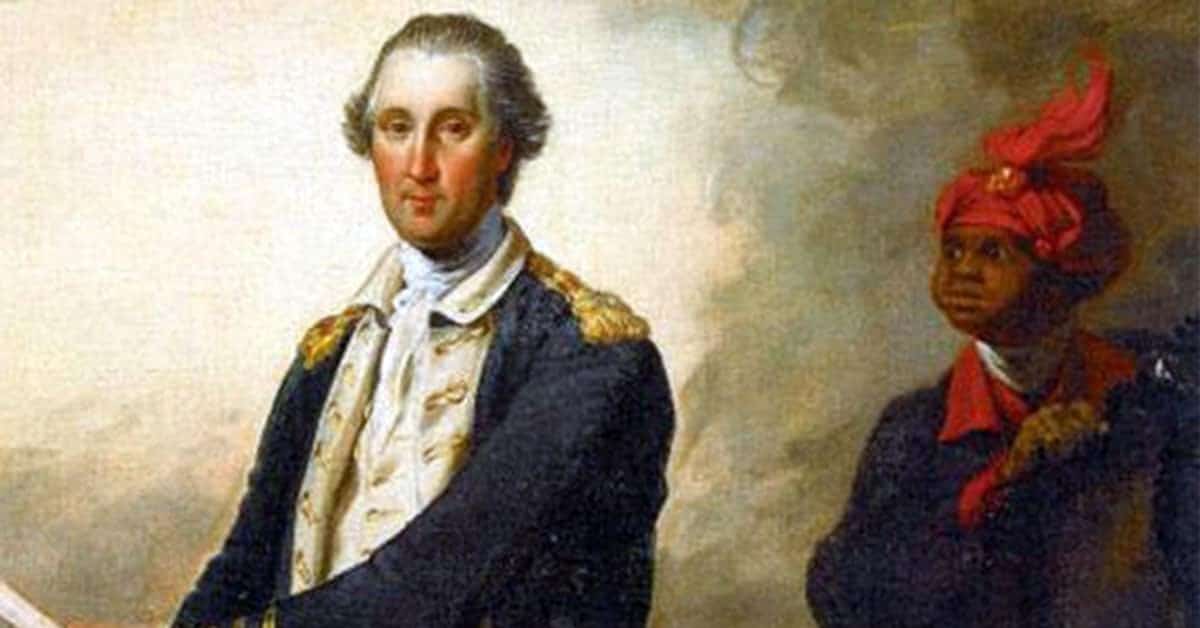 The Slave Who Escaped from George Washington

Before the end of the American Civil War, there were many US Presidents who owned slaves in their lives at one point or another. Even Ulysses S. Grant owned at least one slave prior to 1859 (though we know it was only for a short period of time, and the circumstances surrounding the purchase of said slave is unknown). So, it shouldn’t be all that surprising that the United States’ first president, George Washington, also owned slaves.

According to the Goerge Washington Museum, Washington became a slave owner at age 11 when his father died. In his Last Will and Testament, Augustine Washington left his son 280 acres of farmland and 10 slaves. In 1755, George Washington purchased seven more slaves, including a young child.

By the time Washington died in 1799, he owned around 123 slaves (around half of what worked at Mount Vernon), most of which came from his wife Marta, who inherited them from her father.

How Washington treated his slaves is unknown. There are conflicting reports. On one side, there is an account from a man named Richard Parkinson (an Englishman who lived nearby), who reported that “it was the sense of all his [Washington’s] neighbors that he treated [his slaves] with more severity than any other man.” On the other end of the spectrum, a foreign visitor, who we don’t know the name of, is said to have written that Washington dealt with his owned slaves “far more humanely than do his fellow citizens of Virginia.”

What historians do know is that Washington frequently used very harsh punishment when his slaves got out of line. He was also known for separating families when one member displeased him by selling that member to slave owners in the West Indies.

Over the course of his life, several of his slaves managed to escape. One was named Hercules, who served as the family cook. Apparently, Washington loved his cooking so much that he brought Hercules to Philadelphia when Washington became President. Hercules escaped sometime after Washington left office, apparently because he didn’t want to leave Philadelphia.

Oney Judge was another slave that belonged to George Washington. Oney Judge was born sometime around 1773 (her exact date of birth is unknown, though that isn’t at all unusual for a slave at that time). Her father was a white English tailor named Andrew Judge, who never claimed paternity, therefore, allowing his daughter to be sold into slavery.

Ms. Judge was brought into the Washington manor house at age ten, likely as a playmate for Martha Washington’s granddaughter, Nelly Custis (descended from Martha Washington’s first husband). In 1789, she was promoted to body servant to Martha Washington, and taken to New York (the site of one of the Presidential Households). More is known about Oney Judge than any other slave that George Washington ever owned, and for very good reason.

The Escape of Oney Judge

Surprisingly, George Washington was in favor of gradual abolition, despite the number of slaves that he owned. “I can only say that there is not a man living who wishes more sincerely than I do to see a plan adopted for the abolition of slavery,” wrote Washington on April 12, 1786, in a letter to Robert Morris.

Despite that, as we’ll see, he held no sympathy for an escaped slave, even his own. Oney Judge was one of seven enslaved Africans that was taken to New York City in 1789. A year later, the national capital was transferred to Philadelphia, two additional slaves joined the Washington Household. Of the nine slaves in Philadelphia, Oney and Hercules are the only two that we know anything about.

To go along side this story, it is important to note that the Pennsylvania legislature had passed a law that would gradually emancipate any slave that was owned by non-citizens of Pennsylvania. While parts of the law would eventually be ruled unconstitutional by the US Supreme Court (1842), it is an important side story to Oney Judge’s eventual escape.

Despite that law, and Washington’s quoted preference towards gradual abolition, he claimed that he was not to be held to Pennsylvania’s law when the national seat of government was moved to Philadelphia in 1790. He held that he was a citizen of Virginia. In order to get around the law, he eventually started to rotate his slaves so that they weren’t confiscated and freed every six months, as the law required.

It is possible that Oney Judge would have been one of the slaves rotated out of the state of Pennsylvania by the Washingtons (we don’t know that for sure, as records weren’t kept). However, we know for sure that she was going to be given as a wedding present to Martha Washingon’s granddaughter. She wanted to prevent this at all costs.

Oney Judge escaped from the Philadelphia Presidential residence on May 21, 1796. In an 1845 interview, Oney Judge recalled, “Whilst they were packing up to go to Virginia, I was packing to go, I didn’t know where; for I knew that if I went back to Virginia, I should never get my liberty. I had friends among the colored people of Philadelphia, had my things carried there beforehand, and left Washington’s house while they were eating dinner.”

Immediately following her escape, the Washingtons posted Runaway advertisements in Philadelphia newspapers. Rewards of up to $10 were offered for anyone who brought her back, and additional monies were promised if anyone captured her further away from Philadelphia. Oney Judge escaped on a ship named Nancy that was captained by a man named John Bowles. The Nancy was headed towards Portsmouth, New Hampshire, where Oney hoped to find safe haven.

The pursuit of Oney Judge would last for several years and would involve several of the country’s top officials by the time all was said and done. In fact, as late as September 1798 a nephew of George Washington would travel to New Hampshire for the sole purpose of bringing Oney Judge back to the Washington family (this was just a year before George Washington died).

The primary method by which Washington might have seen Oney Judge’s return would have been through the courts, utilizing the Fugitive Slave Act (which he signed into law in 1793). However, he did not want to go about using this method, as he feared the response of abolitionists in New Hampshire, and as it would have been part of the public record, he feared it might attract unwelcome attention.

Instead, Washington pursued Judge through a series of intermediaries, including the Secretary of the Treasury, Oliver Wolcott Jr., and Joseph Whipple one of Portsmouth’s top officials. This attempt by Wolcott was planned as an abduction, which would have forcibly taken Judge back to the Washington household. However, it was abandoned when Whipple warned that such an attempt might cause a riot amongst the supporters of abolition in Portsmouth. Whipple refused Wolcott’s request to forcibly place Judge onto a ship against her will. However, he gained her agreement to return to the Washingtons on the condition that they agree to free her following their deaths.

Needless to say, George Washington was having none of that. In a scathing response to Whipple in late 1796, Washington wrote: “I regret that the attempt you made to restore the Girl…should have been attended with so little success. o enter into such a compromise with her, as she suggested to you, is totally inadmissible, for reasons that must strike at first view: for however well disposed I might be to a gradual abolition, it would neither be politic or just to reward unfaithfulness with a premature preference [of freedom]; and thereby discontent before hand the minds of all her fellow-servants who by their steady attachments are far more deserving than herself of favor.”

By 1798, Oney Judge had married and had a child. In September of that year, a nephew of Washington was sent to attempt to negotiate her return but failed. He then planned to kidnap her, but that too failed when she was warned by Senator John Langdon. So why is all this important? Well, first it shows that despite Washington’s abolitionist stance, he seemed unwilling to be lenient towards escaped slaves. Second, it is one of the earliest cases of an escaped slave where we know almost all the details, and that’s because Oney Judge was interviewed several times in the 19th century before her death. In many ways, Oney Judge represents one of the first inspirations for abolitionist America.

George Washington died in December 1799. In his Will, he declared that all of his slaves were to be freed upon the death of his wife Martha. Despite this, only 124 of the 300 plus slaves at Mount Vernon were freed, as the rest belonged to his wife’s estate. As Oney Judge was a dower slave, she was never truly free. She lived the rest of her life as a Runaway. Even her children belonged to the estate of Martha Washington née Custis. Her two daughters died 10 years before Judge, and no one knows what happened to her son.

Exploring the Past – Did Ulysses S. Grant Own Slaves During the Civil War?

The Huntington – George Washington, a Letter, and a Runaway Slave

Mount Vernon – A Decision to Free His Slaves

History Collection – During the Debate over Abolition of Slavery, the White Male Youth Vote was Incredibly High