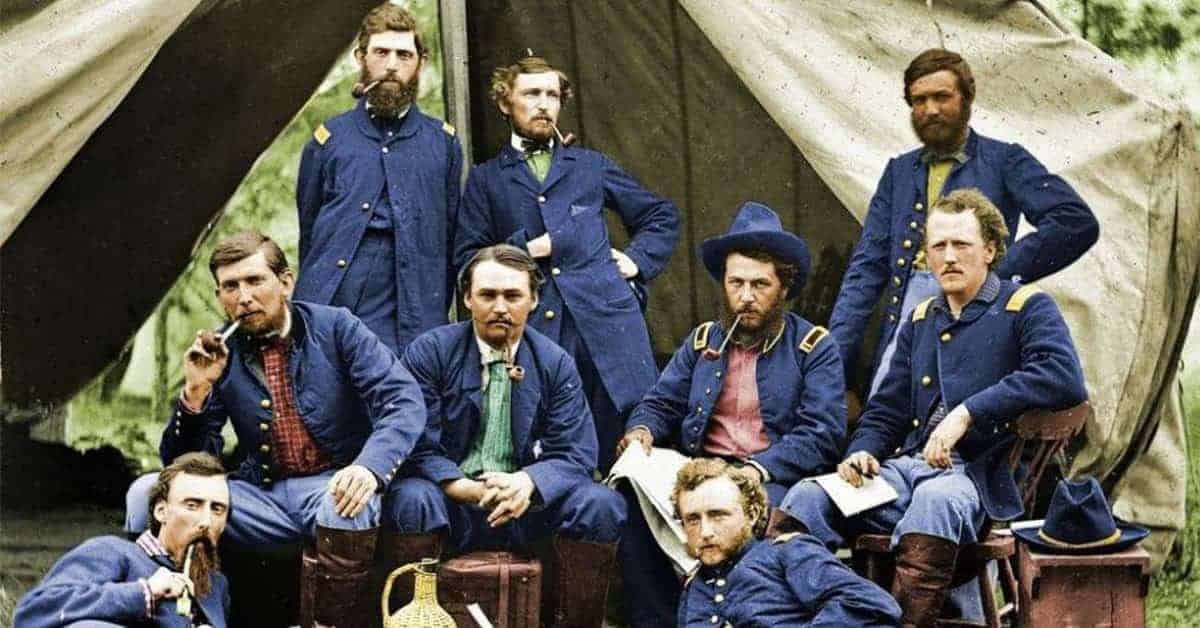 The Battle of Little Bighorn, more commonly known as Custer’s Last stand, was fought June 25-26, 1876 between the U.S. 7th Cavalry and the Lakota, Northern Cheyenne, and the Arapaho tribes. The 7th Cavalry suffered an overwhelming defeat with five of the Cavalry’s twelve companies being completely decimated.

As settlers headed west into the Great Plains in the second half of the 19th century, tensions between the United States and the Natives grew to conflicts known as the Sioux Wars.

During the Sun Dance, the most important religious ceremony of the year for the Lakota and Cheyenne, spiritual leader Sitting Bull had a vision of “soldiers falling into his camp like grasshoppers from the sky.”

On June 25, Custer’s scouts saw a large band of horses and a Native village. Custer, after the Cavalry had been spotted by hostiles, elected to begin the attack immediately.

Custer was told before the expedition that there would be no more than 800 warriors. Due to a protest of the U.S. government policies by ‘reservation Indians,’ many more joined Sitting Bull for the summer buffalo hunt. There were between 1,500 and 2,500 warriors.

Major Reno received orders to attack with his battalion first. Reno and his men had become overwhelmed with the large Native army and were forced to retreat through a small forest and across the Little Bighorn River.

Custer, and his five company battalion, did not wait for Major Reno and his men to regroup and rejoin the cavalry. He charged.

Reno’s company heard gunfire but could neither see what was happening nor had the capability to assist. Reno and his men waited at their location until June 27 when General Terry arrived with news of the slaughter.