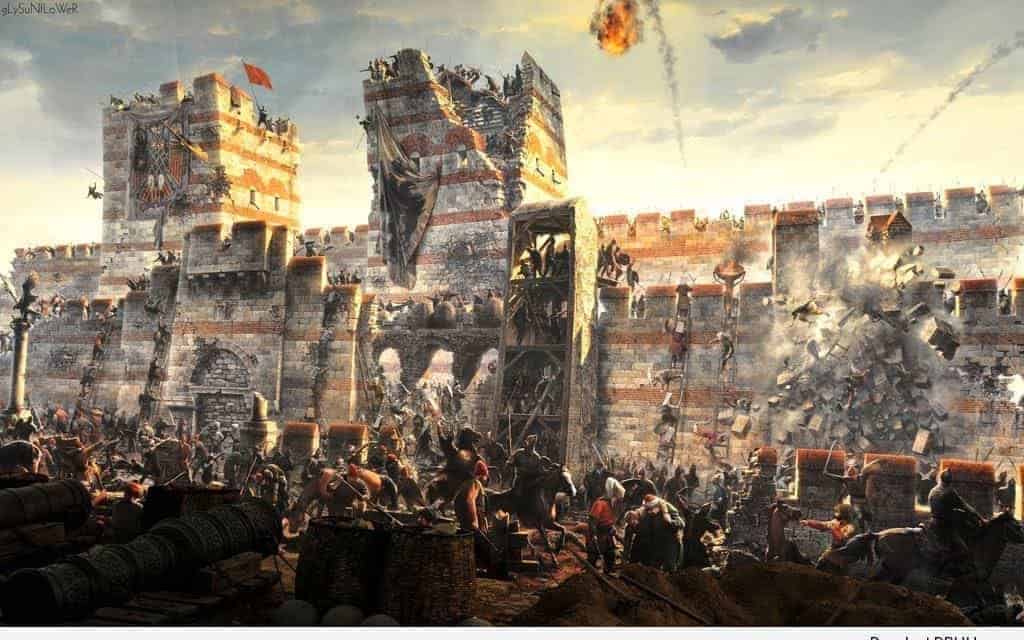 Michael VIII became emperor in 1259 and regained Constantinople within two years. He was not highly regarded in Byzantine history despite being an accomplished ruler; perhaps because he murdered his way to the top although his attempt to unite the Catholic and Orthodox churches also made him an unpopular figure. Michael managed to end the Latin Empire, but his death in 1282 probably extinguished the last fleeting hope of a revival.

The Ottoman Empire rose in 1299 upon the decline of the Seljuk Turks and set its sights on the Byzantine territory. By now, the Byzantine Empire was in complete disarray and a civil war between 1321 and 1328 damaged it severely as the rising Turks were able to make gains in Anatolia. After the Siege of Nicaea (1328-1331), the Byzantines held little of Asia Minor and was an empire in name only. Another civil war (1341-1347) rocked the Byzantines and allowed the Serbs to make gains in Macedonia, Epirus, and Thessaly. The Black Death followed the civil war and devastated Constantinople just as it did many cities in Europe.

By the end of the 14th century, Byzantine was little more than a dependency of the Ottoman Turks who almost surrounded Constantinople. Unsurprisingly, the Turks made the capture of Constantinople its number one priority. The first Siege of Constantinople began in 1397 but was relieved in 1402 after the Turks suffered a heavy defeat to an army of Mongols and Tartars at the Battle of Ankara. Manuel II Palaiologos tried to gain support from nations in Western Europe but received sympathy and little else.

Ottoman Sultan Murad II led a Second Siege of Constantinople in 1442, but it was quickly lifted after fierce resistance by defenders of the city. In 1453, Sultan Mehmet II decided to end the Byzantine â€˜Empire’ once and for all. By this stage, the empire consisted of the province of Morea and Constantinople only. Emperor Constantine XI and the 8,000 men defending the city fought bravely against overwhelming odds but on May 29, 1453, Constantinople finally fell.

University of Montana – Did Justinian Create the First Pandemic?