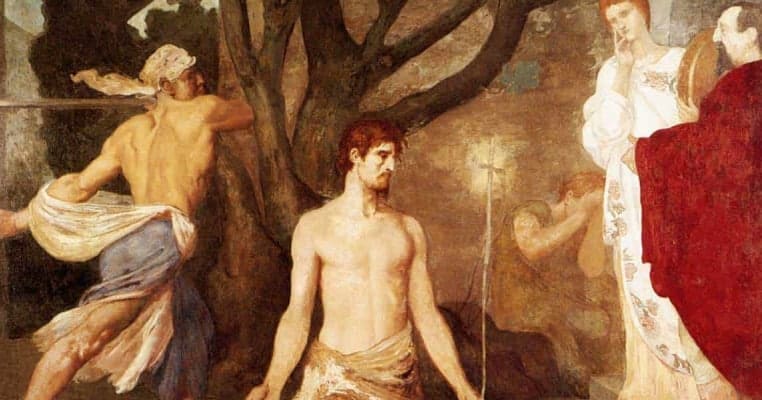 2. Lovelorn seamen would collect Sailor’s Valentines in the Caribbean in the 19th century – and now they sell for big money

Today, collectors will pay good money for ‘Sailor’s Valentines’. These unique gifts were hugely popular from around 1830 to 1890 but quickly fell out of favor. Adorned with shells and intricately decorates, the small wooden were traditionally picked up for their sweethearts when they went ashore in the Caribbean. Barbados was a particularly popular place for picking up such a trinket. Traditionally, the local women made them from shells imported from Indonesia, selling them only love-struck American sailors for a healthy profit.

1. The Church took Saint Valentine’s Day off its official back in 1969 due to a lack of evidence about his life

In 1969, the Catholic Church removed the Saints Days of 100 saints from its official calendar. In some cases, they removed the days dedicated to men and women whose behavior was, in retrospect, far from saintly. At the same time, the Church also took away the days dedicated to saints whose stories remain unclear. Among those who got the axe from the official Catholic calendar was Saint Valentine. According to the Church authorities, there isn’t enough evidence about his life or work to grant him an official Feast Day.

“The Origins of Wearing Your Heart on Your Sleeve.” Smithsonian Magazine, February 2013.

“Cockles, Motto Lozenges and Sweethearts.” The Library of Congress, February 2011.

“What is Valentine’s Day and how did it start?” BBC Newsround.

“The Mysterious History of the Real Saint Behind Valentine’s Day.” Time.com.