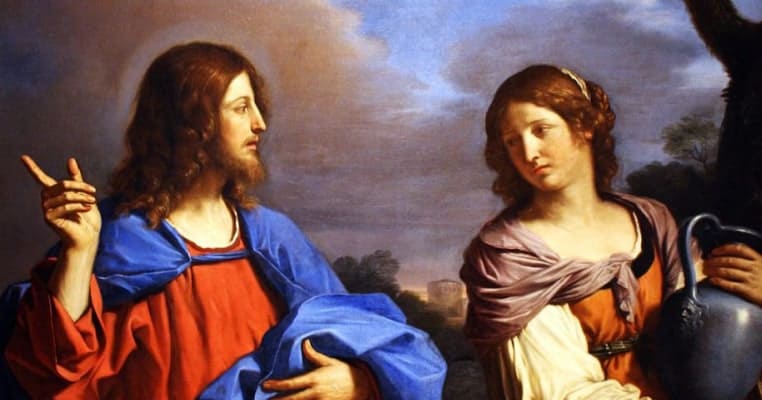 19. According to Islam, who died on the cross?

The Koran is clear, according to believers, that Jesus escaped crucifixion and was raised into heaven without first suffering the death of mortal humans. But it is equally clear that there was a crucifixion, and that those who witnessed it doubted whether the man crucified died on the cross. The generally accepted belied in Islam – that Jesus (Isa) was raised bodily into heaven and will return at the end of time – has led into three contending theories over the crucifixion described in the Koran. Some believe that Jesus was crucified, but not long enough for death to have taken place before being rescued. Others argue that such deceit is not possible of the Supreme Deity, and another was crucified in Jesus’ place.

One such replacement argument is that it was Judas Iscariot, the traitor of Christian belief, who died on the cross, deservedly since he was a liar, traitor, and thief. Another is that Simon the Cyrene, the spectator who helped Jesus carry the cross on his path to Calgary, was executed after the minds of the executioners were confused by divine action. Another belief is that Simon Peter was executed in place of Jesus. There are other theories, involving the deaths of others on the cross as well as Jesus being taken down from his supposed execution still alive (the Jesus swooned theory), none of which fully counter the Christian belief of the crucifixion, at the end of which Jesus’s death was confirmed by his being pierced in the side by a Roman soldier with his lance.

20. The belief that Jesus was entombed in France was widespread in the first and second century

The resurrection of Jesus was not widely accepted among the early followers of his teachings, whom in the first century were generally referred to as Nazarenes, rather than as Christians. The symbol with which they identified themselves was less that of the cross, and more widely that of a fish. Sects of the Nazarenes believed that the body of Jesus was removed from the tomb in which it had lain and transported elsewhere. One explanation of this belief, which is widely reported in apocryphal texts, is that Mary Magdalene had the body removed from the tomb and carried to an underground crypt prepared through the approval of Tiberius (the Roman Emperor), in the south of France.

The Avenging of the Savior is an eighth century apocryphal text which recounts Mary Magdalene’s journey to Rome, under the name of Veronica, where she obtained the permission and support of the emperor to have Jesus interred in a crypt near today’s village of St. Thibery (itself a reference to the name Tiberius, rendered Thibere). The document, and others which describe the location of another tomb, to which the body of Jesus was later moved, are held by the French National Library in Paris.

21. Did Jesus travel to France while still alive?

For centuries legends and folklore have described Jesus surviving the crucifixion and fleeing, in company with Mary Magdalene and in some cases with his mother as well, to southern France. During his remaining lifetime, according to the legends, the church born of his followers in Palestine spread, including to the region in which he resided. One such legend is that Jesus died at the Church of Sainte Salyvre in Languedoc, and that his embalmed body was transported to a nearby chateau, where it was buried. It was later moved to a secret location at or near Pic de Bugarach.

Another church in the French region of Provence claims to have within its midst the tomb of Mary Magdalene. The church, the Basilica de Saint Maximin La Sainte Baume (Sainte Baume refers to Holy Balm) is dedicated to Mary Magdalene, and has been the destination of pilgrimages for centuries. Pic de Bugarach is the highest peak in the Corbieres. It has long been associated with not only religious pilgrimages by those who believe in the legends of Jesus’ life in southern France, but with visitations by extraterrestrials by those inclined to believe in such activity. Despite is height, the mountain is relatively easy to climb without the use of special equipment by those sufficiently physically fit to handle the decrease in oxygen.

The Book of Mormon is just one source which describes Jesus visiting North America and Mesoamerica, appearing among the Israelite people who had traveled to the continents later known as the New World to escape the Babylonian captivity. Those Israelites, according to the belief, traveled to the Americas about six centuries before the events described as the life of Jesus in Judea occurred. But there were still older legends among the ancient peoples of Mesoamerica, including those of Quetzcoatl and Viracocha, which indicated an appearance centuries before those described in the Book of Mormon.

In the Book of Third Nephi, Jesus appears before the people, identifies himself as Jesus Christ, and displays the wounds from the crucifixion in his hands and feet, as well as invites them to, “thrust your hands into my side…” Thus the presence of Jesus in the Americas would be one which followed the events of his death and resurrection described in the Christian gospels, though the appearances linked to the myths and legends of the ancient Mesoamerican tribes would have occurred centuries earlier.

Despite numerous texts contained in the Apocrypha, life in the home of Jesus, and Mary and Joseph and their children is reduced to the short description in Luke. The adolescent years of Jesus are not addressed at all, unless one considers the age of twelve to be part of adolescence. Interestingly the Infant Gospel of Thomas, Chapter 19, verse 5, contains a passage which is reflective of Luke 2:40. The passage in Thomas, which describes events following the appearance of the twelve year old Jesus before the temple scholars, reads: “…And Jesus increased in wisdom and stature and grace.”