20 Inventors Killed by their Own Inventions

20 Inventors Killed by their Own Inventions 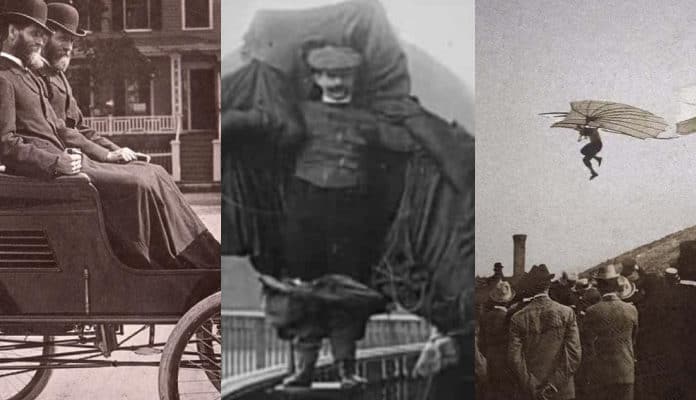 Great inventors have been at the forefront of human history. In their studios, workshops or laboratories, these men and women have pushed boundaries. Unwilling to accept things as they are, they have dreamed of how things could be. And, in many cases, they have been willing to take risks, to try something new and to step into the unknown. Often, this has worked out well. With great risk can come great reward, and fortunes have been made and Nobel Prizes won by inventors who were prepared to go the extra mile.

But sometimes things don’t work out so well. Over the centuries, inventors have been injured in the line of work. Some have even been killed by the very things they designed and gifted to the world. Of course, in many cases, this was almost to be expected. The early pioneers of aviation or the men who invented cars knew they were putting their lives on the line. Some even accepted death as a price worth paying for progress. But sometimes inventors died in unexpected ways, like working on a new breakthrough in the laboratory.

So, from the men who dreamed of soaring like birds to the women who gave their lives in the name of science, here we salute 20 fearless inventors killed by their own inventions:

20. Valerian Abakovsky died while travelling in the super-fast train he invented for the Soviet elite

The Aerowagon looked like something out of a steam punk universe. A railway car fitted with an aircraft engine and with a propeller on the back, it was capable of reaching speeds of up to 140kmph. So, when it was unveiled by its Russian inventor Valerian Abakovsky in 1917, the elite leaders of the Soviet Union quickly took notice. They ordered a test run of the new machine, and the inventor duly agreed. In July of 1921, with the rails ready, the Aerowagon set off from Moscow, speeding its was to the industrial city of Tula, some 200km away. The first trip was a complete success. However, on its return to Moscow, disaster struck.

The Aerowagon derailed at top speed. Somehow, 16 of the 22 people onboard that day survived the crash. However, Abakovsky himself was among the fatalities. He was just 25-years-old. Also killed were the British delegate to the Soviet Union, the German delegate and the Australian delegate. Perhaps embarrassed by the incident, the Soviet authorities cancelled the Aerowagon project. However, Abakovsky’s vision continued to inspire engineers around the world, including in the United States, where the jet-powered M-497 Black Beetle train ran for more than a decade.