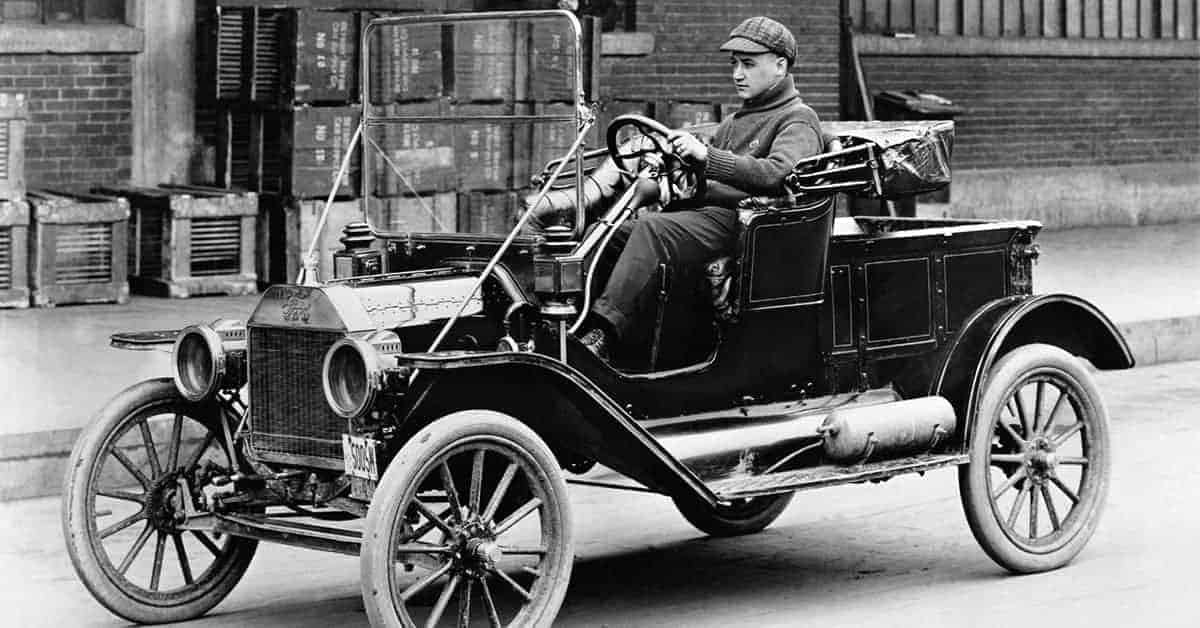 The Ford Model T is one of the most famous cars ever produced. It isn’t because it was first or anything like that, but more because it was much cheaper than anything that had come before. The reason behind this is that the Model T was the first car to be mass-produced in an assembly line fashion instead of being hand crafted by one individual. This completely revolutionized the car manufacturing industry, making cars more plentiful and much less expensive. It should be noted that Henry Ford did not invent the assembly line, as is often believed. That credit should go to Ransom E. Olds, who produced the Oldsmobile Curved Dash in 1901.

The Model T was so popular when it came out that it still ranks as one of the best-selling cars ever produced. According to the site AutoBlog, the Model T is the 8th best-selling car of all time. It is joined on the list by other popular cars like the Honda Civic and the Toyota Corolla. By the time the production ended in 1927, the Model T had sold over 15 million units.

It was because of the ease of production (more cars to sell) and the price (easier for people to afford) that the Model T helped introduce the automobile to the middle class when it had previously been only affordable by the upper class.

When asked about the reasons why he was producing the Model T in such a fashion, Henry Ford said: “I will build a car for the great multitude. It will be large enough for the family, but small enough for the individual to run and care for. It will be constructed of the best materials, by the best men to be hired, after the simplest designs that modern engineering can devise. But it will be so low in price that no man making a good salary will be unable to own one ”

While Olds may have been the first to use the assembly line, it was Ford who perfected it. The Model T was almost an instant success. By the end of the first week of production, 15,000 orders had been placed. The higher yield of the assembly line manufacturing process, allowed Ford to meet those orders, and to keep churning out Model T’s. The more he made, the cheaper it became and the more refined the process got.

Without the influence of the Model T and the assembly line, automobiles may have stayed out of the reach of the middle class. Today more than 1 billion vehicles of all sorts grace the streets of Earth. In the United States, there is one car for every 1.3 people, and the number of cars sold each year continues to increase. Today cars range from around $12,000 to well over $1 million. Who knows where we would be with out the Model T?