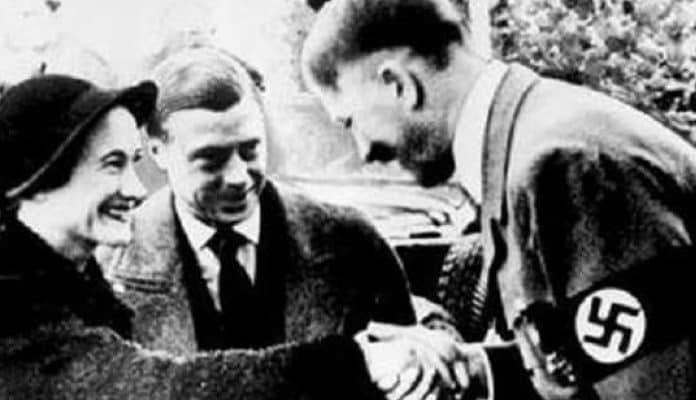 The drumbeat of scandals has been steady and unceasing over the past few years, and you can hardly turn on  the news or crack open a newspaper without finding a reminder. However, if it is any relief, and also because misery loves company, it might come as some comfort to know that we are not alone. Other people around the world and over the ages have endured scandals that put many of ours to shame. Following are twenty fascinating historic scandals from around the world.

20. The British King Who Was a Hitler Fanboy

King Edward VIII is often remembered as the romantic monarch. For many, what first comes to mind when his name crops up is that he was the king who chose love over power, and abdicated the British throne in order to marry his American mistress, the divorcee Wallis Simpson. What attracted less attention over the years – in no small part because the British government went out of its way to downplay it and conceal the evidence –  is that Edward was a Nazi sympathizer. Indeed, in 1937, a year after his abdication, Edward and his wife toured Nazi Germany, in defiance of the British government’s advice, where they were lionized by the Nazis and honored by Hitler.

It was not surprising, considering that Edward was an antisemite, who blamed the Jews for the outbreak of WWII. In June of 1940, he told a Spanish diplomat that peace could be had if England was bombed effectively. Two weeks later, the Germans began bombing Britain. British officials told Prime Minister Winston Churchill that Edward, who was living in Portugal at the time, was “well known to be pro-Nazi and may become a center of intrigue”. Churchill forced him to return to Britain with the threat of prosecution, then bundled him to effective exile, as governor of the Bahamas.