10 of History's Most Scandalous Popes 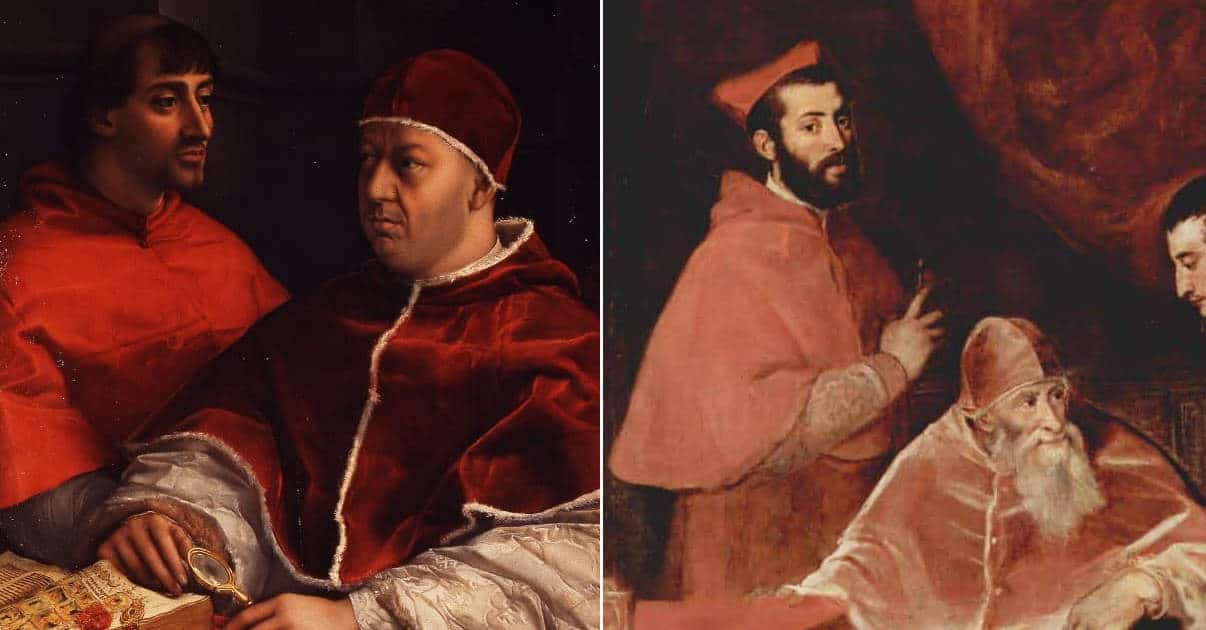 10 of History’s Most Scandalous Popes

Julius III Was a Pedophile Who Flaunted His Pedophilia

Julius III (1487 – 1555), was a career diplomat who became pope and head of the Papal States from 1550 until his death five years later. As pope, he took some half hearted stabs at reforming what had become a notoriously corrupt Catholic Church, but he much preferred to spend his time in the pursuit of pleasure. In his case, pleasure meant devoting himself to pedophilia with adolescent boys, and his notorious pedophilic pursuits tarnished his reputation and that of the Church.

Born Giovanni Maria Ciocchi del Monte, he was a nephew of an influential archbishop and cardinal, who helped him ascend the church hierarchy. He became a cardinal in 1536, and a papal legate who undertook various diplomatic missions on behalf of the Holy Father. In 1550, he was elected pope as a compromise candidate, after the College of Cardinals deadlocked between rival French and German candidates. He assumed the name Julius III.

Once on the papal throne, Julius exhibited little interest in papal affairs. Instead, he looted the Church treasury to renovate his mansion in Rome, splurging on the best, including Michelangelo, to transform his residence into a magnificent palace. However, that was not the most scandalous thing about his pontificate. That distinction goes to his love of young boys and proclivity for sex with kids, which was abundantly clear to all who set foot in the papal residence. Julius’ mansion was full of statues and frescos of boys having sex with each other, as the pope flaunted his passion for molesting children.

The greatest of Julius’ controversies was the “Innocenzo Scandal”, named after a handsome 13 year old beggar with whom Julius fell passionately in love. He had the street urchin adopted into his family, then made the uncouth and barely literate Innocenzo a cardinal and showered him with church offices and benefices. The boy shared the pope’s bed, and on the rare occasions when he was absent from Rome, Julius fretted until he returned with the impatience of a lover pining for a mistress. The besotted pope also openly boasted of Innocenzo’s prowess in bed, and ignored all advice that his unseemly passion for the teenager opened him to ridicule as an old pervert.

However handsome Innocenzo was not the first teenage lover made cardinal by this pope. That distinction went to another of his boy lovers, a 16 year old whom Julius III made a cardinal as a reward for his bravery, because he did not cry after he was bitten by one of the pope’s pet monkeys. The pope’s contemporaries wrote that it was his “costume … to promote none to ecclesiastical livings, save only his buggerers“.

All That is Interesting – Better Know a Pope: Benedict IX