18 Details in the Daily Life of a Bootlegger During Prohibition 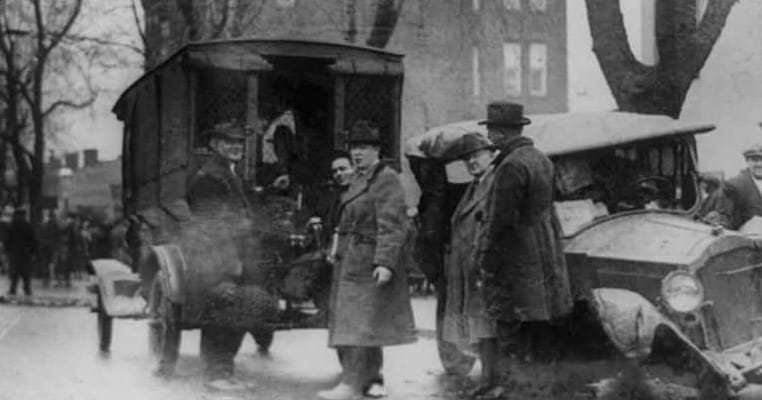 18 Details in the Daily Life of a Bootlegger During Prohibition

Bootleggers preferred to manufacture their own alcohol or steal it from other bootleggers in order to hold down expenses, which as has been seen were considerable. But there was another source of illegal liquor available in the United States which had been illegal for years, manufactured mostly in the Appalachian Hills, by distillers trying to avoid taxes. It was high-proof liquor, distilled from corn and other grains, and could be cut with water and flavored to create other beverages, such as liqueurs and cordials. It was and is called moonshine, because the distillers often worked their stills under the light of the moon.

The large urban bootleggers were at their worst in Appalachia, desirous of the product, but unaware of the customs and traditions of the hills. After purchasing the moonshine it was delivered to shipping points by family members or friends of the moonshiners, if not the moonshiners themselves, paid for in cash. Once in the hands of the bootleggers it was shipped to their warehouses where it was used as the base for several different beverages which appeared in the northern speakeasies as Scotch, rye, bourbon, or even, if properly flavored, as brandies of various types.

Because it appeared on tables and bars as being something other than what it really was, moonshine did not become popular in the north during Prohibition, though much of it was sold there. The bootleggers did little, if anything, to extend their protections to the moonshiners, who often were forced to deal with local sheriff departments on their own, as well as the tax collectors with which they had always contended, known to them as revenuers. Although most bootleggers were forced to find other ways of making a living after the repeal of Prohibition, most of the moonshiners continued to distill illegal whiskey, as do many in the twenty-first century.

For the most part, it behooved a bootlegger to remain incognito, unrecognized in his profession other than by his customers. Not so for Al Capone. The syndicate which he built and which operated under his iron hand throughout most of Prohibition was one of the largest in the country. At one time he had over 1,000 employees, in Chicago of course, but also in Detroit, New York, St. Louis, and on the French islands below Newfoundland.

By the late 1920s, Capone’s syndicates were making, according to the Chicago Crime Commission, about $60 million annually. The violence associated with Prohibition is indelibly linked in the public mind to Capone, but he was involved in many other illegal rackets as well, including prostitution, narcotics, gambling, extortion, arson, hijackings, murder, and many others.

Capone built his criminal empire on bootlegging, and he paid his workers well, though he also disciplined them harshly. Still, though he never announced that he was a bootlegger, he did tell reporters that he “gave the public what the public wants.” The bootleggers that worked for him were under his thumb, and he gradually eliminated virtually all of his competition.

Women were widely believed to be subject to more lenient treatment in the courts and by the police if arrested, and for this reason, many were recruited by bootleggers to serve alcohol at businesses frequented by women. Beauty parlors and tea rooms became places of resort for women who did not want to gain disrepute by entering a speakeasy unescorted, but nonetheless wanted a glass of wine or an alcoholic concoction.

Bridge parties and teas served at home became places where the bootlegger’s services and products were welcome, and with many women aghast at the idea of associating with so seedy a character as a male bootlegger, female bootleggers carved out their own niche, which expanded to diners and other businesses run by women.

Of course brothels, which were often frequented by the political powers of the cities and towns in which they were located, were a source of illegal alcohol as well, and nearly all of them were run by madams, who ran them more or less independently of the bootlegging syndicates, though it was from them that they obtained their product. The quality of the liquor served was one factor on which many brothels were rated, and the madams of some served the best liquor in town. 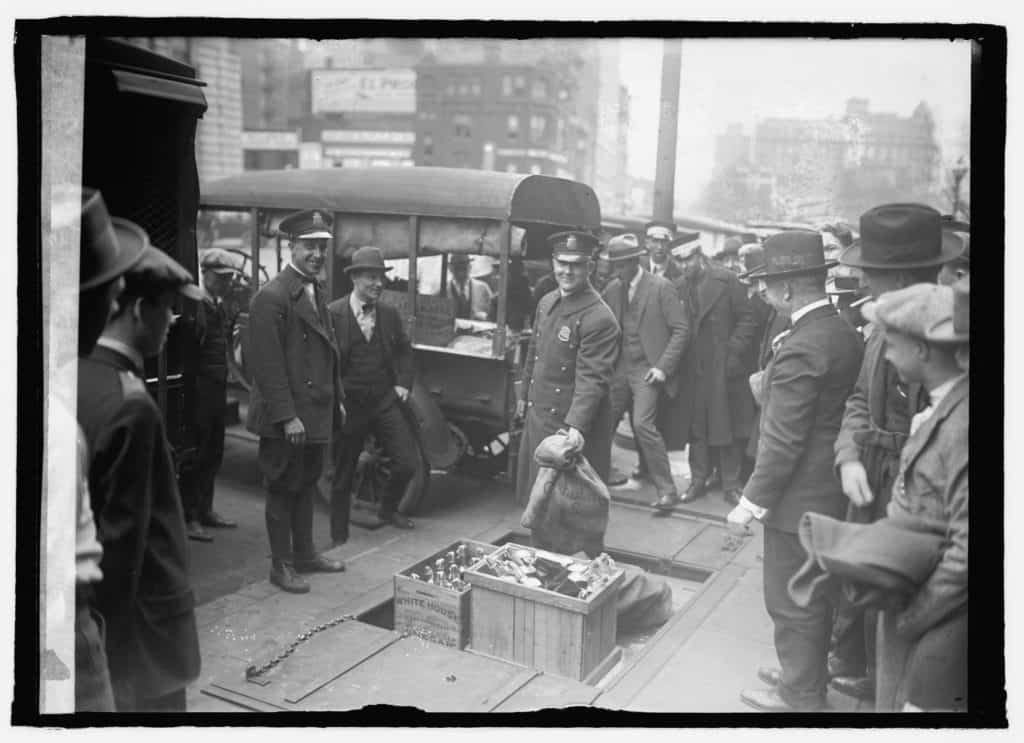 Life as a bootlegger

No matter where he or she stood on the supply chain, the life of a bootlegger was not an easy one. There were many hands to be greased, products to be monitored, officials to be dodged, and competitors to be dealt with. But for many bootleggers, it was a highly lucrative trade, and for the most part, one with upward mobility if one proved his ability on the job.

By the late 1920s the manufacture, transportation, distribution, and sale of liquor, all of which was against the law of the land, was the leading business in the United States according to some estimates, both in number of employees and in revenues generated. The loss of taxes collected by the government was one of the biggest factors in the repeal of nationwide Prohibition in the early 1930s. By then the country was mired in the Great Depression and the government needed the money.

In the many dry counties and communities which remained in the United States following Prohibition, the profession of bootlegger remains, seen in the moonshiners of Appalachia and elsewhere. They encounter the same risks and reap the same rewards as the bootleggers of the Roaring Twenties, providing a source for alcoholic beverages in regions where the powers that be are determined to protect people from their own lack of moral fiber and character.

“A Bootleggers Story Part I, How I Started”, anonymous, The New Yorker, September 25, 1926

“Last Call: The Rise and Fall of Prohibition”, by Daniel Okrent, 2010

“American Walks into a Bar”, by Christine Sismodo, 2011

“Said Chicago’s Al Capone: ‘I Give the Public What the Public Wants'”, by John G. Mitchell, American Heritage Magazine, February/March 1979

“Deliver Us from Evil: An Interpretation of American Prohibition”, by Norman H. Clark, 1976