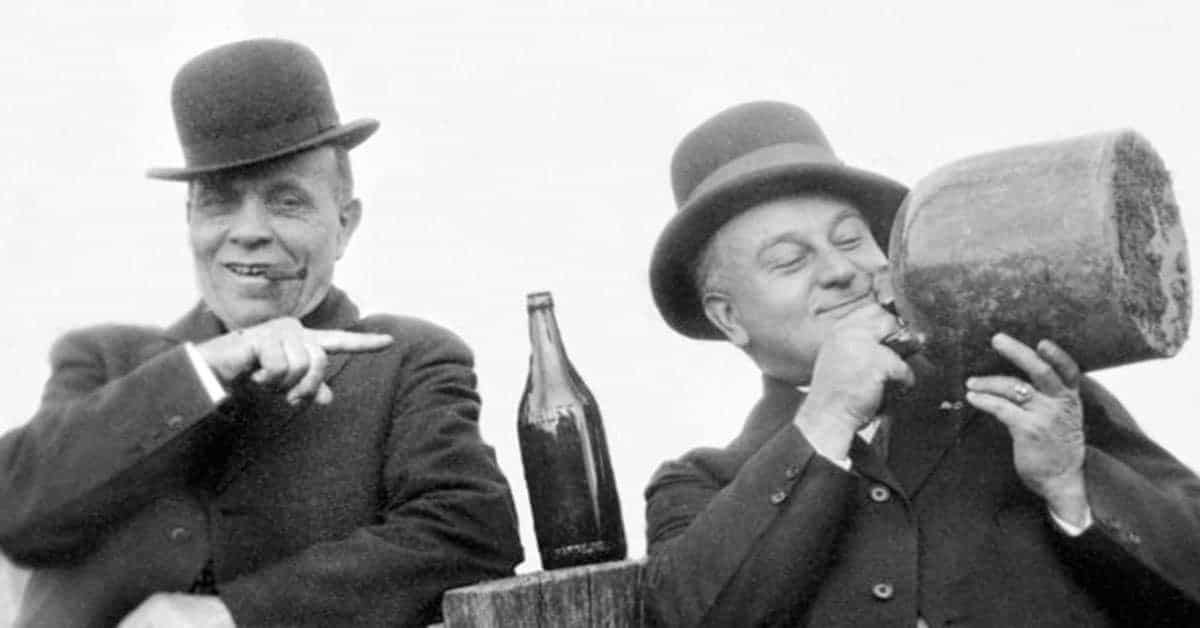 In the early 19th century many people within the United States grew tired of what they saw as rampant alcoholism and the problems that came with it. The increase in family violence and saloon based political corruption due to alcohol consumption was the final straw for many Protestants and Progressives who just had enough.

The Woman’s Christian Temperance Union spurred a national movement against alcohol and their initiatives were successful when the Eighteenth Amendment to the United States Constitution was passed in 1920. The amendment banned the production, transport and sale of alcohol for consumption.

At first the laws were largely ignored. Organized crime filled the gap created by the 18th amendment and the Volstead Act which restricted legal access to alcohol. Large cities began to have crime rings that made sure those who wanted it, had plenty of access. Getting the alcohol after production shut down was a bit of a problem, but there were plenty of men willing to fill that gap as well.

Crime bosses had their methods and didn’t always have to rely on a bathtub. Others found that making their own moonshine and bootlegging was the best way to get their alcohol. Moonshiners would make their brew deep within the woods and either kept it for themselves or sold it to make a profit.

Moonshine is a form of whiskey that is illegally distilled and often using corn mash as its main ingredient. It became a vital source of income for people in the Appalachian region because the lack of roads made it difficult and expensive to transport corn crops. A horse could haul ten times more value in whiskey than it could carry in corn and therefore moonshine was a way for farmers to provide for their families even before prohibition.

Once the 18th amendment was passed many moonshiners, as the men who made moonshine were called, had to find ways to hide their operations. They could not afford to stop selling their whiskey and many were happy to take advantage of the increase in price they could charge due to the increased risk of producing and distributing the moonshine. Even after the repeal of the 18th amendment in 1933, moonshine was still an illegal practice due to the fact that it was not taxed.

The Volstead Act was passed in order to carry out the intent of the 18th amendment. It created regulation for the production of alcohol for use in industry and research while preventing the production and sale of alcohol for consumption. However, there was very little done to help law enforcement to find, catch and persecute men who were breaking the law.

While the rise in cases might seem like law enforcement were doing a good job of fighting those who broke the law, they lacked the resources to have any significant enforcement of the law. In 1925 there were anywhere from 30,000 to 100,000 speakeasies in New York City alone. The police were so ill-quipped that at times clergymen were called upon to form vigilante groups that would help catch bootleggers.

When it came to moonshiners, it was the rough terrain that prevented law enforcement from stopping them. There were valleys, mountains, lakes, swamps and endless forests for moonshiners to hide their stills and even some of the largest operations went completely undetected throughout the years of prohibition.

Despite this, moonshiners always had the fear that they would be one of the thousands of people a year who did get caught and they took every precaution to make sure they would not be found. One of the most unique ways that moonshiners would hide their moonshine was through the use of cow shoes.

In order to protect their stores and their operation, moonshiners would use the terrain to their advantage. They would put their distilleries deep into the woods where they would be hard to find to anyone that did not know the way. One of the ways that the authorities would be able to find these hidden stills was to follow the tracks of suspected moonshiners. It was a good bet that footprints leading into the woods would lead to a moonshine operation.

Moonshiners caught on quickly and found a way to fool the authorities that allowed them to keep the alcohol flowing. In order to hide their tracks in and out of the forest they would employ what was called the “cow shoe.” The cow shoe is believed to have its origins in a Sherlock Holmes story in which a crook uses fake cow hoofs on the feet of his horse in order to escape detection.

Moonshiners decided that they could do the same thing in order to hide their footprints. By attaching cow hooves to the bottoms of their shoes they could make the trail look like that of a lost cow and not that of a moonshiner.

The cow shoe, much like the Sherlock Holmes story, did not use actual cow hooves. Instead it was a metal strip that was tacked onto a wooden block. The wooden block was then carved to look like two cow hooves and strapped to a man’s foot or attached to the bottom of their shoes. The use of cow shoes was discovered early on in prohibition days. One pair was found in Port Tampa was sent to the prohibition department in Washington.

The shoe was described in a Florida newspaper in 1922 which led to many people, including the authorities, knowing a great deal about the moonshiners’ ingenious way of preventing detection. The knowledge of the shoe didn’t immediately stop its use nor did it stop the moonshiners who just continued to think of new ways to evade police and get their product to an increasingly thirsty public.

It was not long before the terrifying effects of prohibition led to discussions of better enforcement or repeal. Crime had increased by 24%, homicides were up 12.7% and drug addiction was up by 44.6%. Organized crime, bootlegging and moonshiners never stopped no matter what the government did to try and enforce prohibition. The government grew increasingly desperate and even went as far as to poison industrial alcohol which led to thousands of deaths.

In the end the government deemed that prohibition was more dangerous that allowing the legal consumption of alcohol. According to one moonshiner most of the leaders of government were just as guilty as the rest with some claiming that as many as 80% of representatives and senators continued to consume alcohol during prohibition. In 1933, the Twenty-First Amendment was ratified and it completely repealed the Eighteenth Amendment.

Sadly, there was little that could be done to roll back the clock. Organized crime had flourished due to the massive amounts of cash that had flowed into their pockets for over a decade. All that cash allowed to them to expand and continue their operations. Moonshiners went back to business as normal, getting the profits they were used to for their moonshine which continued to be much more valuable than corn itself.

The years of prohibition had taught the moonshiners had to be even more cunning and they were able to continue their operations even as moonshine skirted the edge of the law due to being un-taxed alcohol.