12 of History's Most Influential Poets, From Ancient Times Until the 20th Century

12 of History’s Most Influential Poets, From Ancient Times Until the 20th Century 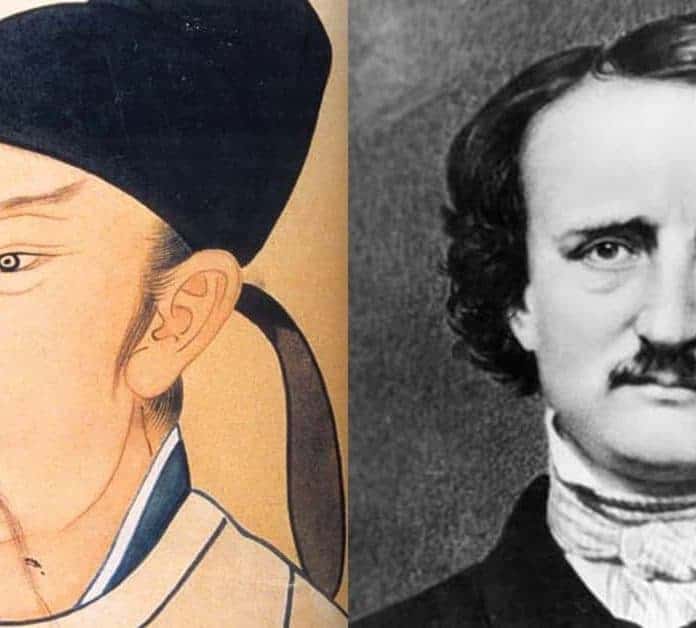 Throughout most of human history, before literacy became widespread, poetry was the most common means of cultural dissemination. Rhyming verse likely first emerged around hunter-gatherer campfires as a means of group entertainment, as those gathered around pitched their contributions of rhyme. Some must have been better than the rest at wordplay, and thus emerged the first poets. Aside from entertainment, rhyming words lend themselves to memorization, and before the invention of writing to record things, poems became the most reliable means of transmitting information deemed valuable

Aside from entertainment, rhyming words lend themselves to memorization, and before the invention of writing to record things, poems became the most reliable means of transmitting information deemed valuable within groups, and preserving it to pass on to future generations – a methodology still followed by primitive tribes and hunter-gatherer groups around the world.

That legacy of gathering around and rhyming words around a campfire never left the species, and poetry continued to resonate with mankind long after we abandoned hunting-gathering and settled down in villages, towns, cities, and megalopolises. Across the millennia, regardless of differences in language, poetry seems to have touched something in the human spirit and spoken directly to human hearts such that hardly any culture failed to develop a poetic tradition and produce its share of poets.

Following are 12 of history’s most influential poets other than Shakespeare: the Bard stands in a one-man league of his own.

Sing, Goddess, Achilles’ rage,
Black and murderous, that cost the Greeks
Incalculable pain, pitched countless souls,
Of heroes into Hades’ dark,
And left their bodies to rot as feasts
For dogs and birds, as Zeus’ will was done.
Homer – opening verses of the Iliad

Homer (circa 8th century BC) is the name ascribed to the author of the Iliad and Odyssey, ancient Greece’s national epics and the centerpieces of their literature and culture. Homer’s epics are arguably history’s most influential poems. They shaped not only ancient Greek culture, which viewed the epics as sources of moral and practical instruction, but exerted an outsize influence on Western culture in general.

Greek tradition has it that Homer was a wandering blind bard from Chios in Ionia, a region of former Greek settlement on the western coast of modern Turkey. However, there is no scholarly consensus on whether those poems were actually the work of a single author, or the outcome of a process spread over generations, and to which numerous poets contributed.

The poems, first composed during a centuries-long period of societal and cultural collapse, known as the “Greek Dark Ages”, in which literacy had vanished, were likely transmitted orally for generations, until writing was rediscovered. Composed to be memorized and sung, the poems utilize a formulaic style and structure that relies heavily on stock phrases and repeated verses that lend themselves to memorization.

Memorization was further eased by reliance on a number of fixed phrases to express ideas in similar parts of verse, such as referring to Odysseus with the single word “divine”, two worded “many counseled”, or three worded “much-enduring divine” depending on where “Odysseus” is inserted in a verse, and how much space is left in that verse that needs filling for it to come out in the desired hexameter. In essence, once a bard learned the limited number of stock phrases, he need not memorize the entire poem, such as the 16,000 verses of the Iliad, but only the key words. Once a particular word is mentioned, the singer need simply select from the limited number of  appropriate stock phrase, depending on where in a verse the key word is mentioned.