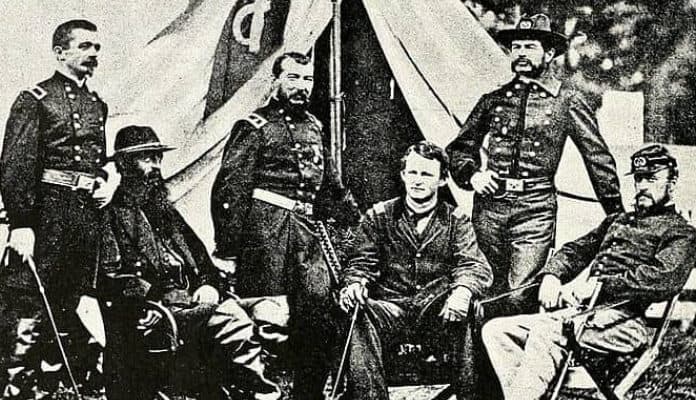 The men who fought the Civil War in the ranks of the Confederate and Union Armies shared many similarities, while they also exhibited many differences. In both armies the men were usually between the ages of 19 and 29, white, of a Protestant faith, about 5’8”, and weighed just over 140 pounds. The overwhelming majority were born and raised on farms. Those from the South considered themselves to be Virginians, or Mississippians, or Georgians, while those in the Union Army identified as Americans. Though mostly farmers, the ranks of both armies were also filled with the tradesmen of the day, carpenters and wheelwrights, leatherworkers and printers, dentists and apothecaries. Here are some of the similarities and differences between “Billy Yank” and “Johnny Reb”.

1. They were for the most part trained in the same manner

The senior officers of both armies were for the most part trained in the military arts at the United States Military Academy at West Point. Besides the officers of the contending armies sharing that common bond, they also shared the training in methods of leadership and discipline over the men under their command. Men of the Confederate Army fell under regulations and a code of conduct which was all but the same as that of the Union, subject to similar discipline and military bearing. As the war went on, Southern troops found it more difficult to maintain regulation military appearance, as uniforms and equipment wore out and an inadequate supply system failed to replace them, a problem not often encountered by the Union troops.